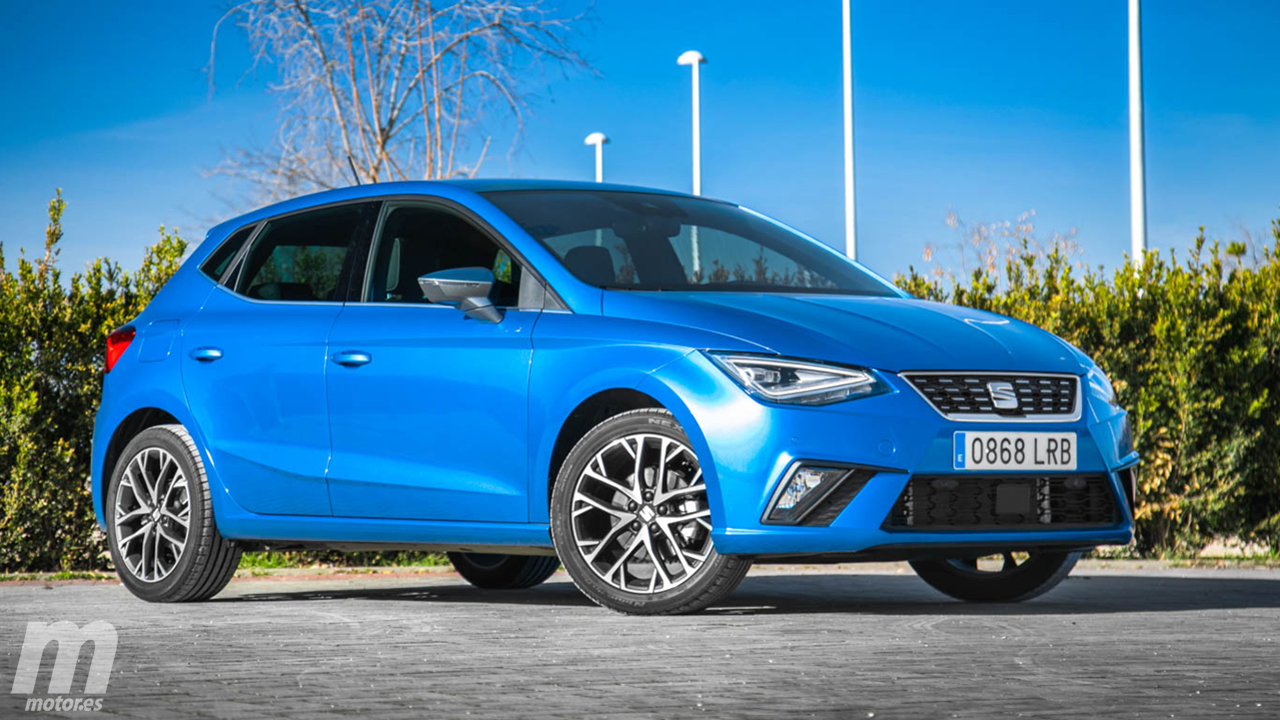 These are not good times for the SEAT Ibiza. The rise of SUVs has made the incombustible Spanish utility lose ground. One of the main rivals of the SEAT model is at home. In addition, and in a context in which the industry is accelerating its transition to electric mobility, the Ibiza continues to bet on conventional mechanics. The future of the iconic tourism goes through a total reinvention and electrification.

The time has come for SEAT
decide what you will do with one of your most iconic and important models. A vehicle whose commercial name is linked to the modern history of the Spanish automotive industry. Of course we talk about Seat Ibiza, a model that, for a long time, has been dealing with really turbulent times. There are not a few challenges that this iconic utility vehicle must face.

In the recent past, a good part of the SEAT company has been supported by the Ibiza. A model that has been playing a leading role in the competitive B-segment. However, and for a few years, the inexhaustible Spanish tourism has shown signs of exhaustion. Can SEAT reverse this situation and restore all its splendor? It is a really ambitious challenge, although it is within the reach of a company like SEAT.

The Ibiza, like the rest of the utilities that deal in the same category, are no strangers to the so-called “SUV fever” that plagues the Old Continent. The popularity of subcompact SUVs continues to grow at a rapid rate and they already command a significant share of the market. Moreover, they have been able to displace their conventional alternatives to a second and even third level.

Unfortunately The Ibiza has had to deal in recent years with the indisputable commercial success obtained by the SEAT Arona. A model that, let us remember, was the best-selling car in Spain in 2021. If we look back, we will see that in 2019 the Arona was already about to overtake the Ibiza. They practically tied. And since 2020, SEAT’s small SUV has been imposed on the Ibiza.

* Sales corresponding to the first quarter of 2022
** The SEAT Arona arrived on the Spanish market in 2017, which is why it had such low sales in that year

It is a true reflection of the reality of the market. But not only the Ibiza must rival the SUV alternative that exists in your own home. We find similar examples in other automobile companies such as the relationship between the Volkswagen Polo and the Volkswagen T-Cross as well as the Peugeot 208 and the Peugeot 2008, to name a few.

The development of a hypothetical sixth generation SEAT Ibiza

The current generation of the Ibiza, the fifth, landed in dealerships back in 2017. About a year ago, in April 2021, a facelift was introduced. A mid-cycle update that will allow this generation to face the rest of the commercial life that lies ahead. A hypothetical new generation of the Ibiza should be ready to see the light, approximately, in 2025.

SEAT has a short space of time to make a decision that will be vital for the immediate future of one of its star projects. Will there be a new generation of the Ibiza? Taking into account the usual timeframes that a generational change needs to materialize in a series production vehicle, the firm from Martorell must start up all the machinery. Now, there are also more options on the table.

Read:  Exclusive - Audi A4 e-tron 2024, the keys to the future Premium electric saloon

Taking into account the particular “perfect storm” that is hitting the market for new cars, and also used cars, it is not ruled out that SEAT opts for an option with which to buy some time. At least a couple of years. And it is neither more nor less than the development of a second “facelift”. A new facelift with which to modernize, as far as possible, the veteran Ibiza.

The long-awaited commitment to the electrification of the SEAT Ibiza

A second update of the fifth generation It will be key for SEAT to really analyze what future it wants for the Ibiza. And it is that, if you keep it in your portfolio, there are several problems to solve. The first of these has to do with electrification. At the moment there is no electrified mechanics in the Ibiza range. Not even at a low level by resorting to 48-volt light-hybrid (MHEV) technology.

The only version of the Ibiza that allows access to the ECO environmental label of the DGT (General Directorate of Traffic) is the TGI model that equips a bifuel mechanism adapted to the use of CNG (Compressed Natural Gas). However, and due to the price of gas, the purchase of the Ibiza TGI is practically ruled out in the eyes of an individual or professional.

Video comparison of the SEAT Ibiza with one of its main rivals, the Citroën C3

At this point we must remember the words made by Wayne Griffiths, CEO of SEAT, who stated not long ago that CUPRA has preference over SEAT to bet on the electric car. Some comments that were more recently ratified by Herbert Diess, CEO of the Volkswagen Group. What’s more, at the moment the SEAT brand itself has been left out of the Volkswagen Group’s family of small electric cars. Some electric cars that, curiously, will be manufactured by the SEAT company. Logically in Martorell.

These future small electric cars from the CUPRA, Skoda and Volkswagen brands will be B-segment utility vehicles. Had the SEAT firm been included, we would have witnessed the birth of a model that we could roughly describe as an electric Ibiza.

Returning to those statements by Griffiths, it was highlighted that SEAT will focus on efficient internal combustion engines and hybrid technology. This opens the door so that, if there is a new generation of the Ibiza in the coming years, it does not have a 100% electric variant in its mechanical offer, instead offering hybrid engines.

What it really looks like complicated that the hypothetical sixth-generation Ibiza follows in the footsteps of the new Skoda Fabia which arrived at dealerships in 2021. The Skoda model, in its recent generational change, still does not bet on electrification. Both models make use of the same architecture, the Volkswagen Group’s MQB A0 platform.

It is difficult to glimpse a future without the SEAT Ibiza

Dropping the Ibiza would be a serious setback for SEAT. A lunge that the Spanish company would hardly be able to get out of. At least in the eyes of the national public. It is a very important name that, one way or another, must be kept in the portfolio. Either completely reinventing the model, or giving it the confidence that has been earned with a new generation. And it is that, unfortunately, these are not good times for B-segment utilities.