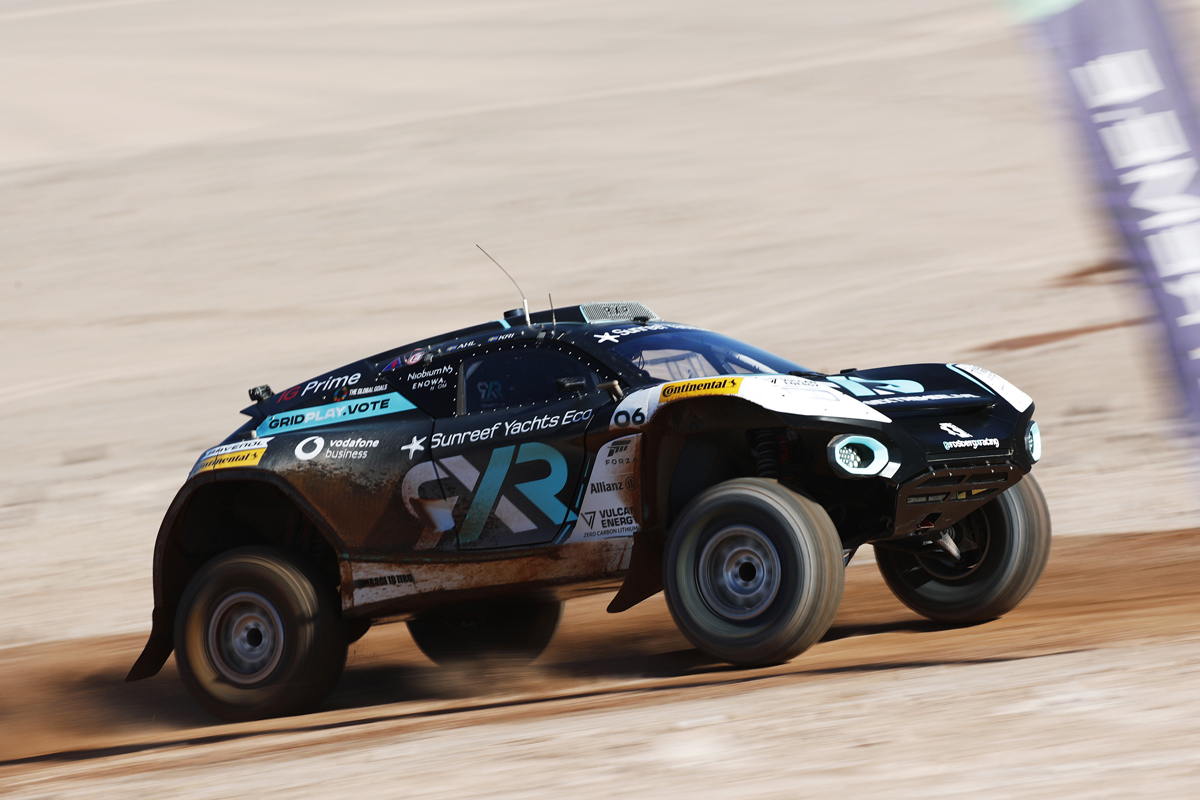 RXR and ACCIONA have taken the top places in Semifinal 1, while X44 and Abt CUPRA have dominated Semifinal 2. McLaren XE takes the last ticket to the final with a certain dose of controversy.

The Extreme E Copper X-Prix semi-finals went according to plan and the four strongest teams have secured a ticket to the final. RXR, ACCIONA, X44 and Abt CUPRA will battle it out in the last round of the event held in the Atacama desert. McLaren XE has managed to take the last place in the final by winning, not without some controversy, in the ‘Crazy Race’.

The last day of the Copper X-Prix began with the dispute of the first semifinal. Laia Sanz had a great start with the Odyssey 21 to move ahead of Mikaela Ahlin-Kottulinsky and Catie Munnings. The Andretti United driver lost valuable time in the first meters due to the mud that her windshield wipers could not remove.

RXR, ACCIONA, X44, Abt CUPRA and McLaren XE will battle it out in the grand finale of the Copper X-Prix in Chile

The first two laps of the first semifinal were the domain of Laia Sanzbut once the ‘Switch Zone’ was reached and the drivers changed, the tables turned. The RXR team did a better job and the 4×4 of the leaders managed to come out ahead of the Spanish team car. Johan Kristoffersson did the rest during his relay.

With great driving Kristoffersson led the RXR team to victory with a noticeable margin. For its part, Carlos Sainz finished second with the ACCIONA car, although he had to grit his teeth on the last section of the track to avoid being caught by Timmy Hansen. The short difference between the two Odyssey 21 it made more painful the time lost by Munnings at the beginning because of the mud.

Index hide
1 Loeb and Gutiérrez do not fail
1.1 ‘Crazy Race’ with controversy

Loeb and Gutiérrez do not fail

The second semi-final did not offer any surprises either. Cristina Gutiérrez had a flawless start with the X44 car to place ahead of Sara Price and Klara Andersson. All in all, the debutante showed signs of her talent and Andersson assaulted second place with the Abt CUPRA car. Jutta Kleinschmidt’s replacement managed to take the 4×4 in second place to the ‘Switch Zone’.

Sébastien Loeb finished off the work of ‘Tortu’ to achieve victory with an Odyssey 21 from the X44 team, a car that has changed its colors in this event. For its part, Nasser Al-Attiyah did not fail either and got second place ahead of Kyle LeDuc. Thus, the two favorites obtained the two tickets at stake for the grand final of the Copper X-Prix.

The ‘Crazy Race’ closed the first competitive assault of the day in a duel between the four slowest teams in the qualifiers. However, the show was capital thanks to the duel between Emma Gilmour’s McLaren XE and Timmy Hansen’s JBXE car. The Swede prevailed, but after the driver change the tables turned and the race turned in favor of McLaren.

Tanner Foust hunted down Hedda Hosas, but the two Odyssey 21s touched after a jump in which neither of the two pilots managed to keep their 4×4 straight. An incident that served Timo Scheider to place second with the XITE Energy car, although the German was unable to take the lead from Foust. The absence of sanction allowed McLaren to get the last ticket to the final.