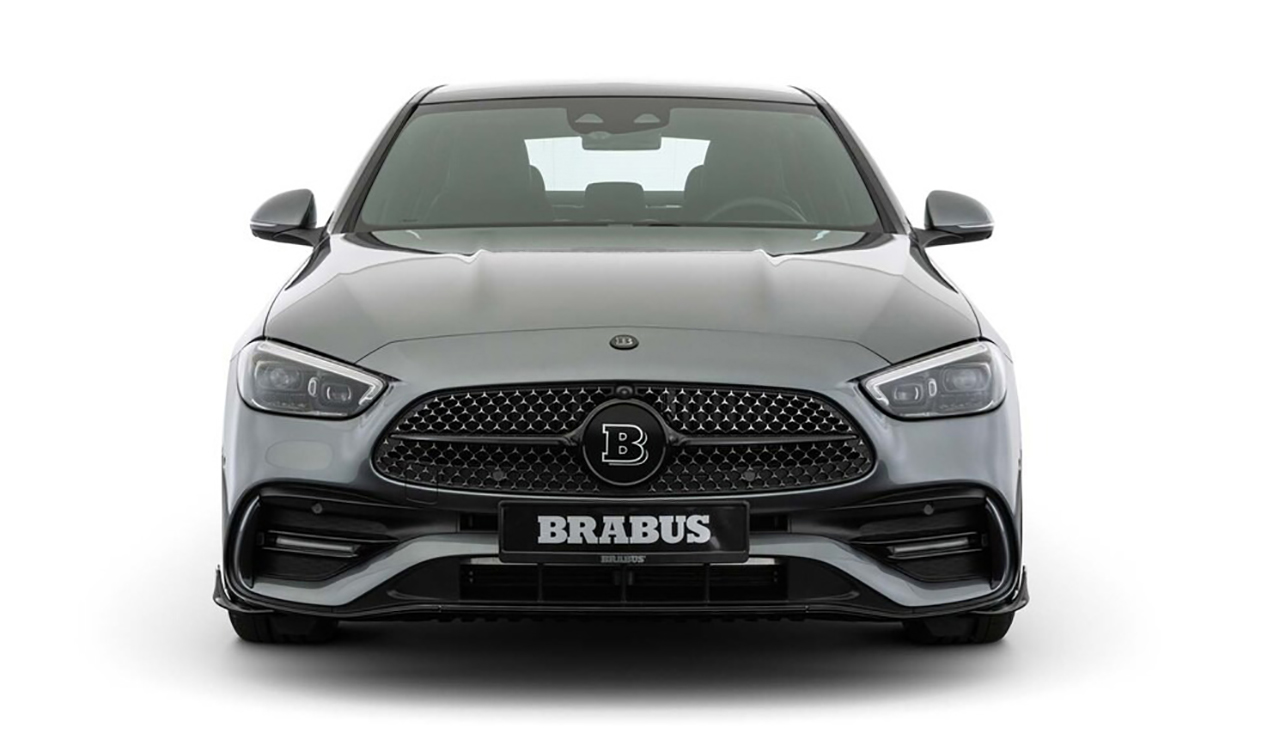 The new Mercedes C-Class and C-Class Estate have passed through the hands of the external trainer par excellence of the star models, becoming the BRABUS B30. A very interesting option for specific versions of gasoline and diesel without reaching the extremes of the AMG.

The new Mercedes-AMG C 43 has already been put up for sale, the first of the two sports versions of the star brand with really wild performance, although not as much as those expected at the top of the range, the AMG C 63 whose debut is being pushed.

BRABUS He has been the first tuning specialist who has dared to tweak the C-Class, offering a more aggressive image and performance worthy enough to consider whether to opt for the AMG versions. The result is called BRABUS B30 and, both the sedan and the family, are made with a special package that provides more sportiness. The “AMG Line” grille with multiple chrome stars remains but the star disappears to accommodate the second vowel of the alphabetthe emblem of the preparer.

Index hide
1 BRABUS B30, extra power in gasoline and diesel
1.1 Mercedes-AMG C 43 4MATIC 2022, the sedan with F1 technology already has a price

BRABUS B30, extra power in gasoline and diesel

The bumper has been redesigned, now with two thin LED blades placed horizontally in the large air intakes, in addition to integrating discreet fins at the ends of the defense. From behind, the BRABUS have replaced the bumper with a new one, with a diffuser in the center, four round exhausts grouped in two pairs and placing a striking spoiler on the edge of the trunk lid in the saloon

Read:  Mercedes EQV Edition 2023, breath of elegance and equipment in the electric minivan

Those of Bottrop have also lowered the height of the body to the ground by 30 millimetersalso adding some forged alloy wheels, an option that greatly increases the bill and which can be dispensed with and bet on more conventional ones. Inside, the atmosphere is also more special, thanks to illuminated sills with trim strips and color-changing BRABUS logo, aluminum pedals, special floor mats and carbon fiber accents.

Mercedes-AMG C 43 4MATIC 2022, the sedan with F1 technology already has a price

But what is really interesting lies in the engine, because the BRABUS B30 is offered with a gasoline and a diesel version! The C300 4MATIC and «C300 d» get a significant extra power, adding 42 CV in the case of the first to reach 300 CV and with which it accelerates from zero to 100 km/h in just 5.8 seconds. In diesel, the increase is slightly higher, 45 hp with which it reaches 310 hpreducing the acceleration time by two tenths, in just 5.6 seconds, identical values ​​for the sedan and the estate.