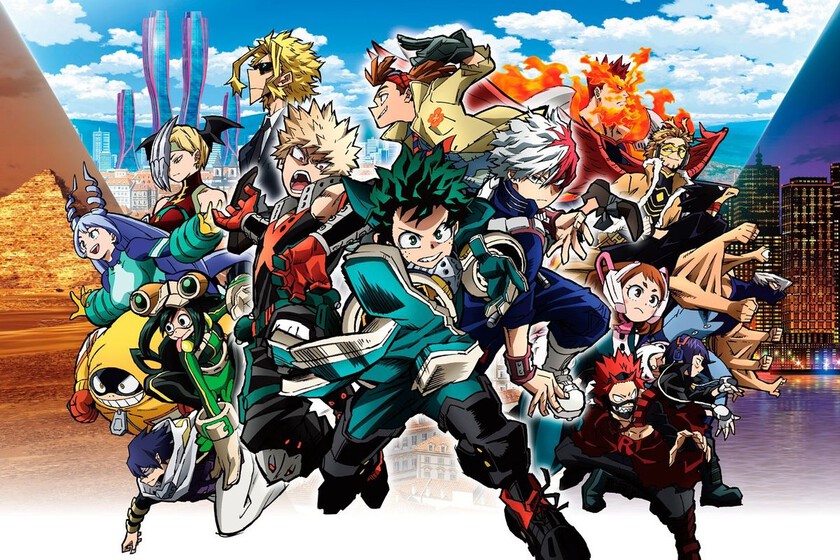 Ever since PUBG: Battlegrounds hit the market, the new formula for industry success consists of two words: battle royale. Final Fantasy VII: The First Soldier, Vampire: The Masquerade – Bloodhunt and of course, Fortnite, are some examples that it is a very juicy path for companies.

Now, thanks to Gematsu, we have learned that one of the most popular anime franchises in recent times is also targeting this format. My Hero Academia: Ultra Rumble It is the name given to the battle royale that will come to PS4, Xbox One, Nintendo Switch and PC, via Steam. Here are the first images shared by the latest issue of Weekly Jump magazine in Japan.

In the screenshots we can see some of the most recognizable characters of the series such as All Might, Tomura Shigaraki, Shoto Idoroki or, of course, to Izuki Midoriya. There are not many details that have been revealed from Bandai Namco, but what we do know is that it will be a free-to-play work.

“Join to win in a multiplayer action battle against 24 players“, says the publication. It is not a huge number of participants considering that other titles count their games by hundreds of users. In any case, what we can expect is the arrival of a closed beta for My Hero Academia: Ultra Rumble .

We don’t have a release date neither for the game nor for the beta, but the details to sign up for the latter will be shared through the official website, once it is activated.

Read:  The good neighbor with the spider michi