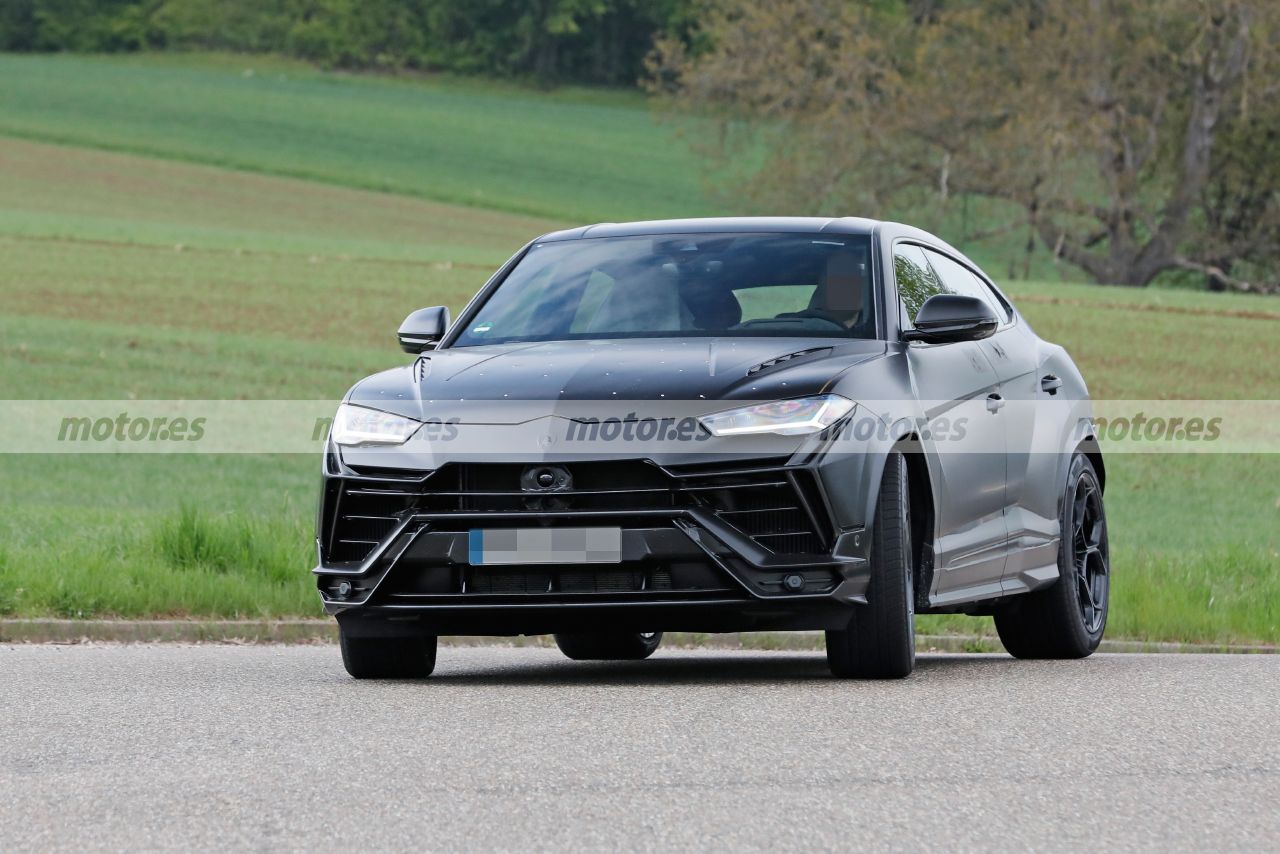 Once again, in broad daylight, in the vicinity of the Nürburgring circuit, a prototype of the new Lamborghini Urus Evo 2023 has been seen. The Italian brand’s sports SUV continues with the long facelift tuning that it is implementing exposing the details of his new image.

The firm from Sant’Agata Bolognese continues with the demanding testing program to which it is subjecting its star models, which has transformed the manufacturer into a volume brand and whose order books do not stop adding units. The Lamborghini Urus Evo 2023 has been seen once again in testing, this time on roads near the Nürburgring circuit, which means that soon it will stop at the German track to test its dynamic improvements.

The sports SUV has already accumulated a long period of testing, since the brand’s technicians do not want to leave a single detail of the set-up in the debit account. The competition tightens, its direct rivals are preparing for a new performance war, and the Italian cannot fail. The updated Urus, which will be put for sale in 2023 upon presentation in the second half of the yearwas already seen naked in the past winter tests without any shame, and in these spy photos also presents his new image uncovered.

Two prototypes of the flagship model that feature a new more aggressive front bumperflaunting some new air intakes that practically turn the front bumper into a huge cooling grille, also standing out for some additional new gills on the hood panel, which also has a very peculiar dotted pattern.

At the rear, the two units of the new Urus Evo 2023 also feature new breathing and heat evacuation gills housed in the now wider wheel arches. Lamborghini has already assembled a new diffuser at the reara defense that is powerfully striking in the second unit, since it only has two exhaust terminals. They are provisional and subject to emissions tests, which means that the firm is already facing the latest tests of the model. Spy photos also show special protection of the front seats.

The 2023 Lamborghini Urus Evo is bound to make use of electrification, so the powerful engine is expected 4.0-liter twin-turbocharged V8 that animates the model with its 650 hp, like the rest of the sportier and more luxurious versions of the Wolfsburg giant, debut 48-volt MHEV technology to reduce polluting emissions. A basic electrification system with which you will also add an extra to the power getting closer to 700 CV. The model will be a novelty in the second half of the year, also improving the dynamic section and its already excellent “ANIMA” driving mode system, which will undergo an improvement.