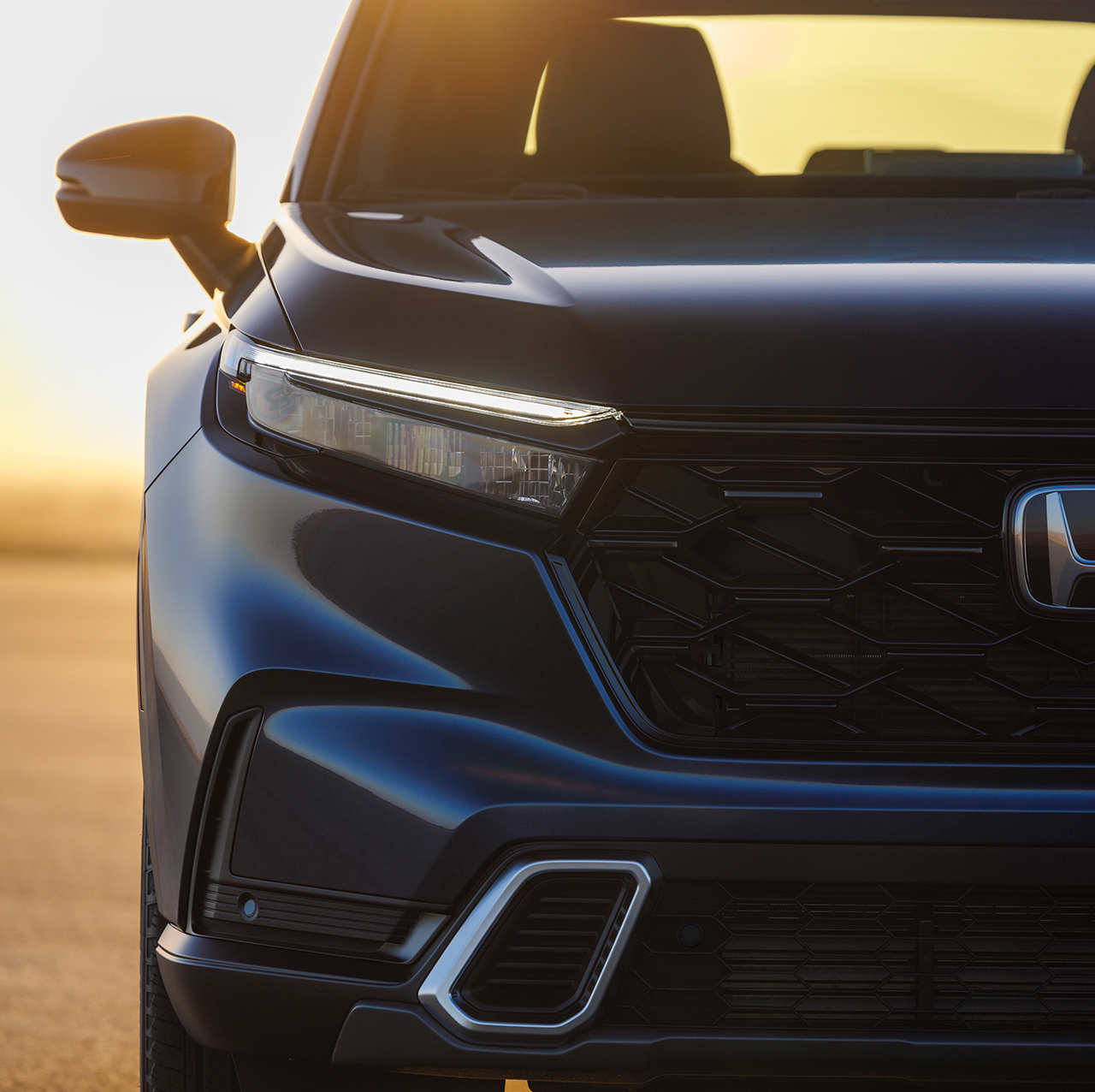 After the recent leak of the new Honda CR-V 2023 in China, the North American division of the Japanese brand has presented the first official previews of the SUV. Far from devoting himself to the launch of obscured teasers, he has decided to reveal new details of the model destined for the other side of the Atlantic, which will not be very different from the European one.

Just a few weeks ago the new Honda CR-V 2023 was revealed in the umpteenth leak that occurred in the Far East. The new model of the Japanese brand, of global production, was completely exposed and free of camouflage several weeks before its world presentation. Now, known the design of the renewed SUV of the Japanese manufacturer, Honda’s division in the United States haspassed by the relevant teasers anticipating concrete details in an obscured way.

Honda USA has gotten into the action outright, showing off a couple of sneak peeks at the new CR-V. A portion of the front view showing the headlight being thinner and with a tab in the upper part that houses the LED daytime running light and the main group slightly arranged in a wedge, as well as part of the new black painted hexagon shaped radiator grille with a sportier finish. You can also see part of the front bumper, especially the satin chrome trims of the air intakes that enhance its presence.

The new Honda CR-V 2023, a more efficient and sophisticated SUV

The brand has also shown the rear light, which maintains the characteristic layout vertically ascending the sides of the window, but with a new luminous graphic in the part that bites the gate. The 2023 CR-V will offer a more elegant and sophisticated appearance. The changes are minimums between the model that will be offered in the United States and that of Chinaas well as with the European who will share more with the American.

The sneak peek at the back confirms that the new 2023 Honda CR-V will be sold with a hybrid version, as revealed by the emblem -“Hybrid”- on the left side under the model name. An «e:HEV» technology that, in the Old Continent, is expected to also be plug-in, the latter unprecedented in the Japanese SUV and that will complement a conventional hybrid option in the catalog of choice, both available with both the option of front wheel drive as all.

The new 2023 Honda CR-V has already been confirmed to will be unveiled this summerforming part of the brand’s special strategy, which has considered 2022 as the “Year of the SUV”. A year that is marked by the commercial launch of the new HR-V, the announcement of the new ZR-V and the protagonist, who is already on the launch ramp of the Honda news program. A first debut in Europe and, immediately afterwards, in the United Stateswhich will make this sixth generation the flagship of the range in Europe.