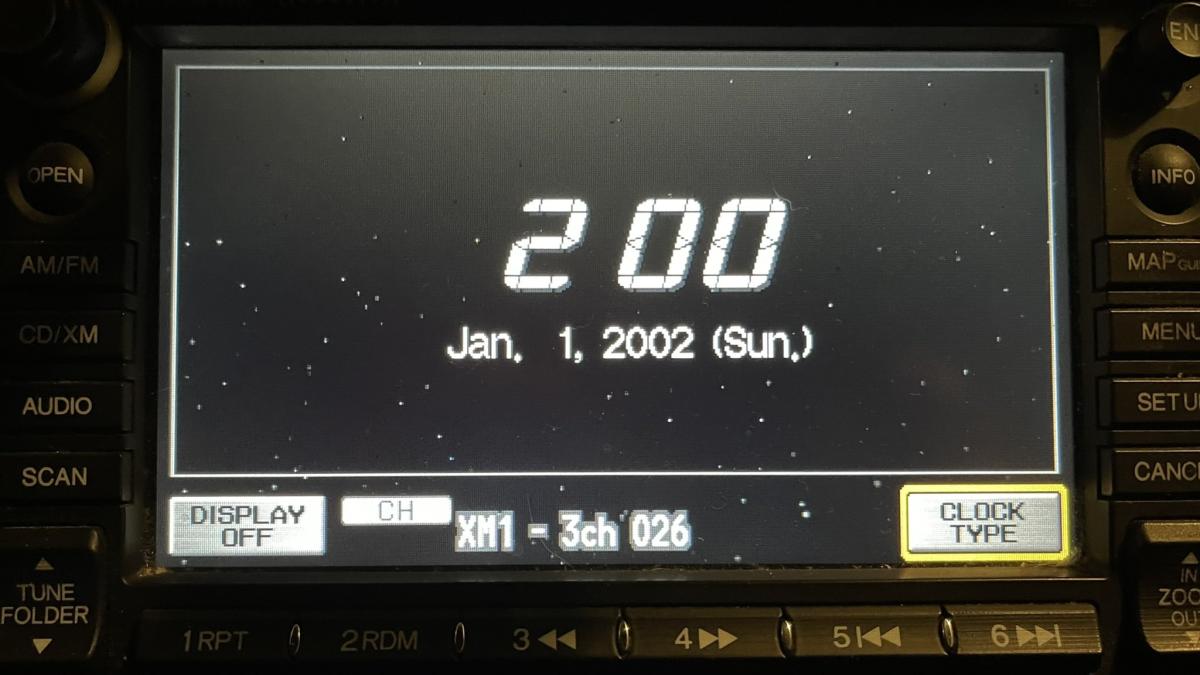 Many drivers of Honda and Acura vehicles encountered an unexpected problem on January 1: the clocks went back to 2002. And it will take months to fix …

At the end of 1999, the Effect 2000 became as common a topic of conversation as the pandemic can be today. Basically I was going to destroy the world.

It was thus baptized a computer failure that recorded the year 2000 as 1900causing all kinds of problems. Then nothing happened, predictably, beyond specific failures in certain computers that were already monitored.

This year a similar failure has occurred again, and they have already baptized it with the name of Y2K22 effect or Effect 2022. Microsoft, Honda or Acura, its luxury car brand, have already suffered.

Some days ago, Microsoft Exchange mail service crashed which stopped sending messages, due to a failure to change the dates to the year 2022.

And now the same has happened with certain car models Sling Y Acura, affected by Effect 2022.

On January 1, many drivers of these brands began to post photos of watches and car GPSthat they had returned to the year 2002:

Specifically, the problem has appeared in Honda and Acura models sold between 2004 and 2012as reported Jalopnik. Both in the United States and in Canada or the United Kingdom.

It is a problem that at the moment there is no solutionsince even if users adjust the clock manually, it is automatically reset to 2002.

Honda has not yet given an official explanation, except that they are working on a solution, and that “the date will be automatically fixed in August“So they know what is causing the failure.

Users speculate that 2022 Effect on Honda and Acura is related to GPS failure that has already happened in previous years.

V16 flash light: write down this name because it will be one of the most listened to in the coming months with the entry into force of the new roadside assistance rule.

The GPS system encodes the weeks from a starting point, with a 10-bit field. With 10 bits you can encode 1024 numbersthat is to say, 1024 weeks.

A user named Jacalar has examined the GPS system of old Honda cars and has discovered that has been reset to May 19, 2002that is to say, just 1024 weeks ago. So the error could come out there.

It is not a serious problem, but it seems that for a while the drivers of these vehicles will not be able to trust the dates that their car shows them.