Technology of “The Mandalorian” comes to renew Disney advertising 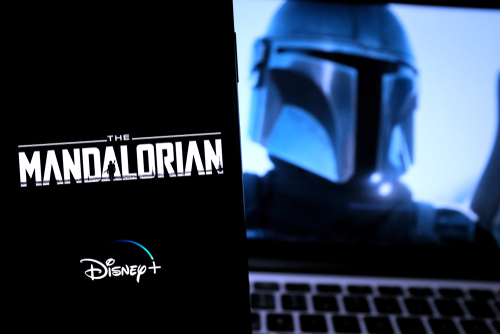 Disney is one of the pioneers in the world of entertainment, it has animation studios, movies, theme parks, merchandising and more; This company has distinguished itself by a constant technological evolution in its projects, now this giant has announced that it will incorporate the technology of one of its most watched series “The Mandalorian” to its advertising.

The mouse company was founded as a cartoon studio in the 1920s, over the years it has become one of the benchmarks in the world of animation and entertainment, the formula for its success was due to the diversification of its products, since Disney offers everything from movies to experiences in theme parks and tourist centers.

The Walt Disney Company is valued as one of the most valuable companies in the world, just in 2021, the company global revenue totaled more than $67 billion, marking this year the second most profitable in the company’s history.

Disney not only knew how to diversify outside of entertainment, since the company has properties within television and streaming services, among which are channels such as ABC, ESPN, National Geographic or Hulu, also in its division of Walt Disney Studios, it maintains acquisitions like Pixar, Marvel and Lucasfilm, the latter two have two of the highest grossing franchises in the world until 2022, Avengers and Star Wars respectively.

Read:  Show what it's like to do home office in Vips, Starbucks and Open hub

Technology from “The Mandalorian” comes to Disney advertising

Disney presents its fourth annual event aimed at advertisers this January 25 in Los Angeles, California, this event is called “Disney Media & Entertainment Showcase”, this year, the mouse company has announced a technological advance within its advertising, since As reported by the entertainment giant, starting in 2023, the company will incorporate the technology used in one of its most successful series, “The Mandalorian” in its advertising.

This technology used is called “nDisplay”, but with an addition, it is a video game engine, which among other features includes a graphic engine, this tool is commonly used by video game designers and developers, since it helps them to Visualize your work, thanks to a giant LED screen that shows your work in real time.

By incorporating this type of technology into advertising, Disney wants the user to have a 360 experience since the mouse company believes that integrating data and technology into its advertising will be the next step in the advertising world, according to Jeremy HelfandExecutive Vice President and Head of Advertising Platforms for Disney Media and Entertainment Distribution.

The advancement of technology is not exclusive to the medium that was developed, and the inclusion of these new tools in other sectors will achieve an evolution and diversification of technology, reaching spaces where they were not imagined.

He worked as a Disney PR for only three months and earned 8.3 million dollars

Apple in talks with Disney about virtual reality content

Art exhibition boosts visual marketing in cities around the world