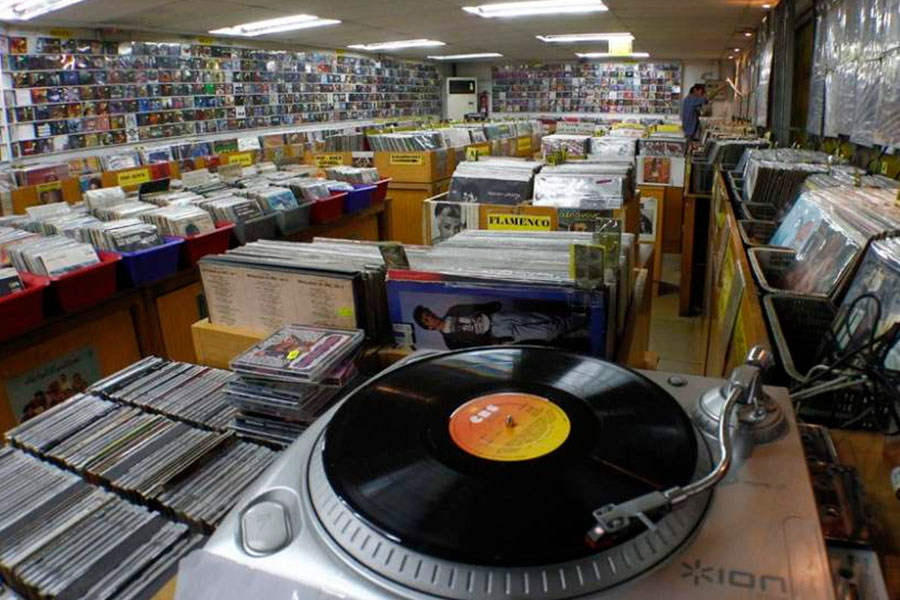 Through his TikTok account, a collector shared his wide selection of compact discsshowing why the domain of Spotify and music apps over the physical album should not be specified.

Despite the fact that the sales of compact discs seem to have decreased, the vinyl format seems to have revived and everything indicates that it will be its true executioner.

Meanwhile, music apps continue to reach interesting figures in subscriptions and reproductions, specializing not only in music, but also in the inclusion of the famous podcasts.

Spotify is one of the main entertainment apps and the leader in its sector. With the help of interesting collaborations, it has managed to boost the confidence of its subscribers and stay current, dethroning compact discs from its business.

Statista shares that by the end of 2021the number of paid subscribers (half of monthly active users) of Spotify exceeded 180 million around the world for the first time.

Likewise, during the same year, the average premium income represented €4.29fact that, even facing the competition, positions it as a leading company within entertainment apps.

Also, with data from February this year, only in Spain there were about 241 thousand downloads of the app.

On the other hand, the compact disc industry has been suffering little by little, not only due to the threat of music apps, but also due to the recent phenomenon of vinyl relocation, since now the artists opt for this presentation more “vintage“.

In fact, the same portal indicates that for a period of two decades, compact discs were the most successful music distribution format and, in addition, mention that its highest point was in 2000, when they were sold 943 million units.

Nevertheless, in 2020, they were sold about 31.6 million of copies in the United States, which meant a decrease of almost 16 million units with respect to the figure registered during the previous year.

Read:  How dangerous is it to be a journalist?

In addition to this, just as Netflix ended the business of block busterstores like Mixup have had to update and diversify with the sale of sound equipment, sleeves, comics, books, Funko Pop! and other items, all to avoid staying in the past.

“Spotify has no art”; collector exhibits his records and discusses the app

Despite these data, there is a collector that refuses to let the compact disc industry die, since it considers that there are many points that Spotify and the other apps do not consider.

This user is dedicated to sharing his collection of compact discs and in one of his videos, where he shows rare objects from his collection, he expresses his reasons for considering that the physical format should remain in force:

The comments that can be read in some of the user’s videos consider that much of what he points out in the video is quite correct, since in fact some consider that just for the quality of the audio it is worth getting the physical discs, without mention that some collectors point out that they will be worth quite a lot in a few years.

On the other hand, there are those who consider that the time of records, like that of vinyl and cassettes, has already ended, that they have already completed their cycle. They believe that generations advance according to the demands and that, at this time, the demand is to be able to listen to what you want without having to carry records everywhere. However, they consider that, with any luck, there will be a resurgence of these as is happening now with vinyl.

What do you think about this?

TikTok “is part of his life”; shows how he records commercials for Liverpool, Nescafé, Spotify

“Gotham City” arrives on Spotify with a new audio series about Batman; What is it about?