By CooperDecember 13, 2021No Comments2 Mins Read 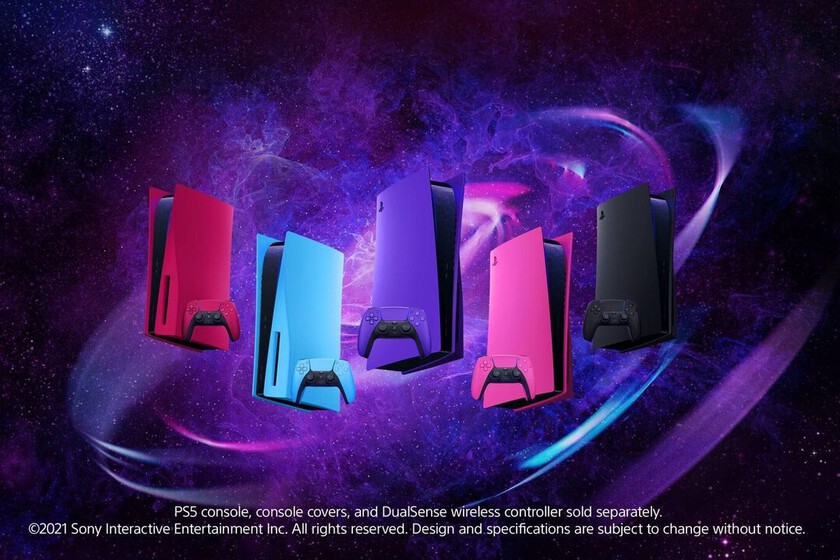 One of the most anticipated moments for PS5 users is here. Sony’s next-generation console has turned white in the players’ houses during all this time, regardless of whether we had chosen the model with a reader or the digital one. However, that is over.

The PS5 covers will have new colors, as announced by Sony. The variants that we can choose correspond with the different DualSense models, these being Midnight Black, Cosmic Red, Nova Pink, Starlight Blue and Galactic Purple. They will be fully compatible with the two existing PS5 formats and will be sold separately.

Of course, be careful because they will not come out at the same time. It will be from January 2022, without an exact date, when Midnight Black and Cosmic Red will be available on the market. If you are someone who prefers Nova Pink, Galactic Purple or Starlight Blue, it will be time to wait until sometime in the first half of next year.

The news does not end here. Along with the models that are already on the market, the Japanese company has announced the arrival of three more colors for DualSense. We can find them on the covers, since they are Nova Pink, Starlight Blue and Galactic Purple.

His arrival will occur globally as of January 2022 and we don’t have an exact date for his landing either. Meanwhile, we can opt for the Scuf models, which offer interesting variants on the triggers.