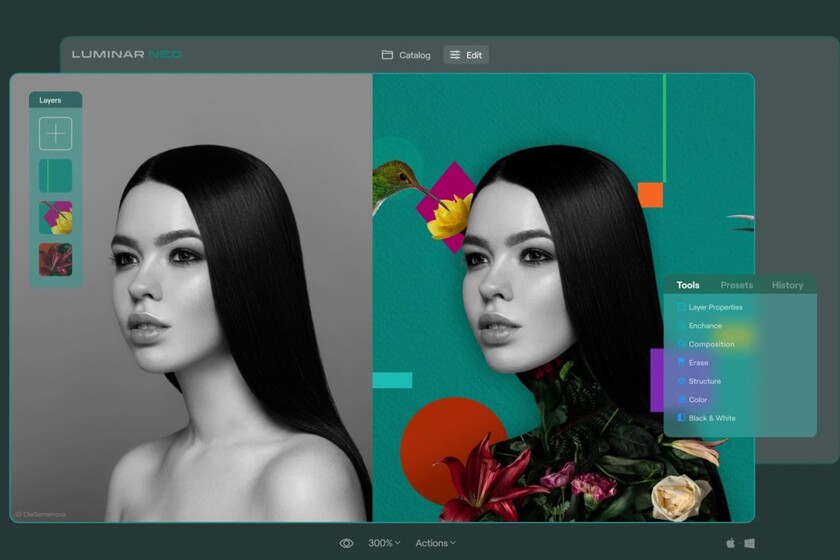 Skylum is a controversial company due to the decisions it has made regarding the evolution of its products. It’s no wonder that with the announcement of Luminar Neo, users were disappointed. It is understandable that every year a new version of a software comes out, but the way Skylum presents this is undoubtedly the worst.

Later this year, Skylum will release its latest AI-based photo editor and developer. In addition to the tools of its current developer, Luminar AI, the new software will feature more tools powered by neural algorithms and a new layered workflow that brings you closer to digital retouching.

Inside the new tools will have masks and layers, a brush to remove cables from the stage, a tool to remove dust from the shot, a replacement of backgrounds and an eye-catching system to re-illuminate a photograph. It is not yet clear how all these tools will work, but once the trial period is available, we will show the results and their flow.

Per se, Luminar Neo seems like the next natural software step and it is clear that what makes this profitable is to re-sell a product. However, Luminar’s strategy fails when it comes to the promises it makes to its users.

When Luminar AI hit the market, Skylum generated a lot of controversy among users by selling Luminar AI and Luminar 4 as a combo. This is because Skylum submitted AI like new software that distanced itself from normal Luminar. Users expected a new software that turned out to be like Luminar 4 with a new interface (that is, Luminar 5).

Thousands of people purchased the combo, as reflected in the number of users who participated in the platform’s forum. Skylum promised to bring more tools to old software while feeding new features to new software.. The idea was to get a win win, but it turned out to be a way to charge more for the product.

Read:  Sony will present an Xperia that will have a one-inch sensor and Zeiss optics with variable diaphragm (according to rumors)

The general sentiment when buying Skylum AI was disappointment at the abandonment of Luminar 4, when the company had been emphatic in supporting and growing both versions. We feel cheated and that generates mistrust. But Skylum repeats the strategy, introduces new software, says that both software do different things, but what you see is that it will be more of the same with a couple of new tools that are not worth spending money.

This bitter taste is something that Skylum repeats with Neo. His combo brings Luminar AI and Neo in a $ 136 bundle. But from the features, what we see is that the Luminar Neo is Luminar 6, and that paying that extra $ 60 for extra software is a waste of money.

Skylum Neo will have the same tasteless “if you have the previous version do not update because they are almost the same.” Maybe if it’s a jump from 3 to Neo, the change is worth it. But not buying double software, but buying the license of the new version and forgetting the past. Skylum makes promises again that they are software with different approaches, but there is no real evidence of this.

As a user who believed in the company, I was looking forward to more progress with Luminar 4, but then my heart was broken with what happened with each AI update. So my advice to those who want to enter these editing flows with artificial intelligence, wait at the exit to see if your tools convince you, do not buy in pre-sale. And if they buy, don’t buy the software kit, just the Neo license. For existing users, we shouldn’t upgrade until we live up to the feature promises that were due to come to Luminar AI.

Making changes to workflows is fine, But scamming the community that believes in the product is not.