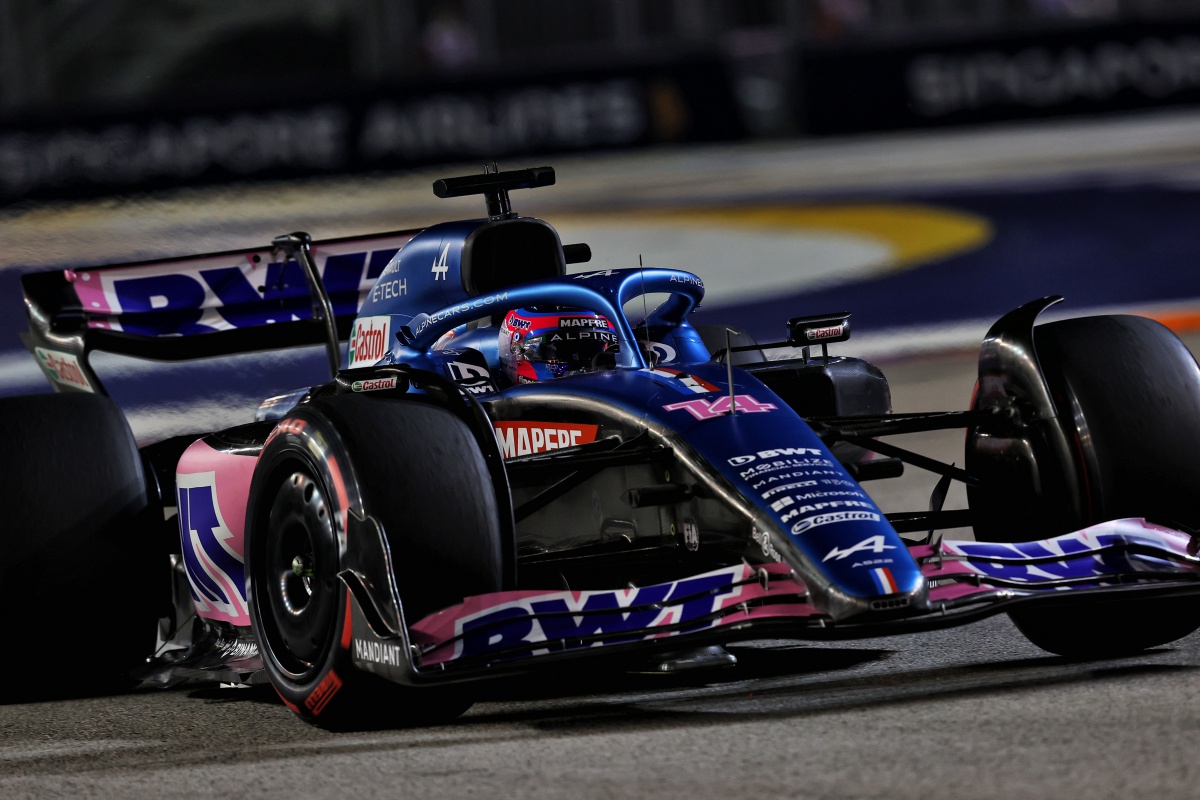 Fernando Alonso’s hunger for victory does not seem to have an end even though he is in the final stretch of his sports career, with a two-time Spanish champion who does not rule out getting on the podium taking advantage of any eventuality that allows it.

After the 2nd starting position that he achieved on his own merits in the last Canadian Grand Prix and 3rd place in the Belgian GP, ​​taking advantage of penalties related to the power unit of his rivals, Fernando Alonso’s 5th position in the return of Formula 1 to Singapore is the third best starting position of the Alpine driver so far in 2022.

Despite the ten fastest drivers setting their times in Q3 using soft tyres, the rain that had hit the Asian circuit in the previous sessions left a really difficult track to read, with the transition from the intermediates to the dry ones being one of the biggest challenges.

“Top 5…incredible, but it wasn’t much fun to drive today in these conditions”

Showing once again his extensive experience in this type of changing conditions, the #14 was flirting even with a second row which finally got away from him, closing one last lap perhaps too early, as the track improved since then until the clock reached 0.

Index hide
1 full confidence
1.1 Compliment from Fernando Alonso to Alpine in his fierce fight against McLaren

Glad? “Yes a lot. The truth is that Top 5… unbelievable », he confessed after fighting his Alpine between the walls of the Asian Monaco. “But it wasn’t very fun to drive today in these conditions; especially in Q3, when we mount the dry tires and you have to understand a little what is the grip».

Read:  book this Friday and arrival on October 15

«Making a mistake was too easyand getting the most out of the car was super complicated, so I’m very happy with the Top 5 and a difficult but saved time”, continued an Alonso who doesn’t lose sight of the McLaren, the Gauls’ biggest rival in the constructors’ championship.

«The truth is that we are the two companions, one marking the other: Lando and I at the beginning, Ricciardo and Ocon behindso we will try to make a strategy to cover them, try to finish ahead of them, ”he snapped, recalling that his teammate did not even get past Q1 and will start 18th.

«I hope to finish in the top 5although I don’t know exactly who is behind the big ones… Max? Can be? Bad news…because that would mean practically starting 6th », he added with a malicious smile from ear to ear, knowing the great pace of the Red Bull RB18 even though it is a street circuit.

“Let’s see what happens, there are always accidents and things that happen here in Singapore, so we are not so far from the podium… Why not dream? “Concluded an Alonso who is looking forward to closing his time in Alpine with a last great result that puts the gap to this stage of his sports career.

Surgeons remove brain tumor the size of an apple