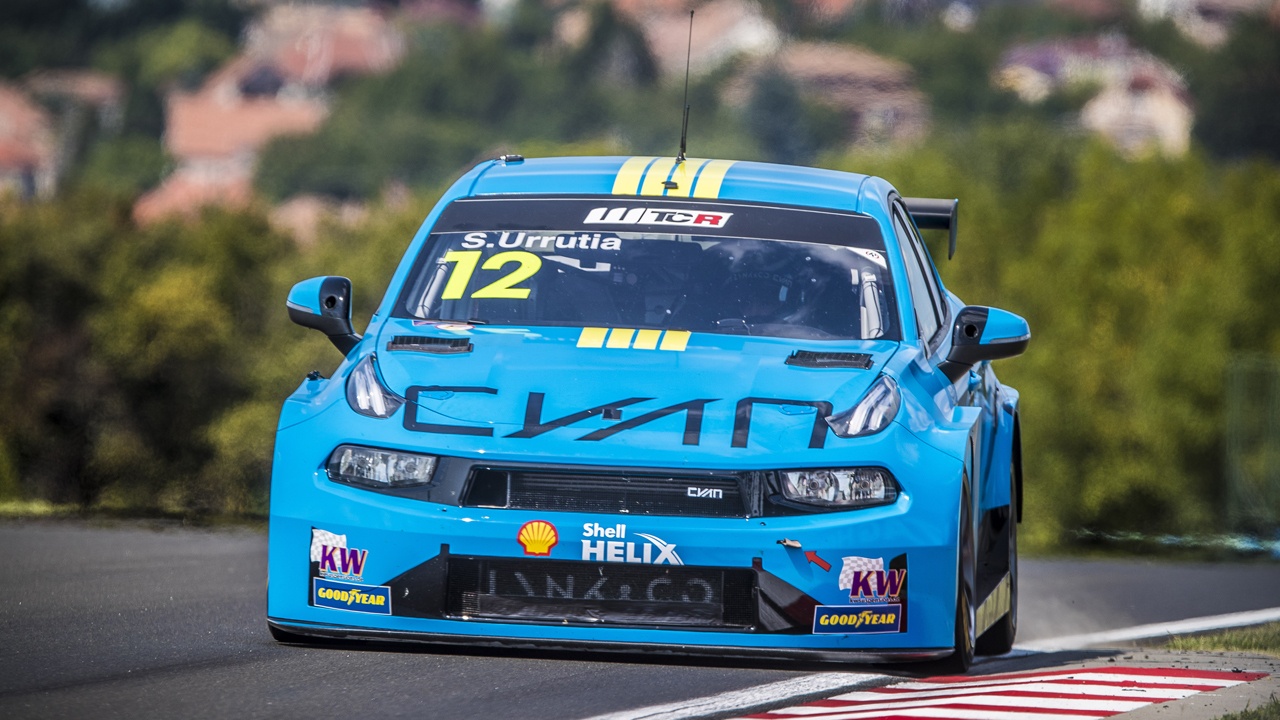 The main WTCR race at the Hungaroring ended with a victory for Santiago Urrutia. The Uruguayan rider took advantage of Rob Huff’s absence on the grid to take the lead at the start and dominate the race from start to finish. Frédéric Vervisch was second, while Mikel Azcona finished third. However, neither of them has crossed the finish line in these positions, as both have benefited from the five-second penalty received by Néstor Girolami, a penalty that has made him fall from second to fifth after also losing position to Yann Ehrlacher, the new leader of the WTCR.

With Rob Huff out of the equation after starting from the pitlane for his suspension break in the first race, Santiago Urrutia had no problems in positioning himself as leader ahead of Néstor Girolami. Belgian Frédéric Vervisch appeared out of nowhere to take third place ahead of Mikel Azcona, Yann Ehrlacher and Yvan Muller. Norbert Michelisz and Gabriele Tarquini were out of play after two touches at the start, like Andreas Bäckman after hitting the barriers. To add insult to injury in the case of Zengö, Rob Huff received a Drive Through for not respecting the exit protocol from the pitlane.

After the chaos, the race stabilized in the lead. In fact, the first third of it was reached without any change in position, with Santiago Urrutia stretching the group to gain 1.8 seconds ahead of Néstor Girolami. With no options to attack the leader, the Argentine was even forced to defend himself against the attacks of Frédéric Vervisch. Erratic attacks, as the Belgian went long in the first corner, which forced him to change the chip and begin to defend himself against a Mikel Azcona who did not sneak third for very little. Saved this stake, the race among the first four entered a phase of tense calm.

Nevertheless, this phase of the race did not offer any clear fight for podium or top 5 positions. In fact, the laps were discounted without any type of movement, although in this case this passivity was not synonymous with stability. And is that the five-second penalty received by Néstor Girolami it left the Münnich Motorsport driver very little room for maneuver in opening up enough space not to be outdone by his rivals. Quickly the message reached the radio of his pursuers and they went on to play with this advantage when planning the final stretch of the race.

Read:  Contact Range Rover 2022, exquisite in all its facets

Urrutia’s pace was enough not to suffer in the presence of Néstor Girolami, while the Argentine did not have space to flee either. In the end, it was just a matter of discounting and math, so the resolution could only be one. The Uruguayan Santiago Urrutia took the victory at the controls of the Lynk & Co 03 TCR with some comfort. Girolami crossed the finish line in second position, knowing that this podium was as ephemeral as a candy at the door of a school. Frédéric Vervisch thus gained the second position lost in the first race.

Gilles Magnus wins at the Hungaroring with Mikel Azcona as protagonist

For its part, Mikel Azcona climbed to the last step of the podium to close his positive weekend, while Néstor Girolami had to settle for fifth place, falling even behind the champion and leader Yann Ehrlacher. The sixth place was in the hands of his uncle Yvan Muller, since the Frenchman surpassed his partner Thed Björk and Esteban Guerrieri. After winning the first race and debuting his WTCR record at an absolute level with the new Audi RS 3 LMS TCR, Gilles Magnus had to settle for ninth place ahead of local Attila Tassi.