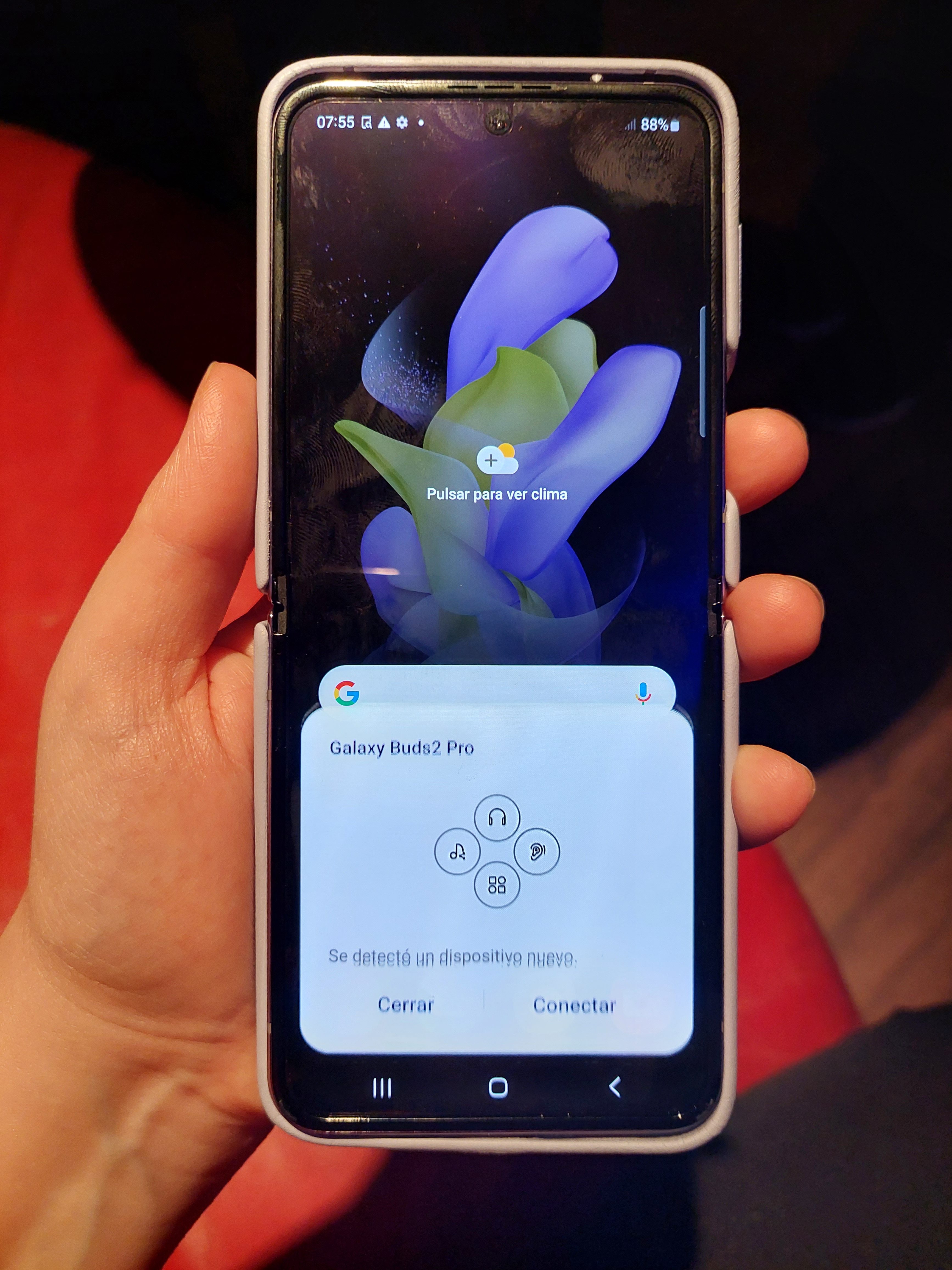 Share
Facebook Twitter LinkedIn Pinterest Email
Index hide
1 Samsung officially presents its new star devices, with updates and improvements, both at the design level, as well as in hardware and functionality. Let’s see the details in our full note below.
2 Maximum power and better energy management with Snapdragon 8 Gen1+
3 Improved and stronger design
4 The Galaxy Fold4 retains compatibility with S-PEN and increases its screen technology
5 Galaxy Flip 4 with more variety of colors and more battery
6 OUR OPINION
6.1 Share it with your friends
6.2 I like this:

Samsung officially presents its new star devices, with updates and improvements, both at the design level, as well as in hardware and functionality. Let’s see the details in our full note below.

Once all the technical specifications are known, let’s delve into the improvements of these new folding

In terms of power, it stands out that both have the Snapdragon 8 Gen1+ now manufactured by TSMC (instead of Samsung itself), which improves by 14% in CPU, 59% in GPU and 68% more in NPU depending on the brand. . In addition, they claim to have improved both the heating problem and also improved energy efficiency.

Likewise, the folding mechanism has been improved and also the resistance of the screens. It is known that, in recent months, several problems have been reported, especially with regard to the protective film. Problems with the oleophobic coating have also been reported on both the Flip3 and Fold3.

Due to this, we spoke with Samsung Argentina, and we consulted them about the measures and care to be taken. The suggestion from Samsung is keep the film protective because it protects the screen from microparticles that could damage the equipment in the long term.

Although Samsung will not remove the guarantee in case of removing this film, if the screen is damaged due to not having it, then we will lose it. Therefore, we must either put another film on it, or be extremely careful when using it. Likewise, they told us that as of this new release, they will offer film change at Samsung Stores FREE for these products.

It is noteworthy that now all the screens of both the Fold4 and the Flip4 are protected by Gorilla Glass Victus+.

The technology in the displayed screens has improved, and now both have VRR with a variable refresh rate between 1 and 120 hz. The Fold4 continues to support S-PEN and is now brighter, reaching up to 1000 nits.

To highlight, Samsung says that it has improved the technology of the camera under the screen, so that it is more camouflaged and difficult to see with the naked eye, although the solution is not the same as that developed by Xioami. In this case, a balance was chosen so that the screen looks better, but the image provided by the camera does not get worse.

For its part, the crease on the screen is still visible and can still be felt when you pass your finger, so, although it may not be an inconvenience on a day-to-day basis, you do not see a great evolution with respect to the past generation.

The external screen is now a bit more usable, with an aspect ratio that goes from 24.5:9 (ultra-wide) to 23.1:9, although it is still much longer and narrower than a traditional cell phone.

The cameras of the Fold4 are the same ones that mount both the S22 and the S22 plus, so we will have a great photographic experience guaranteed.

Galaxy Flip 4 with more variety of colors and more battery

Regarding the Flip, all the color combinations stand out, which, together with its design, make it one of the best options on the market, in addition to the differential based on its portability. For its part, the Flip4 retains the same cameras of its predecessor.

It also stands out for an increase in battery, from 3,300 to 3,700 mAh, something that on the one hand is appreciated and on the other we are happy for the effort to please a 400 mAh battery in such a small device.

The folding ones are technological devices that have been well accepted by users and that are capable of offering a lot of value, both in productivity and portability. We believe that there is still a way to evolve and improve, although some of its technologies are already maturing. The next step could be the roller shutters, a concept that at least we like more and we see them in the future. Meanwhile, the foldables continue to evolve and Samsung is committing itself to improve the user experience, knowing that it is still a developing technology, so now it offers a guarantee with more options such as changing the Film for free, something what are we celebrating. We like that the Flip4 has more battery, but we think it has lacked more improvement over the previous version (especially in cameras). We will try to test them to bring our experience of use, and analyze whether or not they are worth it.