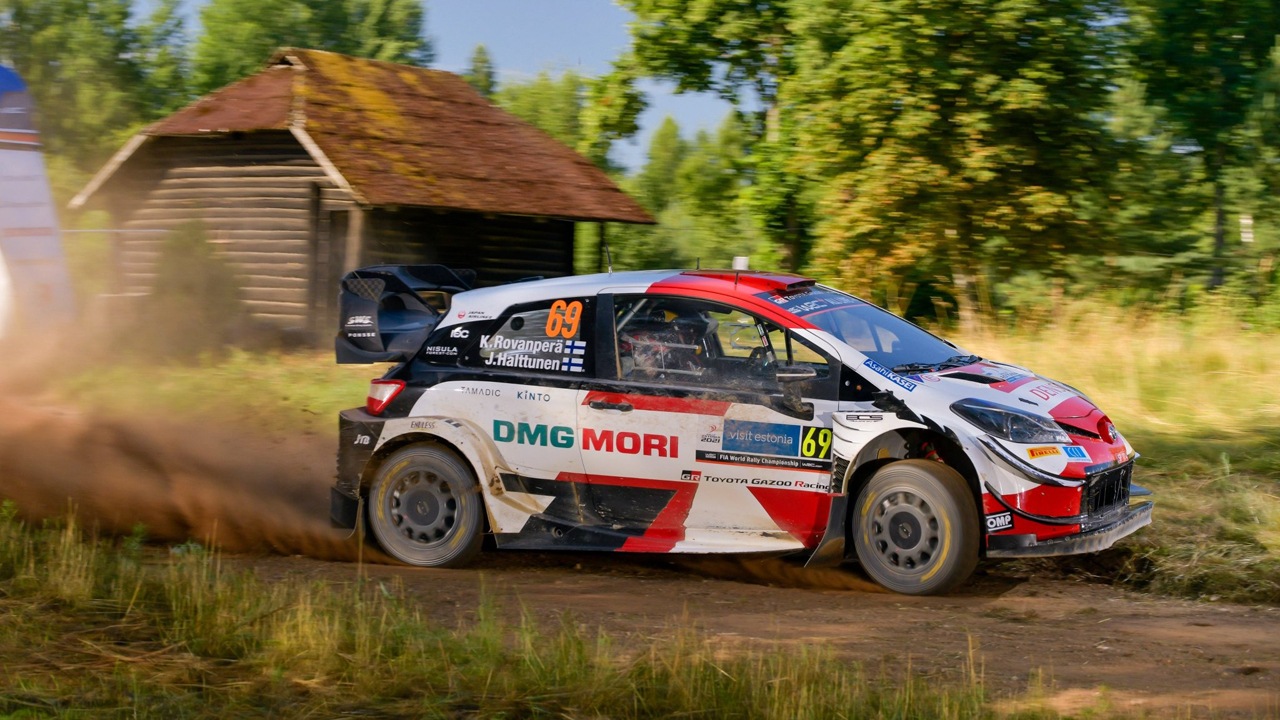 Facebook
Twitter
Pinterest
WhatsApp
Kalle Rovanperä does not fail and continues to consume sections and kilometers towards his first victory in the WRC. The Finnish Toyota driver has successfully made it through Saturday’s evening loop and handles a 50.7 lead over Craig Breen, since the Irishman little more than he has been able to maintain the income he has with his pursuers. In fact, the rally has had a fairly uneventful loop and Thierry Neuville continues to close the podium in Estonia. For its part, Andreas Mikkelsen also remains at the forefront of the WRC2 category, while Russia’s Alexey Lukyanuk does the same in the WRC3 class.

The afternoon loop has been an extension of what was seen on Saturday morning, at least in terms of timing and sensations. In fact, Ott Tänak resumed the action at the same point where he left off, achieving the scratch in SS14 ahead of Kalle Rovanperä in his tests to try to prevent the Hyundai i20 WRC Coupé from suffering so much on the soft tires. For its part, the leader discounted another tranche with a positive balance of 3.8 seconds after beating Craig Breen. What’s more, Thierry Neuville beat Sébastien Ogier to expand his income in his duel for third place.

The result was repeated point by point in SS15. Ott Tänak’s scratch ahead of Kalle Rovanperä, allowing the suomi to gain another 6.1 seconds of income at the head of the rally. Thierry Neuville also finished ahead of Sébastien Ogier. In fact, you had to wait until SS16 to see a small change in the general trend. Although Ott Tänak scored his third consecutive scratch, sixth if those in the morning are taken into account, this time he was ahead of Thierry Neuville. What’s more, Craig Breen beat Kalle Rovanperä by the minimum.

The last section of the day, leaving aside the short super special of ‘Tartu’, allowed to see Thierry Neuville’s first scratch in the entire rally. The Belgian surpassed Ott Tänak by 0.6 seconds, while Kalle Rovanperä was third with the first of the Toyota. A result that further strengthened the Finnish rider’s leading position, as well as Thierry Neuville’s lead over Sébastien Ogier. In fact, both the SS17 and the evening loop in general did not serve for anything other than to consolidate the positions that had already been defined during Friday’s stage and Saturday morning loop.

With Ogier’s scratch on the ‘Tartu’ super stage and a little scare from Craig Breen, Rovanperä has a 50.7 lead over Breen in the absence of the six stages of the day on Sunday. For its part, Thierry Neuville is 1 minute and 20 seconds behind the leader, although he has managed to extend his income to 17.9 seconds over Sébastien Ogier in his duel for the podium. Without further ado, Elfyn Evans is fifth, while Teemu Suninen and Pierre-Louis Loubet are sixth and seventh. The differences between all of them mean that only one problem or failure can allow us to see a certain fight for the ‘top 5’.

There are also no changes in the rest of the categories of the rally, con Alexey Lukaynuk and Andreas Mikkelsen leading the WRC3 and WRC2 categories from eighth and ninth overall. Regarding the silver category, Mikkelsen manages a 25.9 second advantage over Mads Ostberg, while the Bolivian Marquito Bulacia closes the provisional podium. For its part, in WRC3 the differences are much bigger and Lukaynuk is 2 minutes and 25 seconds ahead of Kajetan Kajetanowicz. Pepe López continues fourth.

Classification after SS18 of the 11th Estonian rally

The Estonian Rally ends this Sunday (2:06 p.m.) with the celebration of the six sections of the third stage of the event. Drivers and co-drivers will race 52.10 kilometers against the clock during the last day.

Psychonauts 2 shines in more than 3 hours of gameplay