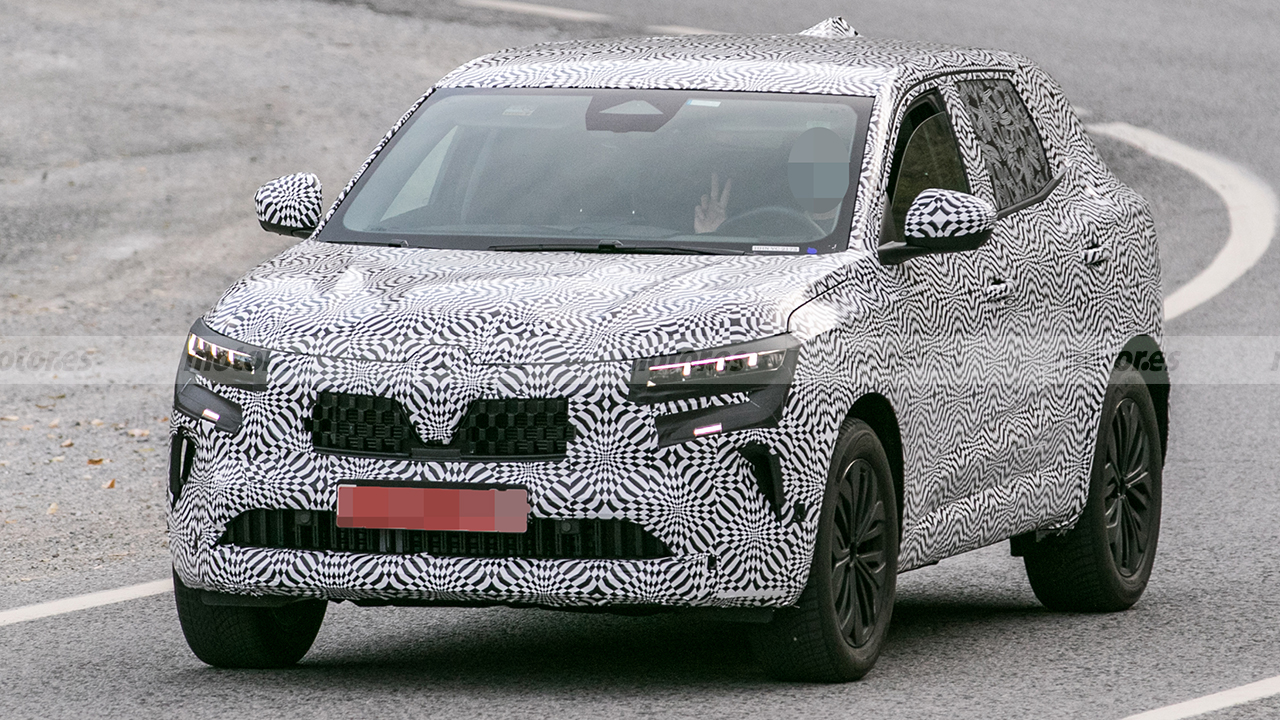 The generational change of Renault kadjar It is just around the corner. Renault He is working at full capacity in the development process of what will be the second generation of his very interesting SUV. A new generation that will arrive loaded with very important news. The commitment to electrification will be one of the central pillars on which the new Kadjar range will be based.

The renewal that is coming is total. What’s more, there is even speculation about a possible name change. But, whether or not it is called Kadjar, the truth is that we must go one step further and put our sights on the bet for electrification that will be carried out by the signature of the diamond in the C-SUV segment. The new Kadjar must adapt to the new times. Times in which electrification, connectivity and automation are protagonists.

The project is known internally with the HHN code and will be supported by the CMF platform. An architecture that finally opens the door to the electrification of the Kadjar. And precisely this is one of the axes on which the second generation of the French SUV will turn. In previous articles we have already analyzed and commented that the E-Tech technology from the Renault Group It will be available on the revamped SUV. Now, some spy photos confirm it.

Once again, the new Kadjar has been hunted in broad daylight during road tests in southern Europe. A priori it may seem like a simple prototype. However, and if we pay special attention, we will realize that we are facing one of the hybrid versions that will be in the range. Specifically, it is the new Renault Kadjar E-Tech Hybrid.

Read:  How much will each Formula 1 driver earn in 2022? salaries revealed

The second generation Kadjar will offer three levels of electrification. The most basic option goes through technology light hybrid (MHEV). One step above stands a version hybrid (HEV) and, as a proposal most committed to sustainable mobility, there will be a version plug-in hybrid (PHEV). Here we are faced with the self-recharging hybrid model.

The hybrid version (HEV) of the new Renault Kadjar 2022

The camouflage covers almost the entire exterior. However, the front and rear light clusters as well as the grille are partially exposed. This prototype of the new Kadjar E-Tech Hybrid is equipped with a high-voltage lithium-ion battery that will allow it to travel a short distance in fully electric mode. Most importantly, under its hood is the new 1.2-liter TCe engine which is also in development.

Renault has decided that the new Kadjar will be the model that launches the 1.2 TCe engine. A block that will be key in the future hybrids of the brand. The HEV powertrain develops a power of 200 hp and will be available in the first commercial stage of the model. The plug-in hybrid model is scheduled for 2024.

In addition to the new engine, a 1.3 TCe block will also be offered. There will be no diesel engines and, depending on the choice made, we will find a six-speed manual gearbox or an automatic transmission. The front-wheel drive will be the protagonist but there will also be 4×4 versions in the range.

The new Renault Kadjar will be presented in 2022

When will it hit the market? The launch of the new Kadjar is set for the spring of 2022. However, it will be in June next year when it goes into production. Therefore, it will land in dealerships in the second half.

A fan art imagines the fusion between Bulma and Milk

Three of the best meta decks in Clash Royale (July 2022)