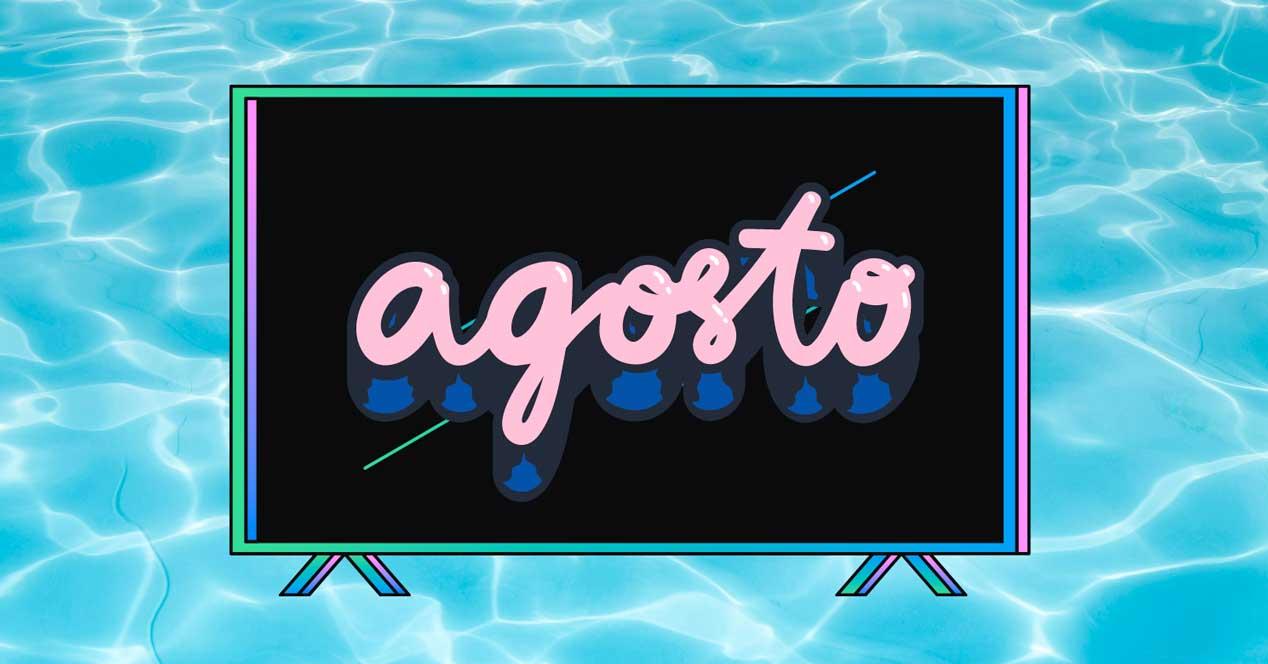 Julio has left us great successes to see on streaming platforms and with which you can catch up if you still have them pending. Some like Young Highnesses on Netflix or the second season of Sky Rojo which are available from the beginning of summer, for example. In addition, other essential series such as Ted Lasso on Apple TV + with a new season to face the decline of AFC Richmond with a very intelligent and entertaining comedy. All of them already available but with many to come, many premieres in August.

Index hide
1 Hunting for love
2 Hit & Run
3 Mr corman
4 Cruel summer
5 What would happen if…
6 The kingdom
7 The director
7.1 Nine Perfect Strangers
8 Only murders in the building
9 Returns

One of the first to arrive this August is a new vintage miniseries for fans of Belgravia on Movistar + or those who have already seen The Bridgertons on Netflix. It will arrive on August 2 at Movistar starring Lily James and Emily Beecham. It is a miniseries of only three episodes that takes us to the twenties to introduce us to Linda and Fanny, nonconformist and impulsive women who seek to enjoy their life to the fullest, experiment with everything they find in their path.

A new action-mystery thriller coming to Netflix at the beginning of the year. A man has discovered the “Truth about his wife’s death”. This truth will put you squarely in a network of secrets and mysteries. An Israeli series that will arrive on Netflix on August 6 if we are looking for a suspense drama that has part of the Fauda and The Killing team.

The Apple platform will also have premieres between the best series of August 2021. And it will do so with Joseph Gordon-Levitt, no more no less. He directs, produces and stars in a new series coming to Apple TV +, a ten-episode comedy that chronicles the life of a artist frustrated, Josh Corman. He lives with a friend after being abandoned by his fiancée and teaches classes. A comedy starring together with Arturo Castro, Logic, Juno Temple or Jamie Chung.

One of the first to arrive on Amazon Prime Video this August will be Cruel Summer. Starring Olivia Holt and Chiara Aurelia, a suspense thriller set in a small Texas town. A young teenage girl has been kidnapped and, after her disappearance, another woman her age will become the most popular town. A suspenseful teen drama in which we meet Kate Wallis and Jeannette during its eight episodes in the first season.

What would happen if…

Marvel launches new series that will arrive at Disney + on August 11 as successor to Loki and others that have been released in recent months: Wandavision and Falcon and the Winter Soldier. A miniseries that seeks to tell more about the different characters in the universe with alternative stories. The idea of ​​”What if …” is to show us what the different Marvel characters would be like if everything had happened differently than we have seen in series and movies so far.

El Reino is the new Argentine series that will arrive on Netflix on August 13 and with a luxury cast in which we will see Chino Darín, Nancy Dupláa or Joaquín Furrial. It is the story of a televangelist that he has become one of the main candidates, and favorites, for the presidency of Argentina. A religious leader with many secrets and controversies around him. A script by the writer Claudia Piñeiro that we can see from August 13 on Netflix.

See The Kingdom on Netflix

It is one of the most anticipated releases of the month, one of the best series of August 2021 on Netflix. Sandra Oh and Jay Duplass are the stars of this comedy that will arrive on August 20 and that puts us squarely in the English department of a university. The Canadian actress plays a university professor who has just been promoted to “Director of the Faculty of English” at the University.

See The Director on Netflix

Nicole Kidman is once again the protagonist of a miniseries that will come in the style of Big Little Lies. A Hulu production that opens on August 20 in Spain and will do so through Amazon Prime Video and not through Disney +. A story based on a novel by Liane Moriarty and that it will have eight episodes in its first season. In her, Nicole Kidman She is the director of a luxury retreat center in which we will learn the secrets of the peculiar clients who pass through it.

Only murders in the building

It will be the last to arrive in August and it will do so with Selena Gómez as the protagonist. Just Murders in the Building is a Hulu series that will premiere on August 31 at Disney + to move to the building of the Upper West Side with three neighbors with something in common: the true crime genre, the murderers. They are Selena Gomez, Steve Martin and Martin Short playing Mabel, Charles and Oliver. Their passion for serial murder and true crime will increase when the trio plunges into one of those they always see in movies and the news.

Beyond the new series that come to Netflix, Disney or Movistar + there are also others that return with new seasons to all streaming platforms and that we can follow watching in august if we had them pending …

Valeria returns to Netflix on August 13 with a second season in which we will follow again the characters based on the novel by Elisabeth benavent. She continues to strive to become an important writer as she enjoys life with her best friends and grapples with decisions about love and sex.

Stargirl returns to HBO on August 11 with a second season. A DC superhero story in which we follow Courtney Withmore, a high school student who has discovered the “Cosmic Staff” and has become an essential piece for a group of superheroes. Now you must help them fight the villains in a new season that will be available this month.

Come back on August 13 Modern Love with its second season. His first batch of chapters was a resounding success with independent stories but with love as the axis in all of them. The second will come by following the column in The New York Times on which it is based and using each chapter to show us love in each of its forms. Independent love stories with a luxury cast in which we will see Lucy Boynton, Minnie Driver, Anna Paqui, Isaac Powell, Tobias Menzies or Susan Blackwell.

Elena Cañero is the new president of the United States but this series stars Tess romero it works as a flash-back to tell us about the life and day-to-day life of a Cuban teenager in the United States. A series for the whole family that premieres its second season on August 10 on Disney.

Science: why we find it hard to find certain things in...