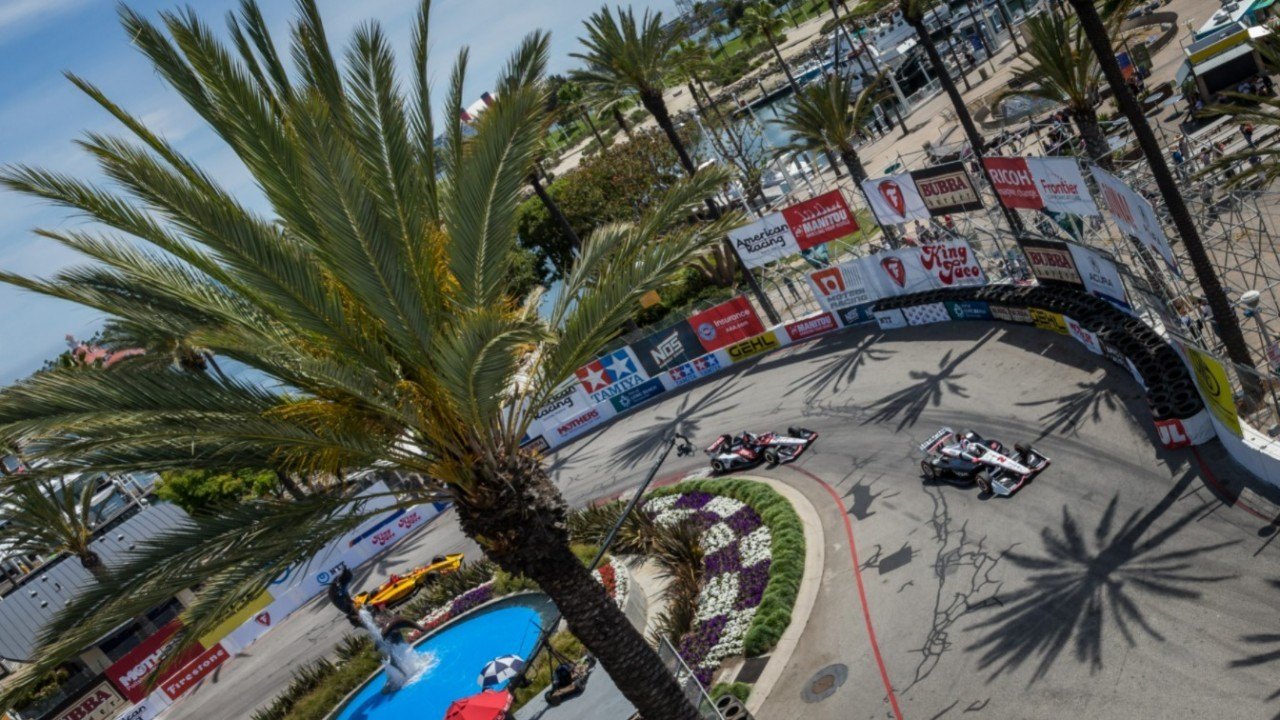 After 15 races contested, with nine race winners, seven riders on the pole list and the podium appearances of up to 15 different riders, it arrives the moment all IndyCar fans want and fear at the same time: the end of the season. With five months of winter break ahead (shorter than usual), the fight for the title monopolizes all the attention that, for the 16th consecutive season, reaches the final date alive. But it is not just any fight, with Álex Palou very close to a historic championship, and it is not just any date. With you, the second most prestigious race of the championship, the Long Beach Grand Prix.

After Laguna Seca replaced Sonoma in 2019, and the pandemic in 2020 forced the cancellation of the West Coast rounds to end the year on the streets of St. Petersburg, IndyCar’s final battleground will be the fourth different in the last four years. Again, it was COVID-19 that dictated this fact by postponing the Long Beach race with respect to its traditional April date, being moved to the end to avoid a second consecutive cancellation. This will therefore be the first time in almost two and a half years that racing cars will roar again by Shoreline Drive.

With a total length of 3,167 meters, Long Beach combines high speed sections with 90 degree curves and other narrow and iconic parts such as the fountain sector, where precision is essential to avoid ending up on the wall. The track was designed in an industrial zone in clear decline back in the 70s, and the construction derived from the revitalization that the GP generated has led to seven different redesigns of the circuit, the current one being conceived in 2000. The main characteristic it shares with its origins is the aforementioned Shoreline Drive, the curvy straight across from the boardwalk which houses the battered ship Queen Mary. Even the final fork is not in the same place as the initial one, although its design and challenge are practically identical.

Although its route is less narrow, the race regularly receives comparisons with Monaco due to the characteristics of the environment. Promoter Chris Pook relied on it to create the event in 1975, when urban racing was hardly popular in the United States. Given that USAC had restricted the national championship (current IndyCar) to oval lines in those years, it was home to the American Formula 5000, and that inaugural edition convinced Formula 1 that it should be the second World Cup event in the country, the Western United States Grand Prix. It was held between 1976 and 1983, with eight different winners in eight editions and the popular victory of Mario Andretti in 1977.

Given the greater economic pressure they suffered from the FOM and the fear of future losses, Pook reached a 1984 agreement with CART, the body that had taken over from USAC as the regulator of Indycar racing. Mario andretti added another three victories to his record (1984-85, 1987), and his son Michael achieved his first and last victory as a driver at Long Beach 16 years apart (1986 and 2002), but no one dominated this track like the ‘King of the Beach’, Al Unser Jr., who won the race up to six times, four of them in a row (1988-91, 1994-95).

Read:  The new 2022 Ford Fiesta is seen in broad daylight with less camouflage

Paul Tracy completes the list of four winners (1993, 2000, 2003-04) in Long Beach, and former competitors like Alex Zanardi or Mike Conway also know what it’s like to repeat victory. Despite initial pessimism in his move to the Indycars, the race was able to prolong the previous boom in attendance and pomp, becoming almost immediately an essential event on the schedule. Even in CART / Champ Car’s worst years during the Split, Long Beach always maintained strong attendance figures, sustained by a not inconsiderable percentage of casual audience who attends the event because it is a great social convention, Indianapolis style.

IndyCar consolidates its economic growth: revenues will rise 25% in 2022

On the current grid, no one has more wins than a Sébastien Bourdais that he won in the last three years of Champ Car, but the succession line of the ‘King of the Beach’ could fall on the shoulders of Alexander rossi, which crushed the competition in 2019 to clinch its second straight win at Long Beach by a 20-second margin. A triumph here would not only establish that role, but would break a 36-race win drought that lasts for more than two years. Previously, the victories were widely distributed by drivers and teams, as Will Power (another double winner), James Hinchcliffe, Simon Pagenaud, Scott Dixon, Takuma Sato, Ryan Hunter-Reay and Hélio Castroneves well know.

The media attention, however, will not be fixed on any of those nine previous winners, but on the three official contenders for the title. Álex Palou, who has never completed a single lap in Long Beach, faces a very favorable scenario in which a simple eleventh place would allow him to be champion without depending on what Pato O’Ward does. Both the Mexican and Josef Newgarden are forced to win and wait for a disaster from the Spanish. The grill will feature 28 units, five more than in 2019 and the largest of the event since 2001, when Charlie Kimball joined with Foyt’s third car that failed to qualify for the Indianapolis 500.

Sessions and schedules of the 46th Long Beach Grand Prix 2021

To the joy of the drivers, the DGT backs down with one of its most controversial recent decisions | Motor