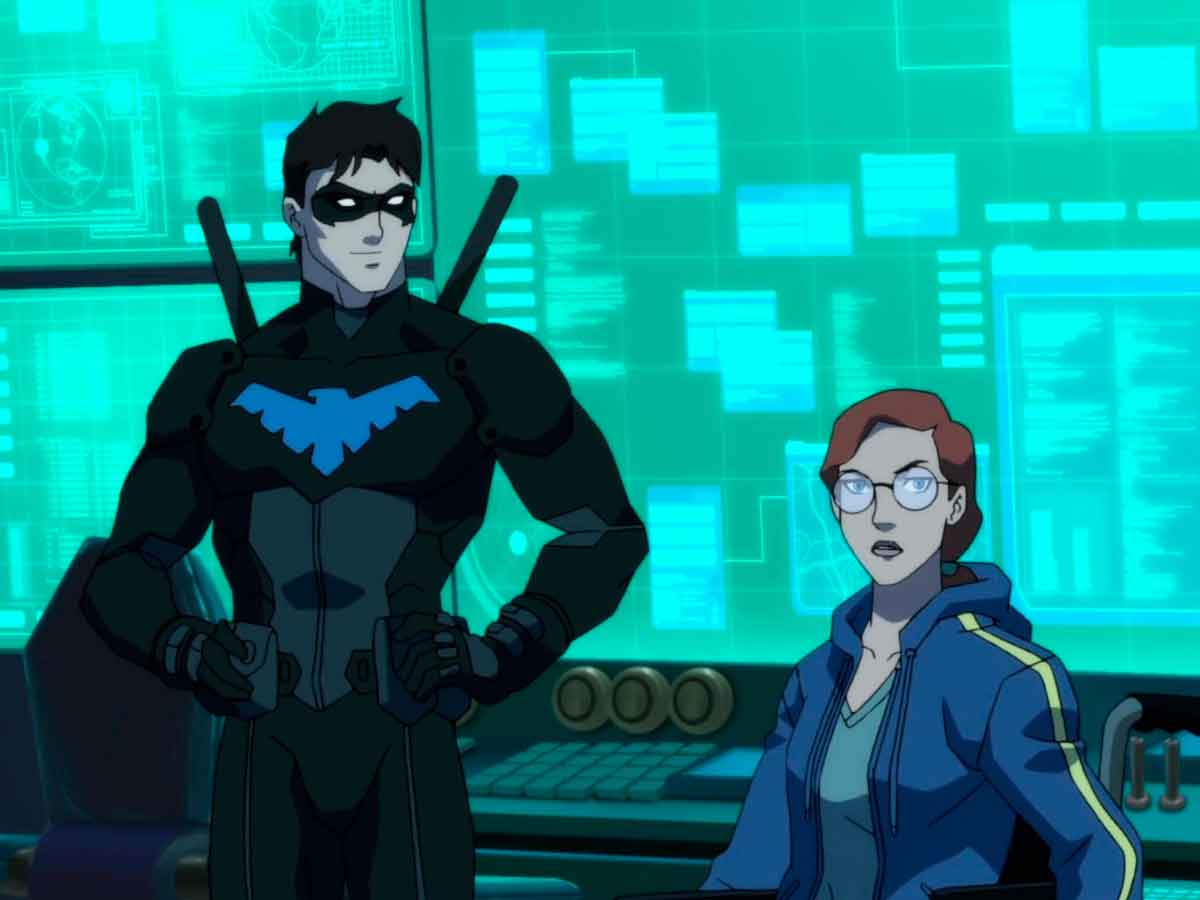 Index hide
1 The fourth season of Young Justice: Phantoms DC Comics is now available in the USA on HBO Max, and in its last chapter reformulates the origin of Oracle (Spoilers notice)
1.1 You can see the scene below

The fourth season of Young Justice: Phantoms DC Comics is now available in the USA on HBO Max, and in its last chapter reformulates the origin of Oracle (Spoilers notice)

The animated series of DC comics, Young Justice: Phantoms has already premiered its fourth season in HBO Max (at the moment it cannot be seen in the whole world)As in previous seasons, the series puts all of our favorite DC heroes in heartbreaking situations. One of the reasons that makes Young justice The fan favorite series is the way it makes us look at the heroes of the DC Universe in new ways, which is not easy to do with characters that have been around for decades. For example, episode 7, The lady or the tigress? It gives us new origins for both Barbara Gordon’s Oracle and Orphan, and it was emotionally intense.

Everytime that Young justice has passed into a new season, there has been a time jump. In season one, we briefly saw Barbara Gordon as one of Dick Grayson’s classmates. The second season begins five years later, and we see Barbara fighting alongside heroes as Batgirl. The third season takes place two years later, with Barbara already paralyzed and helping the team as Oracle. Something that no one questioned, since Barbara’s injury has been part of her history for decades in the comics. After all, it was a fact that the Joker was responsible for confining her to a wheelchair, and no one wondered if this version of Barbara Gordon was injured in any other way.

During the episode The lady or the tigress? We learn about Orphan’s story through a series of flashbacks. After years of training with her mother Lady Shiva, Cassandra Wu-San is sent to kill the Joker. The Clown Prince of Crime has taken the United Nations hostage and the Bat-Family arrives to intercept him. However, the Joker is not the origin of Oracle as we know it.

Watching Cassandra lash out at the Joker with her sword but Batgirl gets in her way and Cass’s sword ends up severing her spine from Batgirl, who screams in pain before falling to the ground. As the Bat-Family rallies around Barbara, she compassionately takes Cassandra’s hand and looks into her eyes. She tells the mysterious assassin that she wasn’t trying to save the Joker, she was trying to save her. Batgirl may not have known who Cass was, but she knew that if she killed the Joker, she would set out on a dark path from which she would never return.

You can see the scene below

Barbara Gordon did not know Cassandra Wu-San. When he made this sacrifice, he was doing it for a stranger. Which says a lot about Barbara as a hero. She was willing to stand in the way of a deadly sword so Cassandra wouldn’t have to live with becoming an assassin. Barbara could have been murdered, but she didn’t doubt it, although one always wonders, why lay down her life for a murderous villain? that action, how many lives will it have cost later?

Batman: The Killing Joke is one of the most analyzed comics ever published, from its ambiguous ending, to Batman’s complicated relationship with the Joker. Some have criticized the story for using Barbara as a mere prop and having no power in the story. John Ostrander and Kim Yale recognized that and remade Barbara Gordon as Oracle, making her the mistress of her own destiny. This episode takes a similar approach, but this time it gives Barbara a chance to do it. She is not a fixture in someone else’s story or a victim caught in the crossfire of a war between two other men. When Barbara Gordon loses her mobility in Young justice, is doing something heroic and inspiring.

This moment also gives us an idea of ​​Cassandra’s relationship with Barbara (Oracle). Lady Shiva trained Cass to be little more than an instrument for killing. Barbara’s sacrifice surprised Cassandra, stopping her in her tracks. She had been raised in an environment where no one showed compassion for anyone, and now Barbara has made the young woman question her entire worldview. During her childhood, Shiva treated Cass like a weapon, but Barbara treated her like a human.

Does Cassandra feel guilty? How does Barbara’s wound weigh on your conscience? Perhaps guilt is one of the reasons she’s loyal to the Bat-Family, because she knows what they gave up for her. Barbara’s act of heroism inspired Cassandra. As Batgirl lay bleeding on the ground, Cassandra saw firsthand the true price of violence. She didn’t want to bring that pain into the world, so instead of becoming a weapon, she became an instrument of justice. Now she hunts down killers, so no one will have to experience the pain she saw Barbara go through. By doing this, he honors Barbara, ensuring that her sacrifice was not in vain. Batgirl saved Orphan, and now she wants to prove that she was someone worth saving.

Throughout the episode, we hear Artemis recite a famous tale called the Lady or the tiger?, from which this episode is named. The story ends with a princess trying to decide whether she should spare her lover’s life, but in doing so, she might lose him to another woman or let a tiger devour him. The open tale is often seen as a Schrodinger’s cat type story, as we never know which door the princess pointed to. However, in the context of this episode and Barbara’s story, we can also see it as a story about sacrifice. By choosing the door with the lady, the princess will sacrifice her own happiness to ensure her lover’s survival. By choosing the tiger, you are selfishly deciding: “If I can’t have it, no one can”.

The story raises the question of what we are willing to sacrifice to help those we love. We will never know if the princess is capable of making that sacrifice, but after watching this episode, it is clear that Barbara Gordon is.

Young Justice: Phantoms comes with a new episode every Thursday on HBO Max.

The number of new infections by the Ómicron Variant triples

Joss Whedon charges against the cast of Justice League

More than 49 thousand operating notices can now be modified online

WhatsApp and Microsoft, among the most used brands for phishing