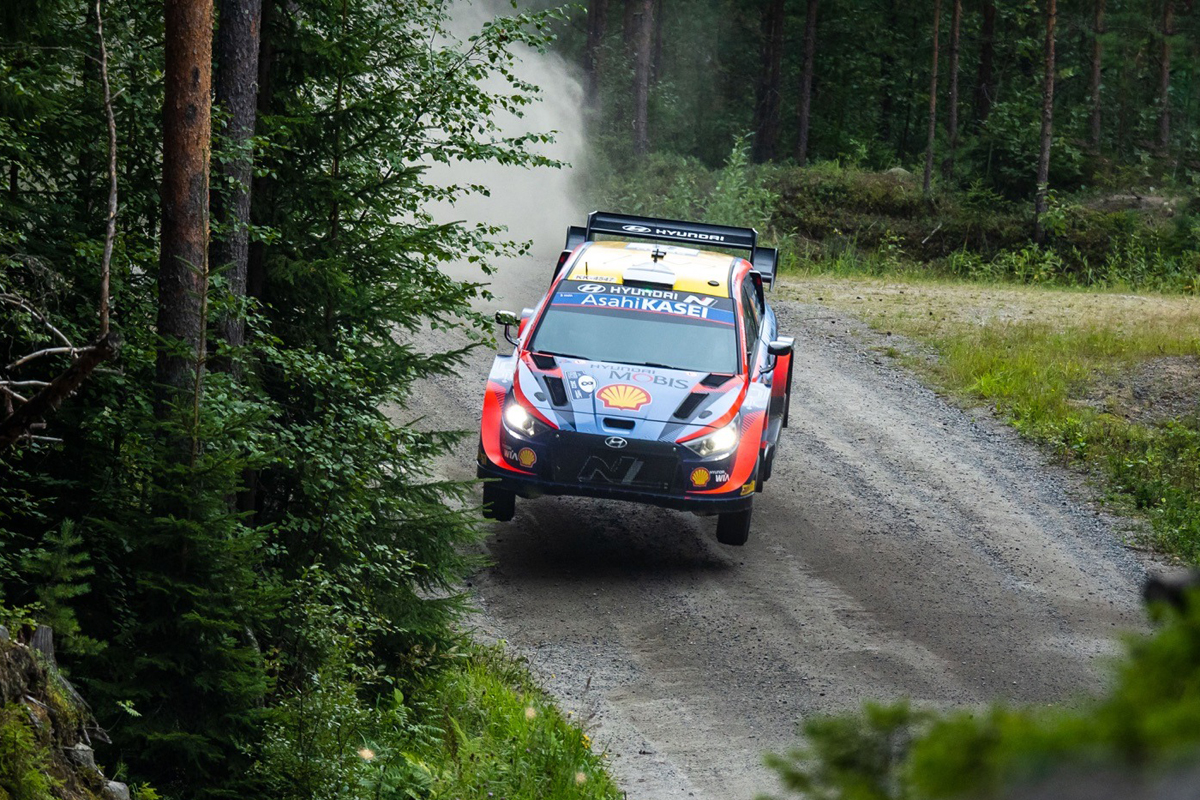 Ott Tänak is showing his most solid and strong version to retain the leadership of Rally Finland, a task that seems more and more difficult. Not so much because of the level of Esapekka Lappi as because of the progression that Kalle Rovanperä is signing. The WRC leader is already in third position and is very close to his teammate. Elfyn Evans completes the trio of Tänak pursuerswith a distance between the four pilots that does not even reach 18 seconds. Teemu Suninen also resists in WRC2, but Emil Lindholm is getting closer.

The rain was punctual in his appointment with the Rally of Finland and as the forecasts indicated, it was present from the first hour of Saturday morning, causing the SS11 It was already disputed on wet ground. Elfyn Evans conquered the scratch after beating Kalle Rovanperä by 0.7 seconds. Behind were the two great protagonists of the rally, with Ott Tänak endorsing 2.8 seconds to Esapekka Lappi. The Estonian saved the first assault before jumping into a section of ‘Rapsula’ where the effects of the rain became more present.

Kalle Rovanperä scored the fastest time in SS12, a record that served to assault once and for all the third place held by Elfyn Evans until that moment. Ott Tänak built an extra 1.8 seconds ahead of Esapekka Lappi, albeit with the threat of having Rovanperä less than 15 seconds behind. For its part, Thierry Neuville became fifth and not on his own merits, but because of Craig Breen’s accident. The Irishman violently hit a small embankment and ripped a wheel off his Ford Puma Rally1.

Kalle Rovanperä’s rise continued on SS13 with a new scratch that allowed him to cut another 3.3 seconds from Ott Tänak. The Estonian, threatened by the progression of the leader and by the push of Esapekka Lappi, managed to react in the last stage of the morning. The first run through ‘Vekkula’ was favorable to the Hyundai driver, to the point that Tänak scored the scratch in SS14 to raise his lead over Esapekka Lappi to 9.5 seconds. However, the equation begins to have three variables and not two as before.

Rovanperä seems to be ‘simmering’ the rally and at the end of SS14 he is already 3.4 seconds behind Esapekka Lappi and 12.9 seconds behind the leader. Elfyn Evans is fourth, still close enough not to rule out the Welsh driver at any time. Another story is Thierry Neuville, as the Belgian is in fifth position after Craig Breen’s mishap, but he is almost more than 1 minute and 10 seconds behind the riders who are fighting for the podium and Takamoto Katsuta is very close.

Read:  Sniper Elite 5 boasts the strongest points of its gameplay with its new trailer

Behind Pierre-Louis Loubet and Gus Greensmith, with the sole mission and dubious honor of being the best M-Sport driver, alooks like the figure of Teemu Suninen as the leader of WRC2, although his lead over Emil Lindholm has visibly shrunk. The difference between the two is 5.7 seconds, with Sami Pajari already settled in podium positions after Mikko Heikkilä’s accident. There is no change of leader either in the WRC3 category, with Lauri Joona at the helm with an advantage of more than two minutes over Jan Cerný.

Qualifying after SS14 of the 71st Rally Finland

Rally Finland continues tomorrow (2:38 p.m.) with the dispute of the last four sections of the second stage of the test. Pilots and co-pilots will dispute 62.45 kilometers against the clock.