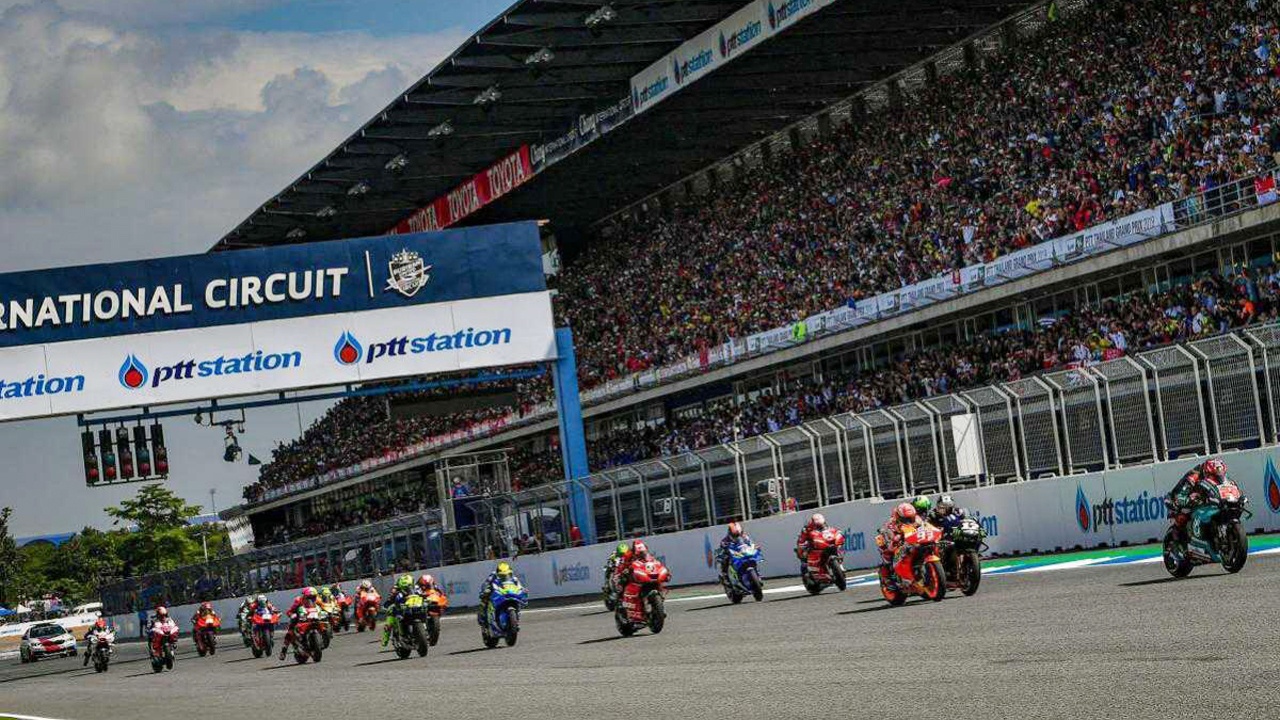 Facebook
Twitter
Pinterest
WhatsApp
FIM, IRTA and Dorna have announced the cancellation of the MotoGP Thai GP. The current restrictions due to the COVID-19 pandemic make it impossible to confirm the viability of the event, despite the efforts made by all parties involved. In this way, the MotoGP World Championship loses an appointment, although those responsible for the championship are working on shaping a new calendar in which accommodate a test that could replace the event that was to take place between October 15 and 17 at the Chang International Circuit in Buriram. This event is expected to take place on a European circuit.

The concept of the MotoGP World Championship is gradually fading in 2021 due to the impossibility of competing in Australia or in certain Asian countries due to the existing restrictions due to the COVID-19 pandemic. Following the cancellations of the Australian and Japanese Grand Prix, It seemed only a matter of time before the Thai Grand Prix also met the same fate. A scenario in which the viability of the Malaysian GP remains to be seen, although the local promoter ensures that preparations to host the MotoGP World Championship are still underway and according to plans.

With this cancellation, Thailand will have to wait another year to experience its third MotoGP event, since the Grand Prix could only be played in 2018 and 2019 before the 2020 and 2021 cancellations due to the coronavirus. In this aspect, Marc Márquez will continue to be the only rider who has managed to win at Buriram after winning the first two World Cup visits to the Southeast Asian country. In the meantime, the championship does not rule out shaping a double event on the same circuit to finish completing the calendar of this season against the low of Thailand.

REDOTEX BEFORE AND AFTER: EVERYTHING YOU NEED TO KNOW