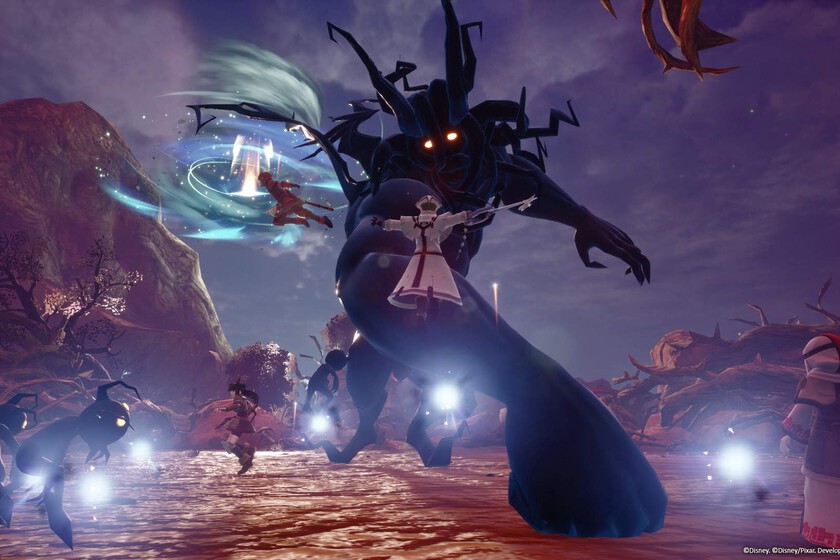 20 years are not celebrated every day, and the Kingdom Hearts universe still has many new stories to tell: Square Enix has celebrated the anniversary of its RPG saga in style by announcing no less than two very powerful new games: an unexpected (and much celebrated) Kingdom Hearts IV and a Kingdom Hearts: Missing Link which, by the way, will begin to be played this year on iOS and Android.

Although the first advance of Kingdom Hearts IV makes clear the return of Sora, Donald and Goofy, the big question asks itself: What is Kingdom Hearts: Missing-Link about? From the start, the intense sword duels against the Heartless are once again one of the engines of the experience. The other main gear of this action RPG will be geolocation.

Square Enix has defined Kingdom Hearts: Missing Link like the first location-based action RPG of the Kingdom Hearts series, so worlds like Scala ad Caelum will be combined through mobile device technology to appear in the real world. A type of experience widely popularized by Pokémon Go.

Of course, the game mechanics and the background will be completely aligned with what is expected of a Kingdom Hearts: An original story has been developed for the occasion and it is anticipated that there will be frantic combat against the Heartless. And looking at the look of the characters and the battles, we can expect a much more faithful experience to the saga compared to the game of Pikachu and company.

However, at the moment they are all promises. Very interesting aspects and stands in single file. Of course, and it won’t take long to take Square Enix at its word: it has been confirmed that this year there will be a closed beta (limited to regions to be announced) of Kingdom Hearts: Missing Link in which players will be allowed to participate in this curious experience.

The bad news: at the moment, neither dates nor compatible devices have been confirmed.

Square Enix plans to commemorate the anniversary of Kingdom Hearts they go far beyond the promised themed Tamagotchis. And despite the fact that the new numbered installment is the highlight in terms of announcements and draws a promising horizon, other projects in development continue to add content.

An example of this is Kingdom Hearts Union χ Dark Road, which will add its final episode next August. One last stretch for an adventure that announced his farewell more than a year ago, but which, as we mentioned at the beginning, still has adventures to offer fans. And yes, this latest batch of content will come for free.

For its part, it’s time to cross your fingers so that Kingdom Hearts IV don’t go too far. The development of the third installment was especially long, its arrival on PC even longer and, to be fair, the release of the entire saga on Switch caught us by surprise. Will we see Sora’s new adventure on the Nintendo console? In the laptop that you can take wherever you want, nothing is impossible.

For now, the next appointment calls us to this year with Kingdom un Hearts: Missing-Link that seems called to overlap Kingdom Hearts Union x Dark Road on mobile devices. From there, we can only speculate on the Disney worlds and characters we’d like to see. And we are not going to deny it, many of us are already crossing our fingers to see Marvel heroes or Star Wars characters in the saga.