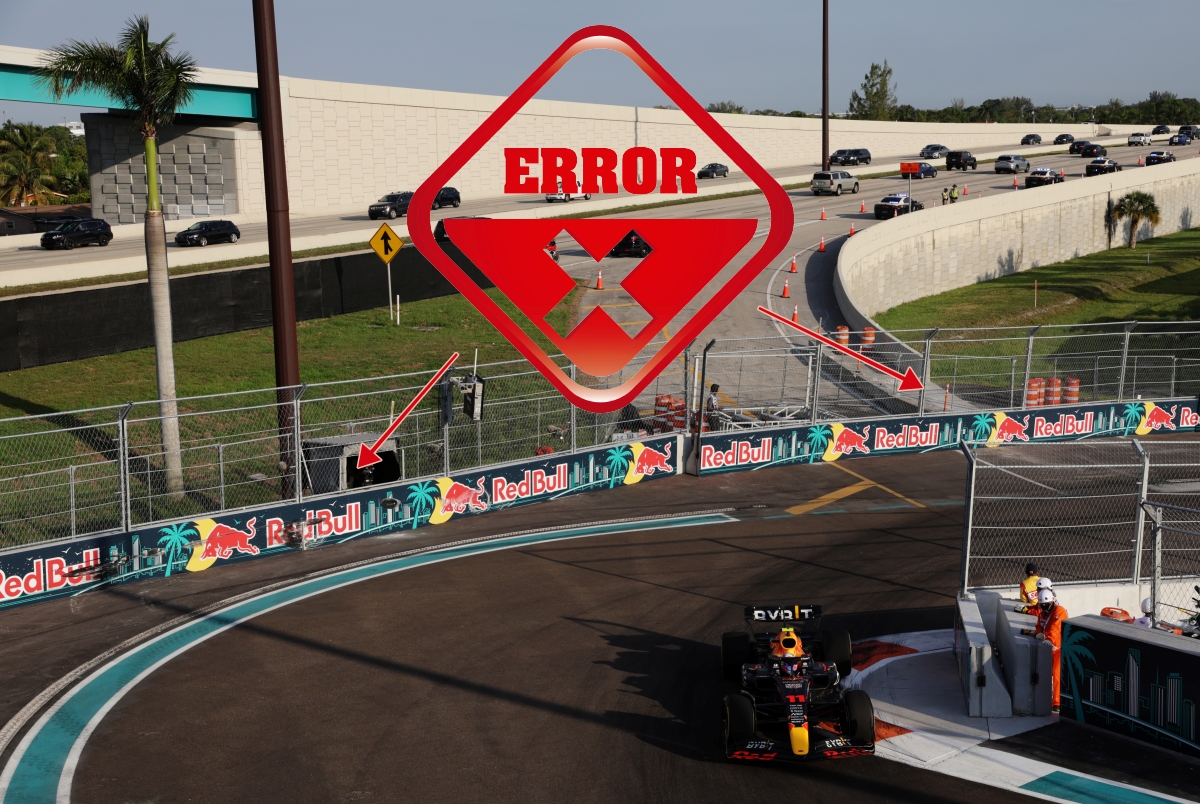 Formula 1 drivers have expressed their anger at the FIA’s decision not to heed Carlos Sainz’s requests regarding safety at Turn 14 of the Miami street circuit.

During the second free practice session on Friday at the Miami street circuit, Carlos Sainz suffered an accident at low speed. However, as a result of the direct impact against the concrete wall, the Spanish driver suffered a concussion and neck pain that still remained the next day.

This made the Spanish driver ask the race director, Niels Wittitchthe placement of TECPRO damping barriers in that curve 14 in which his Ferrari crashed.

“When a professional driver of the caliber of Carlos says something like that yesterday, I think the minimum is to take it into account”

But the request of the Spaniard, made during the meeting that in each Grand Prix the pilots have with the FIA ​​to deal with safety and regulation issues, was ignored, arguing Wittich that the speed reached in that area did not justify the installation of TECPRO barriersand also that the loophole was too narrow to do so.

The next day, during Free Practice 3, Esteban Ocón suffered the same accident in the same place, registering a deceleration of 51 g, one of the highest recorded in recent years in Formula 1.

And that despite being a low speed corner. “It’s really unacceptable, it was 51g, it shouldn’t have been such a big impact”said Esteban Ocon after visiting the medical center.

“We were all listening when Carlos complained to the race director. And nothing has been done. There was an argument last night. Carlos said the impact was too great for what it should have been. Today I felt huge. It’s probably the biggest accident of my career.”reiterated the Frenchman from Alpine, who after breaking the chassis in said accident, could not take part in the classification.

“Yesterday Carlos got hurt. I got hurt today too. The FIA ​​should do more for our safety. The important thing is that we can run, I can also run.

“When a professional driver of the caliber of Carlos, racing for Ferrari, says something like that yesterday, cI believe that the minimum is to take it into account and do the maximum possible to make a change. I won’t go into detail about the explanation, but I think these things will be ironed out from now on,” Ocon said.

Carlos Sainz was equally critical, confirming that he had asked the FIA ​​to act. “Sorry to be critical, but I told the FIA ​​yesterday that my second gear crash shouldn’t be that hard.My neck hurt a bit today. I told them: “Let’s put Tecpro there, it’s a very hard cement wall”. Esteban crashed, and surely he felt it too. And it’s one of those things I’ll never understand.”

But both direct protagonists of the problem were not the only ones to criticize the FIA’s inaction in this matter. Fernando Alonso insisted on doing something before the race.

“We got in the car and we know what it feels like when you hit the wall. Carlos was very clear yesterday in saying that it was not good to have only one wall there. Today we had another accident, in the same corner, in the same angle, another driver was injured, so tomorrow (Sunday) we have a second chance to put something there, “said the two-time world champion.

Read:  Formula E defines its calendar for the 2021-22 season

Formula 1 today Sunday: schedule, grid and where to see the Miami GP

Lance Stroll was even more forceful in his protest, stating that “They should put it. It’s ridiculous, a joke. I don’t know what the big fuss is about it, nobody wants to hit a concrete wall.”

Lando Norris joined the criticism. «I think the same thing that Lance said. There are some things we understand and know better than they can see. Because we know better where some risks are, where the car is going to the limit and things like that.

Whereas it was mentioned, it’s a security issue and it’s something we gave advice about and nothing was doneso I think it was … the same thing that Lance said, “he reiterated.

Who was somewhat more understanding with the FIA ​​and the circuit was the seven-time world champion, who on Friday had criticized the asphalt of the track and the chicane in that area from a strictly sporting point of view.

“You can’t predict every corner where we’re going to need TecPro. But the security on the track is excellent. So I think of course after an experience like this weekend, we can know that that’s an area where we can improve. But that’s part of the lessons we learn.”.

His former partner in Mercedes, Valtteri Bottas, did not think the same, assuring not to see “no reason why there shouldn’t be Tecpro on the curve. And she should have been there today (Saturday) ».

“I don’t think it was possible for them to do anything, being fair to the FIA”Perez said. “But we certainly discussed it and we were surprised by the amount of g that Carlos suffered. We don’t want to see that again. We want extra precautions in the future and avoid those kinds of serious accidents.”

George Russell agreed that “you can’t really react on a Friday night to make major changes. I think this place could be an amazing circuit if that sector had a rethink.”

The Miami circuit is worrying: no off-line grip, potholes and the terrible chicane

“I don’t think any driver finds that sequence of four corners that does not contribute anything pleasant.. It will not improve overtaking, it is not pleasant to drive. This has the potential to be a great track if they find a slightly different design there.”

Finally, Sebastian Vettel he asked for a solution for 2023, also putting emphasis on the walls of the straights of the circuit.

“You will always damage the car when you go off, but the question is where do you end up, is there cement or TecPro,” Sebastian Vettel said. “I don’t know what can be done overnight, but it’s important to look at all the places and see if it can be improved when we come back”.

“I also think we should have safer barriers on the straights., we shouldn’t just have these cement blocks. You don’t need to get out, you can have a puncture that is not your fault. It’s always better to hit something softer than something harder,” she concluded.