METAT8 stands out in the Axie Infinity World Championship 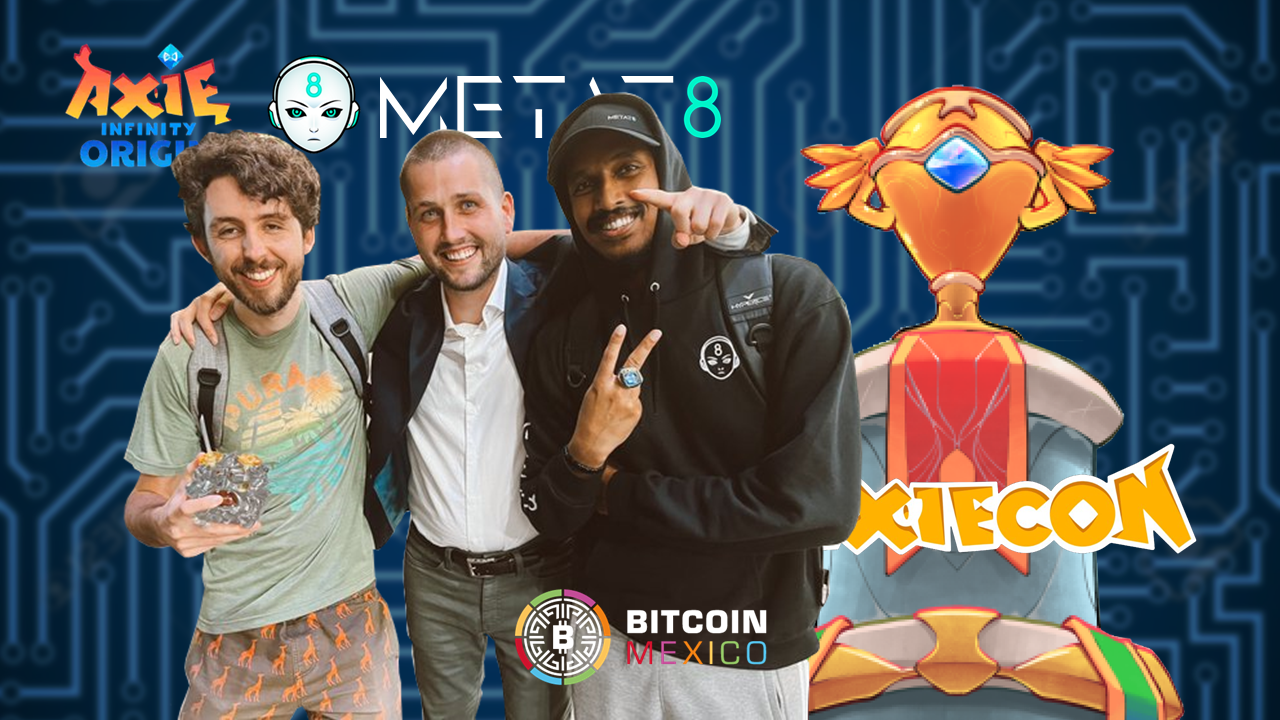 The world of digital assets is increasingly present in various activities of thousands of people around the world and its fame and profits have expanded to other areas besides the economic sector.

Among these areas are games that have some relationship with non-fungible tokens or NFTs, to the point that, as happens with traditional video games in which Esports-style tournaments are held today, the same fever is present in the crypto games.

In this regard, recently two players of METAT8 Esports were crowned in the two biggest tournaments in the final of the Axie Infinity World Championship, held at AxieCon in Barcelona, ​​Spain. In addition to being crowned winners, they also managed to win the sum of $229 thousand dollars.

MVP’s Thunderstruck and Sebastian “Superchería” Pozzo from METAT8 met in the finals of the Axie Infinity: Classic World Championships.

“It was amazing. I’ve done pretty well in ‘Magic’, but I’ve never won a major singles title. This was something special because coming home knowing nothing could have gone better is unique.” Pozzo pointed to the middle Decrypt after getting the win.

Pozzo has competed in the card game for more than 10 consecutive years and managed to take fifth place in the World Championship three years ago playing in the video game version, “Magic: The Gathering Arena”.

Read:  Game On! 2022, virtual conference that you cannot miss

For its part, Theeban “1437” METAT8’s Siva managed to place himself as the winner of the Axie Infinity: Origins finals, earning his second championship of the day.

For those who don’t remember, “Origins” is the new version of the card-based combat game, in which gamers test the abilities of their own NFT monsters, very similar to the Nintendo game Pokémon.

Siva discovered his interest in Axie Infinity, after he considered it to be a kind of “bridge” between his experience in video game and their interest in digital assets.

As the title progressed and evolved, Siva co-founded METAT8 in September of last year with popular Axie content creator “Elijah”.

It should also be noted that METAT8 has already considered the possibility of competing in other Web3 games, including an upcoming MOBA known so far as “Battle for Giostone”, in which Siva is participating in the development.

“We wanted to have the best possible team and something that is just about competing and getting better and stronger. We make sure that the players in our guild can fulfill their dreams of being full-time players, essentiallySiva pointed out.

What is Axie Infinity?

Axie Infinity is an online video game that has gained great popularity among the gaming community. It is based on the NFT Blockchain network developed and distributed by the Vietnamese studio Sky Mavis.

This title has some similarities with Pokémon, only instead of using these creatures, here we will have at our disposal Axies, “fierce creatures” designed to fight, explore and build.

Also, there are different types of Axies and some are stronger or weaker than others. The objective is to achieve a collection of characters that will accompany us throughout the adventure.

The game works by giving rewards, which are the game tokens that use the Ethereum-based cryptocurrency AXS and SLP.