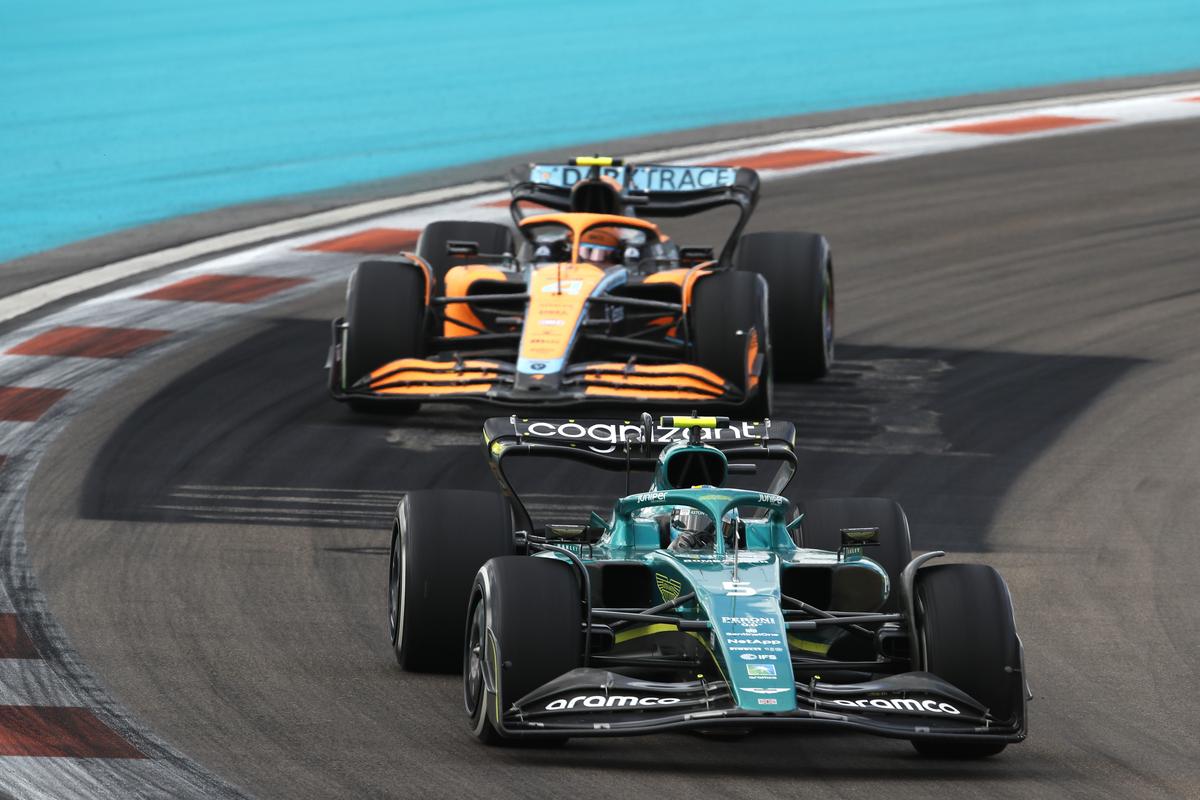 There are several teams on the Formula 1 grid that have undertaken a renovation at all levels in recent years. McLaren was the first, along with Alpine. Now, Aston Martin intends to do the same with Fernando Alonso as the leader on the track.

In this Formula 1 in which the budget cap and a completely new and more restrictive technical regulation from the development point of view dominate, there are many teams that want to aspire to victories and titles.

But, for the moment, only three of them have shown themselves capable of aspiring to it: Mercedes, Red Bull and Ferrari. And there is a reason: the fact that the budget limitation has allowed other teams to have the same financial resources as the leaders does not solve other aspects that allow these three to be superior.

much more than money

In a Formula 1 in which the budget limit has been set at 140 million dollars, at least 6 of the 10 participants reach that limit. In addition to those already mentioned, McLaren, Alpine and Aston Martin they already operate on equal financial terms, although this is not the case in many other areas.

Andreas Seidl, director of McLaren, knows well what differences still exist between these three dominant teams and the rest. “I did not expect a big change in the pecking order going into this new era of Formula 1”.

“There is no reason why the teams that are better right now, with their organizations, their infrastructure and their tools in place, should not do a better job compared to us in preparing for this new era. And that is what we are seeing”, explains the German engineer.

“We must also not forget that all the teams that we beat in the past, because we were the fourth biggest team, suddenly they are also in the middle of the fight. Some of these teams, like Alpine or Alfa Romeo, already have state-of-the-art infrastructure.”expands Seidl.

“That’s why we have to accept that these teams can do as well as we can, maybe even better than us right now. It is not a situation that we are happy with, but that is the reality in which we find ourselves », he acknowledges.

Read:  The DTM has increased its demands, according to reigning champion Maximilian Götz

But, although the new regulations, both technical and financial, give teams like McLaren, Alpine and Aston Martin the necessary tools to challenge the greats, this takes time and implies an accurate and effective renewal plan.

McLaren and Alpine started that path between 2018 and 2019, at which point they undertook a renovation of their staff, work methods and development tools. Although the renewal of the current Fernando Alonso team has taken place on a smaller scale, that of the Woking team has taken place at all levels.

“We plan to have the wind tunnel ready by the middle of next year, which means that part of the development of the 2024 car will already benefit from it.”explains Andreas Seidl about the star tool of his equipment renewal plan.

“The first complete car to be developed in the tunnel is the 2025 car. As for the simulator, we plan to complete a new one at the end of this year or the beginning of nextso we expect to see some benefits as early as 2023, at the latest in 2024,” he says.

“As for the DCF, we have also made great improvements. We are also looking hard at upgrading all our production facilities, which has to happen in parallel with our improvement as a team », he concludes.

The path that McLaren travels is, in essence, the same path that Aston Martin has takenwhich from 2023 will have Fernando Alonso in its ranks.

McLaren was seriously affected by the pandemic, which, in addition to placing it in a delicate financial position, paralyzed the construction of the wind tunnel and other projects associated with it.

Therefore, both teams have drawn similar timelines that end at the same point and with the same goal: win at the end of the current regulatory cycle in 2025. The difference is that, at the moment, McLaren is a much more established and mature organization. Will Aston Martin be able to regain ground and take the lead on the appointed date?