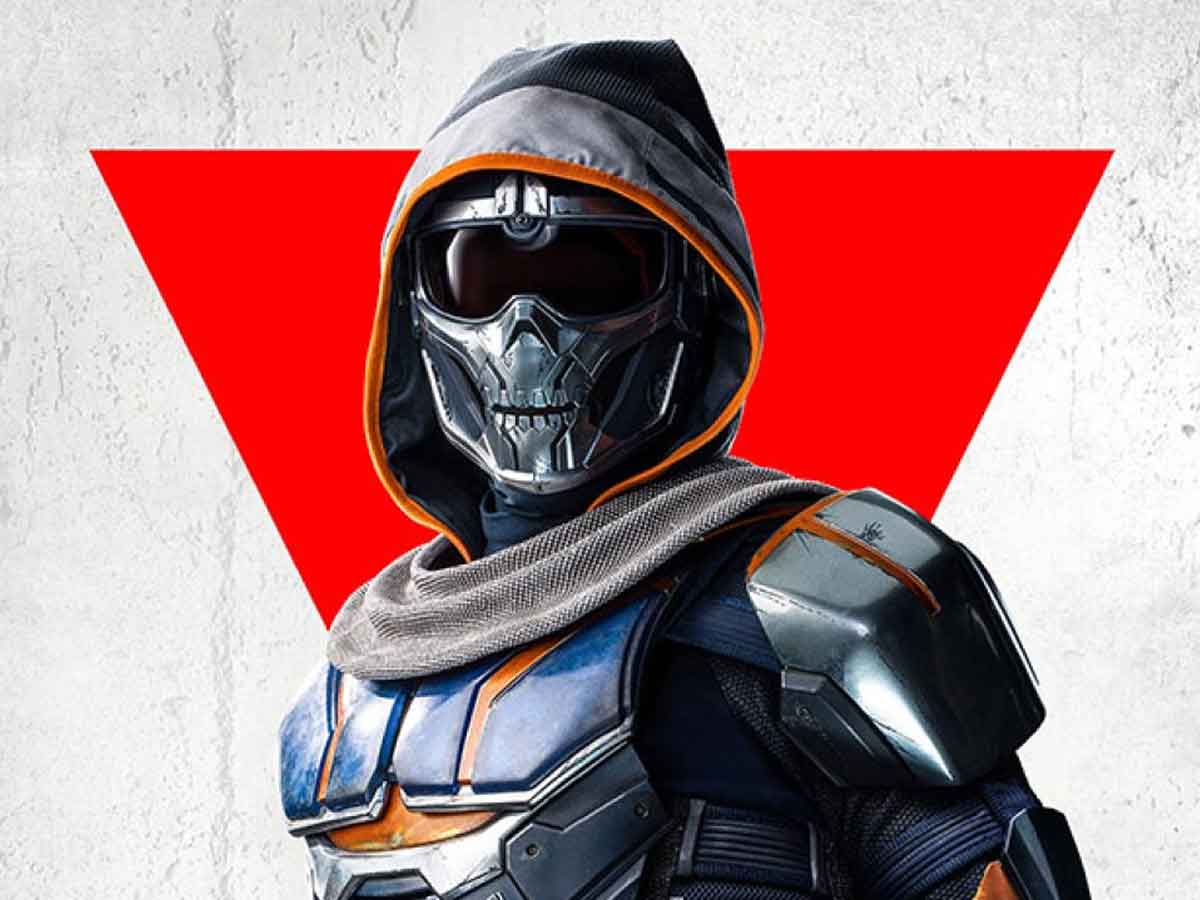 Facebook
Twitter
Pinterest
WhatsApp
Index hide
1 The character of Taskmaster from the movie Black Widow has not finished liking Marvel Studios fans and now we know why he is so different from the comics.
1.1 But … why did they change the origin of Taskmaster? Writer Eric Pearson has explained his decision:

The character of Taskmaster from the movie Black Widow has not finished liking Marvel Studios fans and now we know why he is so different from the comics.

The trailer of Black widow they introduced the villain Taskmaster as someone very skilled in fighting and who could imitate the greatest heroes of Marvel studios. Like for example Captain America, Hawkeye or Black Panther. But in the movie, the character looks little, although at least they tell his story, which is very different from the comics.

Attention SPOILERS. Instead of introducing the mercenary Tony masters, they decided that Taskmaster had ties to the past of Natasha Romanoff (Scarlett Johansson). That is why it is actually the daughter of Dreykov (Ray Winstone) interpreted by Olga Kurylenko. As well explained in the Marvel Studios movie, Natasha put a bomb on Dreykov when she was with her daughter when she was a child and they both left for dead. Something that has always haunted the Avenger.

But … why did they change the origin of Taskmaster? Writer Eric Pearson has explained his decision:

“Taskmaster was going to be involved, and there was a version before I came that was Tony Masters.” Eric Pearson revealed in a recent interview. “And I felt, I kept thinking, Can this guy somehow not just be a bully? Because Dreykov and the Red Room is what is related to Natasha personally and her past… Believe me, I looked very, very far away as… How do we make this Tony Masters guy credibly a Red Room agent? “

He also talked about the poor reception from fans of Marvel studios to the character.

READ:  Scarlet Johansson makes it clear, this is her end in Marvel

“I made the mistake of looking at direct message requests and someone said, I don’t want to be out of line, but Taskmaster was the biggest betrayal of my life. And I was like, so you’ve had a pretty good life. If that’s the worst thing that ever happened to you, then you should be psyched up. “

You can currently watch the movie Black widow in cinemas, but it is also next to the rest of the deliveries of Marvel studios on the Disney Plus streaming platform, but with Premium access.

The Twitter hack was more serious than we thought: more than 130 accounts were attacked