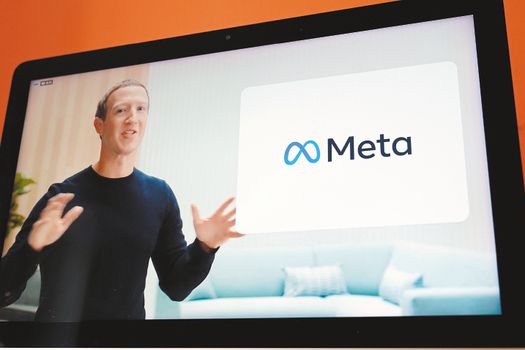 New technologies continue to generate new followers. Mark Zuckerberg, the CEO of Meta, recently confirmed that the company is considering adopting Non Fungible Tokens, or NFTs, on Instagram in the short term.

According to Statista data, from April 12, 2021 to February 15, 2022the total value of NFT sales in the art segment fluctuated significantly.

The statistics platform noted that as of April 12, 2021, NFT sales recorded on the Ethereum blockchain over the previous 30 days generated an added value of almost 64 million US dollars.

So many specialists expect NFTs and everything related to this industry has grown exponentially in recent years.

Mark Zuckerberg, during his opening speech at SXSW indicated that his company is considering adopting NFTs on Instagram.

“We are working to bring NFTs to Instagram in the short term. Today I am not ready to announce exactly what it will be, but in the coming months you will have the possibility to bring some of your NFTs. And over time you will be able to lie within that environment,” the businessman said in his speech.

Zuckerberg spent most of the time in his speech talking about his metaverse. “I hope that the clothes your avatar wears in the Metaverse can be minted as NFT and you can carry it between different places“, he claimed .

Read:  Netflix's CM helps user so that his ex-girlfriend no longer steals his account

Although Zuckerberg did not mention many details, this is a rumor that had already been discussed in the industry and that the CEO of Meta confirmed.

Recall that in mid-January, the Financial Times media outlet commented that Meta has plans related to NFT.

According to the media report for that date, “Facebook and Instagram will become places where users can create and sell these digital assets.”

For his part, Adam Mosseri, the head of Instagram, hinted at the arrival of NFT on the platform in December 2021, where he assured that the company was “exploring the possibility; hoping to reach a larger audience. I think it’s an interesting place that we can explore to help creators.”

Also, as another precedent on the topic in the summer of 2021, the social network celebrated the “week of the creator”, where it sponsored a private event for creators committed to NFT.

Statista details that as of February 2022, Meta had a market capitalization of over US$594 billion, making it the third largest internet company in the United States, behind Alphabet and Amazon.com.

Meta is not the only platform that has already shown its interest in NFTs and the Metaverse, as it is joined by Twitter, which is already allowing the use of NFT images as profile pictures for users with Twitter Blue subscriptions.

As YouTube has also confirmed in recent days its interest in NFT and it is already one of the proposals that will appear on the platform in 2022.

In the absence of Instagram, Russian users create Rossgram, a “clone” of the social network