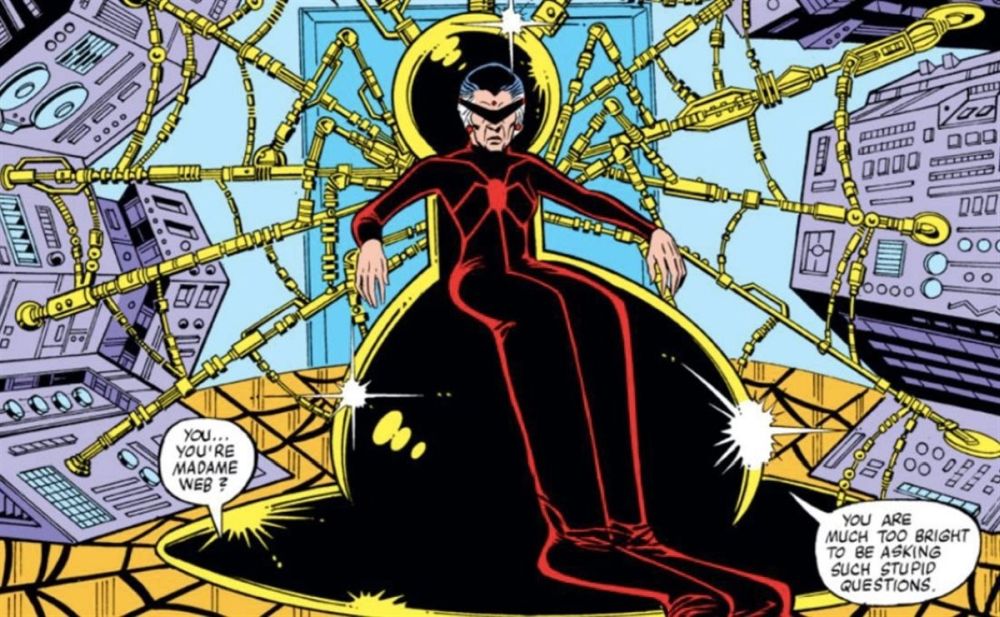 Share
Facebook Twitter LinkedIn Pinterest Email
Index hide
1 According to recent reports, Madame Web could add beloved Uncle Ben to her list of possible characters. Of course, it would be a young version, prior to Peter Parker. So far there is nothing confirmed, but the rumors of who is the actor who would play him are already here. Read them!
2 Share it with whoever you want
3 Related Posts

According to recent reports, Madame Web could add beloved Uncle Ben to her list of possible characters. Of course, it would be a young version, prior to Peter Parker. So far there is nothing confirmed, but the rumors of who is the actor who would play him are already here. Read them!

madam web It is in the middle of filming and, despite the fact that several images have been leaked, there is still not much confirmed information about its plot or the characters that will appear. However, a recent report ensures that we could see the dear uncle Ben, but when he was not yet an uncle. Who is the actor who would play him?

The latest additions to the film (those of Emma Roberts and Sidney Sweeney) sparked a flurry of theories and rumors about which characters they could play. Since Black Cat, Silver Sable, Spider Gwen, Jessica Drew either Julia Carpenter. But honestly, we haven’t even confirmed what madam web will give life dakota johnson.

Remember that in the comics, Madame Web is Cassandra Webb, a professional medium who, thanks to her powers as a precognitive mutant, can perceive other people’s psionic powers, communicate with receptive heroes to hers and move through her astral form. However, this character has a few years on top of her, unlike Dakota Johnson. Because of this, many fans thought of two possibilities: that the film deals with the beginnings of Webb or that the actress actually plays Julia Carpenter.

Who Julia Carpenter? The character was initially known as the second Spider-Womanlater as the second arachneand then as the second madam web. Since she is younger, several fans believed that the movie of Sony I would go this way. However, a recent report does not point to that side.

Although early photos from the set showed Johnson wearing a red jacket (giving strength to the rumor that it would be Julia Carpenter)the actress seems to give life to Cassandra Webb in the movie However, those were not the only images that were leaked. In some you can see the actress with adam scottboth dressed as paramedics, as they go to help in a car accident.

And this is something we didn’t see coming. According to Cosmic Circus, adam scott would be in charge of playing a young and beloved uncle Ben. It is not known if it will appear May, since as he is young they may not have even met. But that’s not all, but the medium also says that emma roberts I would give life to nothing more and nothing less than the mother of Peter Parker, Mary. It is also unclear where her husband and brother would be. Ben, Richard Parkeror who would get to interpret it.

Secondly, sydney sweeney seems to be the one to keep the role of Julie Carpenter, while Elizabeth Merced would play Anya Heart, who at first was known by the pseudonym of Spiderbut later changed its name to spider-girl. To them is added Celeste O’Connor, who would also play another character from the Spiderverse: Mattie Franklinthird Spider-Woman.

It would still be to discover which characters they would play Mike Epps, Tahar Rahim, Zosia Mamet and other actors who were announced that they would participate in the film. Nevertheless, Sony He hasn’t officially confirmed anything about these papers yet, so take it with a grain of salt and wait.

The details of the plot madam web are scarce, however, if we take into account that dakota johnson will be one Cassandra young man, everything indicates that the film will serve as an origin story. except that Sony decide to change many things and surprise.

As for those who would be in charge of bringing this film to the big screen, we have S J Clarkson as director, while Matt Sazama, Burk Sharpless and Kerem Sanga They would write the script. It is expected that madam web hits theaters in October 2023.

This movie will be the fifth installment of the Sony’s Spider-Man Universeline of movies that is focusing on the enemies of the Spiderman and other of his supporting characters. East spiderverse Includes two installments of Venomone of Morbius and soon that of Kraven the Hunterstarring Aaron Taylor Johnson. In addition, movies are planned The dead with bad bunny and a third of Venom.