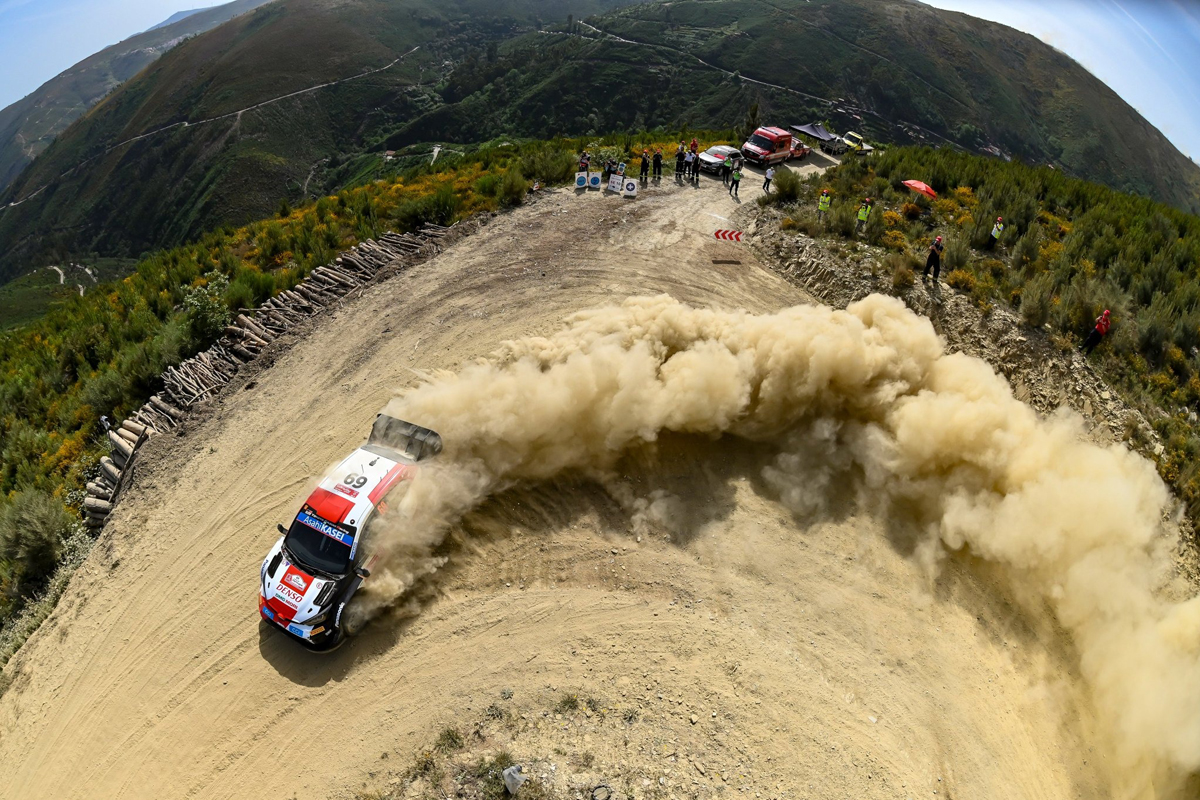 Kalle Rovanperä has champion material. And not for the fact of being the leader of the WRC or having won two consecutive rallies this season, but because when he had everything in his hands to secure a second place that is worth its weight in gold in the fight for the title, the suomi has thrown the calculator in the trash and has launched the hunt and capture of Elfyn Evans. Although he started the afternoon loop 18.4 seconds behind, Rovanperä sleeps leader in the Rally of Portugal in the absence of the last stage.

With Thierry Neuville fifth after a mechanical problem and Craig Breen and Ott Tänak out of the ‘top 5’, Kalle Rovanperä had the option to lift his foot and start managing his advantage to secure a very valuable second place. Nothing is further from reality. And this was evident in the SS13, since Rovanperä started the loop with a scratch on the second run through ‘Vieria do Minho’. He repeated Kalle’s scratch in SS14 to place himself 9.9 seconds behind his teammate in Toyota in a section in which Gus Greensmith had a touch, damaging the suspension of his Ford Puma Rally1.

The second pass through ‘Amarante’ with its feared 37.24 kilometers served Rovanperä to consummate his comeback. Thierry Neuville took advantage of the rain that appeared on the stage to sign a wild scratch, although the Belgian’s performance was overshadowed by the great work of Kalle Rovanperä. The Finn endorsed Elfyn Evans by 13.9 seconds to position himself as the new leader with a 4-second advantage over the Welshman. Behind, Craig Breen also outperformed Pierre-Louis Loubet in the fight to be the best M-Sport driver.

There was still the Porto super special to play, a mere formality for the leading drivers and an opportunity to stick their heads out for the drivers in the WRC2 category. In fact, Josh McErlean scored the scratch with the Hyundai i20 N Rally2 and did it ahead of Nikolay Gryazin and Mikolaj Marczyk. In fact, no ‘Rally1’ appeared in the top ten and even Robert Virves with the Ford Fiesta Rally3 finished ahead of Kalle Rovanperä. Anecdote in any case, because the work for the Finn was already done.

Read:  Bielsa is a trend for being the main candidate to lead Mexico?

In the absence of the five stages on Sunday, Kalle Rovanperä is leader of the Rally de Portugal with a lead of 5.7 seconds over Elfyn Evans. The Japanese Takamoto Katsuta resists in third position, closing Toyota’s triplet, although the duel with Dani Sordo promises to be intense during the last day of the rally. For its part, Thierry Neuville is fifth, followed by Craig Breen, Pierre-Louis Loubet and Ott Tänakalthough the distances between all of them make it difficult for there to be changes of position on Sunday, except in the case of a Tänak who could hunt down Loubet.

For the rest of the categories, Teemu Suninen commands with a firm hand in WRC2 after the second stage. The Finn manages a lead of half a minute on Yohan Rossel, leader of the category. For his part, Kajetan Kajetanowicz completes the podium without pressure, as Chris Ingram is far behind the Pole. For its part, Sami Pajari has already put the ‘autopilot’ and although more than half a minute has been left during the afternoon loop with Lauri Joona, He has everything in his hands to win the WRC3 Junior.

Classification after SS16 of the 55th Rally de Portugal

Rally de Portugal ends this Sunday (08:08 a.m.) with the dispute of the last five stages of the event. Pilots and co-pilots will dispute 50 kilometers against the clock to close the test.

Will Axie Infinity be able to maintain their huge rise and continue to lead?