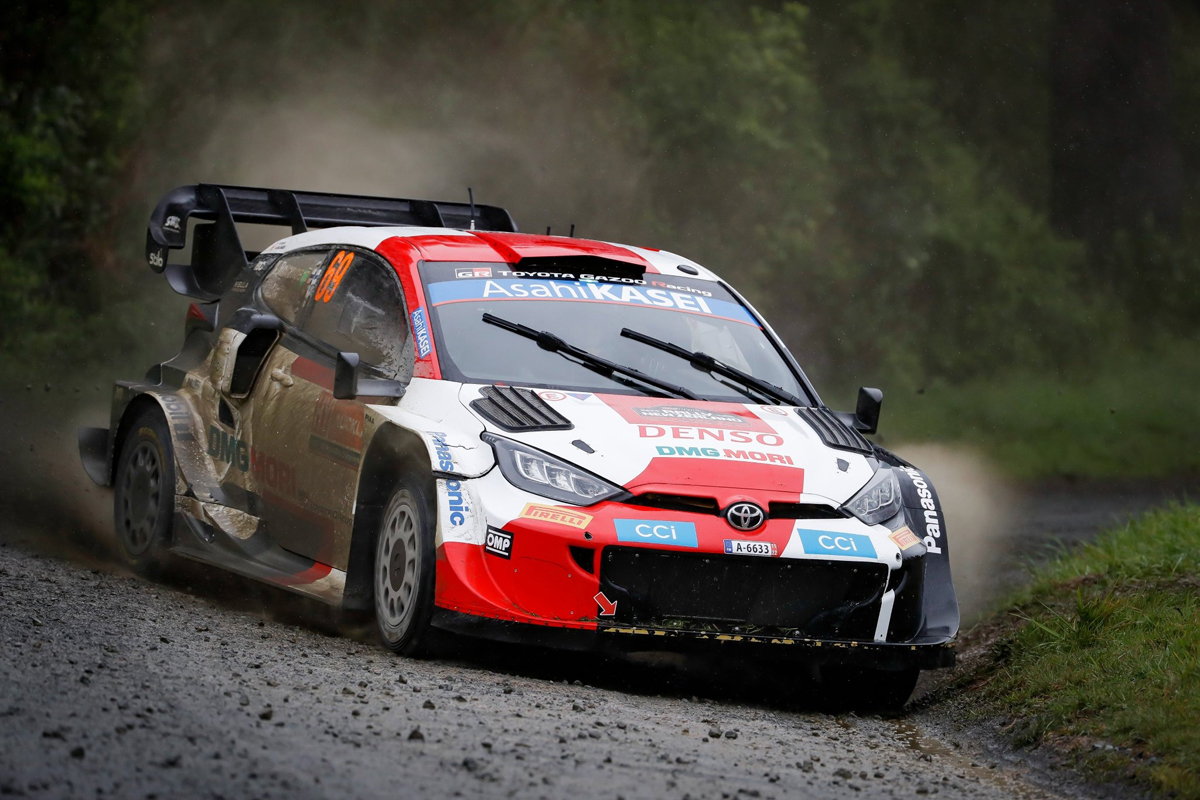 Kalle Rovanperä has put the direct in the afternoon loop on Saturday and has everything in his hands to achieve victory. With the current result, the Finn would be WRC champion, although Ott Tänak can still avoid it.

Kalle Rovanperä comfortably leads Rally New Zealand and walks alone towards a triumph that can be decisive. The Finn has almost half a minute’s lead over Sébastien Ogier, while Ott Tänak is third and does not seem to have options to reach the French. The resolution of the Power Stage will define whether Rovanperä becomes WRC champion this weekend or he has to wait for Spain.

As in the morning loop, the afternoon stages began with another distribution of sanctions for Hyundai. Again due to an excess of energy in SS7, which translated into a ten-second penalty for each car. Nothing decisive at this stage of the film, since Elfyn Evans had to retire permanently for the damage to his car and Sébastien Ogier added a 10-second penalty, in this case for arriving a minute late at the SS12 control.

Kalle Rovanperä is poised to secure his first WRC title if he wins Rally New Zealand.

It cannot be said that these penalties have defined the rally, merit that must be given to the leader of the championship and of the Kiwi event. Kalle Rovanperä was out for work in the afternoon loop on Saturday and dynamited the rally. With a double scratch on SS11 and SS12, Rovanperä shot his lead over Sébastien Ogier to over 28 seconds, since the French beat Ott Tänak in the first section of the loop.

The stages that closed the day have served to define the podium positions, at least on paper, but also to clarify the possible fights that could take place behind. Thierry Neuville is fourth and although the sensations with the Hyundai i20 N Rally1 are not good, nobody threatens this position. Something similar happens to Oliver Solberg with his fifth place, despite having engine problems. Total, the Swede has been left without a direct rival to close the ‘top 5’.

Takamoto Katsuta suffered a track exit in SS12 that not only takes him away from fifth place in the rally, but also possibly ends the brilliant streak that the Japanese driver has accumulated so far. In fact, Katsuta had been the only queen-class pilot to date. had managed to score points in each and every one of the rallies played. Although he rejoins on Sunday, his chances of scoring are almost nil.

Beyond this circumstance, Katsuta’s withdrawal has put Hayden Paddon in an unexpected sixth position, since the New Zealander competes at home, but he does so with a ‘Rally2’ vehicle. For its part, Lorenzo Bertelli is seventhalthough it is true that the Italian driver’s rally in his debut in the premier class is being discreet to say the least.

Hayden Paddon walks unchallenged to WRC2 victory and he does it with the calm that confers the income of more than two minutes that he has over the Pole Kajetan Kajetanowicz, also satisfied with a second place that is worth a lot in the fight for the title. For its part, Shane Van Gisbergen is thirdalthough it is located one minute from Kajetanowicz.

All of them have sneaked into the ‘top 10’ of the rally, as well as the Australian champion Harry Bates. It’s not like Bates is facing much opposition either, since Matt Summerfield with the first of the AP4 vehicles is more than a minute and a half away.

Qualifying after SS13 of the 45th Rally New Zealand

Rally New Zealand ends at night from Saturday to Sunday (11:32 p.m.) with the dispute of the third and last stage of the event. Pilots and co-pilots will dispute 31.18 kilometers against the clock.

What does the title Dead Reckoning mean for the upcoming movies?