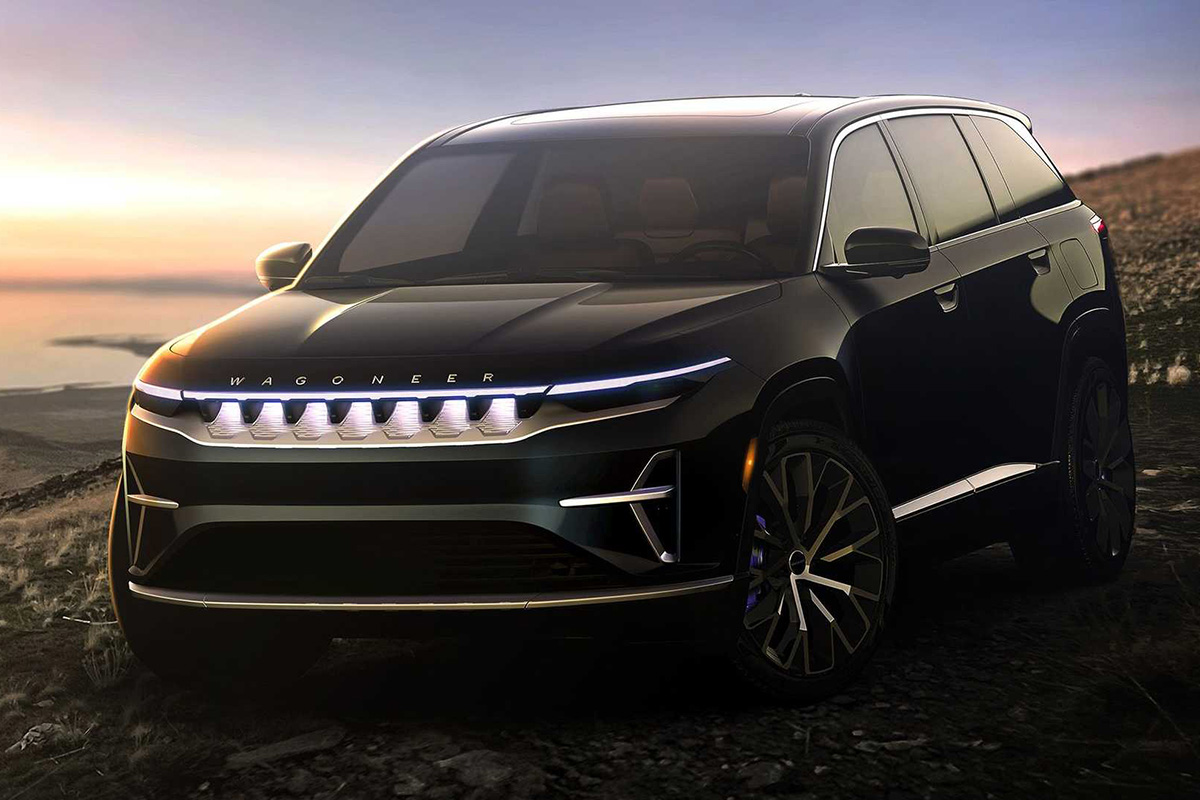 Jeep has announced the expansion of the Wagoneer range with a fully electric model. The new Jeep Wagoneer S is an electric SUV with approximately 650 kilometers of autonomy that will be ready to storm dealerships sometime in 2024.

The Jeep Wagoneer It has been another of the leading models in the «Jeep 4xe Day». The event organized by the Jeep brand to reveal the keys to its strategic electrification plan has been the setting chosen to confirm something that had been discussed behind the scenes. And it is neither more nor less than the electrification at the highest level of said model. Jeep has announced the expansion of the Wagoneer range with a 100% electric SUV.

This new all-electric vehicle is known internally by the code name Jeep Wagoneer S
and it will be a reality before the year 2025. The electric Wagoneer will allow Jeep to expand its presence in the premium SUV segment. An SUV that will stand out, not only for its aerodynamic design and its technological equipment, but also for its off-road capabilities.

Jeep has confirmed that this new electric SUV will be marketed globally and will have a autonomy of up to 644 kilometers. The propulsion system will develop a total power of 608 hp (600 hp) and will be able to accelerate from 0 to 96 km/h in approximately 3.5 seconds.

Read:  Estrima Biró, an electric quadricycle with up to 100 km of autonomy and removable battery

The exterior design of the electric Wagoneer is marked by a LED grill characteristic. A large part of the efforts during development have focused on achieving the most aerodynamic shape possible, without sacrificing off-road behavior, in order to achieve a high level of efficiency. Something key when it comes to a battery electric car. Despite this, Jeep ensures that the Wagoneer’s own side view has been maintained.

Christian Meunier, CEO of Jeep, stresses that it is a high-quality, high-tech SUV: “We will delight our customers with a high-end, highly efficient SUV with high-quality technology and workmanship, offering off-road capability, high performance , quick acceleration and a target range of 644 kilometers on a single charge.

Will it come to Europe? The launch of the new electric Wagoneer will take place in 2023. It will be in the next year when the order book opens for customers in the United States. Serial production will take place at a Stellantis facility in North America. It will start in 2024 and will be sold in the main global markets, including Europe.