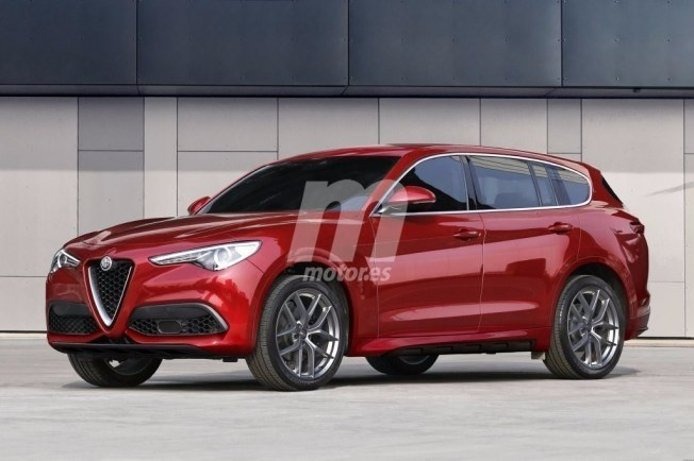 The imminent arrival of the new Alfa Romeo Tonale will not be the only great novelty of the renewed Italian firm. The French leader at the helm has confirmed in a statement that one of the next launches is a new SUV for the E segment, the one known until now as Alfa Romeo Castello.

Jean-Philippe Imparato has kept his words. Hand in hand and at his command, Alfa Romeo recovers the sporting spirit with the next commercial launch of the unprecedented Tonale. While some insist on building an offer of products parallel to what the French have in mind, the Frenchman has confirmed that one of the following models he has on his agenda for future releases it is none other than a completely new SUV, situated above the Stelvio.

The French president has confirmed it in an interview with a Dutch media, in which he has been more than clear in his words. Until now known as Alfa Romeo Castelloa SUV for the E segment and a competitor of the stature of the BMW X5will be a reality in the coming years. It has not set a specific date but it has advanced that we will see it on the roads in 2027so it can be deduced from this five-year period that it is not one of the priorities.

In fact, this more important role is the responsibility of the Tonale, the new B-SUV that will arrive in mid-2023 and the renewed Stelvio that we will not take long to see, although the real objective is that it is the first two that return Alfa Romeo to the path of black and positive numbers. And of these two, we can tell you that high hopes are pinned squarely on the new Tonale. This model is what has been described as the “money machine”.

The conversation is not wasted, since Imparato has confirmed that he intends for the Milanese firm to return to the higher segments, that is, above D, revealing exclusively that «I have not told anyone that before, but since I want to be the global premium brand of Stellantis, and because everyone in the world knows our brand, I want to bring a high-end SUV to the market. How exactly are we going to shape that is another question, but we will have a model above segment D».

Alfa Romeo will attack the E segment in 2025, this render anticipates the future saloon

Be careful, because the CEO did not stop, but continued with his vision of the future, noting that they will be present pointing “we are going for the most profitable segment in the world.” And this is none other than luxury and representation models, adding that «We aim at models such as the BMW X5, X6 and the 7 Series. This decision was made recently, and with it we can also go to growth markets such as China”, one of the world’s great markets in which its greatest rival, those in Munich, are present and enjoy high acceptance, and which Italians also want their piece of the pie. A warning to sailors, to German competitors…