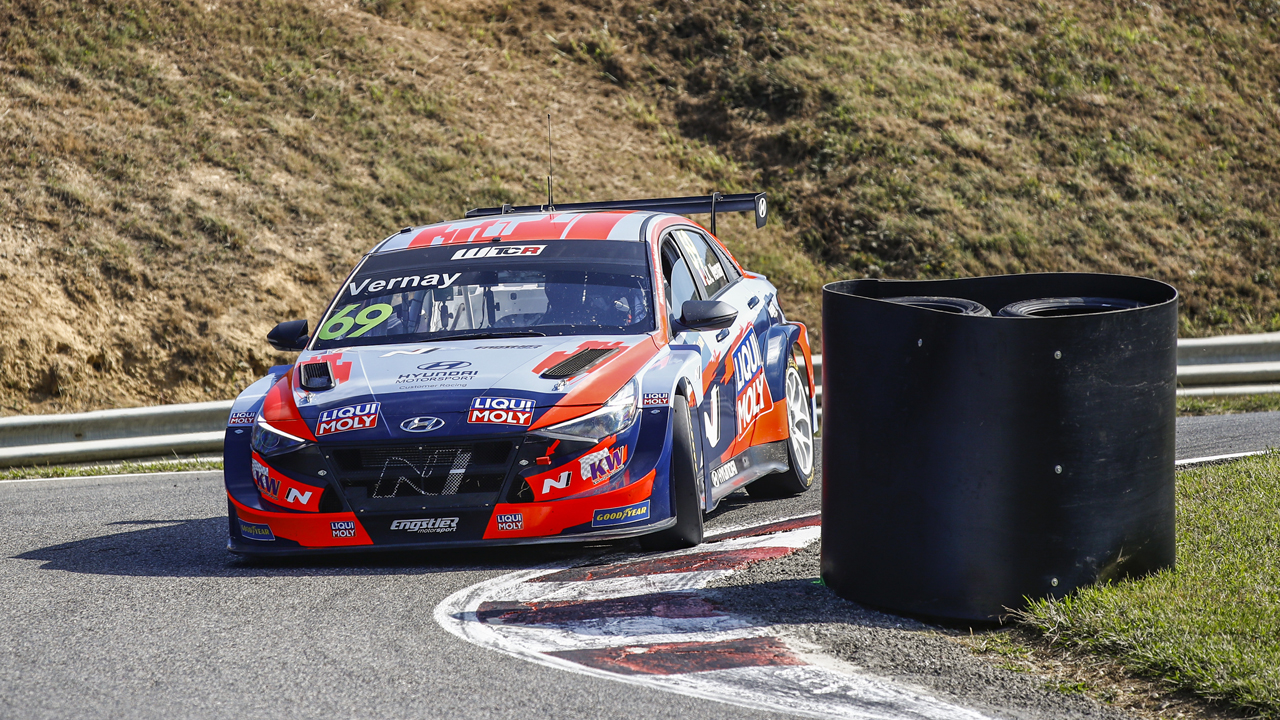 Jean-Karl Vernay took the duel with Yvan Muller to score the victory in the second leg of the WTCR in Pau-Arnos, home appointment for both pilots. With a perfect start, the Hyundai driver has taken the lead of the race, a position that he has not released in the rest of the test. Uruguayan Santiago Urrutia has completed the podium after beating Norbert Michelisz, which has made the Hungarian pilot a target of the touches of his pursuers. Mikel Azcona has not been able to pass from the fourteenth position, a result that takes him even further from the top positions.

Yvan Muller did not have a good start and Jean-Karl Vernay surpassed his compatriot before the first chicane. Norbert Michelisz was third, with Santiago Urrutia fourth and Néstor Girolami in fifth position. The good work of the Argentine in the first curves allowed Esteban Guerrieri to also surpass Yann Ehrlacher, which placed the Frenchman in eighth position as Frédéric Vervisch also accounted for the leader on the first lap. Behind, Mikel Azcona managed to climb to 16th place in the first lap, something commendable given the many touches that were given in the first bars of the race in the rear group.

Despite the frantic start to the race, the change of leader or the great start of the Honda riders, the truth is that much of the action was concentrated in the following laps at the back of the peloton, beyond the continuous attacks of Frédéric Vervisch to win sixth place to a Néstor Girolami. The Argentine, in perfect teamwork, let Esteban Guerrieri pass, stopping the Audi driver and allowing his teammate to further reduce the gap with Yann Ehrlacher in the WTCR overall. In fact, Girolami became Guerrieri’s perfect squire in the following laps.

Nevertheless, Nestor Girolami could no longer resist the attacks of his rivals and when he had not yet reached the halfway point, he succumbed to the pressure of Frédéric Vervisch and Yann Ehrlahcer. With some kind of problem, the Argentine rider was plunged into a spiral of overtaking which brought him down to twelfth place after being overtaken by Gabriele Tarquini, Thed Björk, Nathanaël Berthon and Rob Huff in just two corners. In the lead, Jean-Karl Vernay managed to stretch his lead with Yvan Muller to two seconds, laying the basis for a triumph that puts him squarely in the fight for the title.

The race entered its last third with the positions quite defined, except for the ‘eternal’ fight between Esteban Guerrieri and Frédéric Vervisch, already for fifth place after the ‘march’ of Néstor Girolami. Still, the most interesting fight was just ahead, since Santiago Urrutia pushed Norbert Michelisz in their duel for third place. The Hungarian managed to retain the last position of the podium despite a second contact from the Uruguayan pilot, which allowed Esteban Guerrieri, Frédéric Vervisch and Yann Ehrlacher to join the battle. In fact, this maneuver unleashed the perfect storm.

Read:  CUPRA Tavascan Extreme E Concept: Gala Suit for the Odyssey 21
Index hide
1 Frédéric Vervisch wins the first round of the WTCR in Pau-Arnos
2 Results Race 2 of the WTCR 2021 at the Pau-Arnos Circuit

Oblivious to all fighting, Jean-Karl Vernay ensured the victory ahead of Yvan Muller. Behind, Santiago Urrutia took third place, while Frédéric Vervisch was fourth after beating both Norbert Michelisz. In fact, the Hungarian pilot became the target of Yann Ehrlacher’s touches, in turn pushed by Esteban Guerrieri at the chicane. The maneuver displaced the tires that delimited the curve, extending the race one more lap due to the presence of the Safety Car. In this space, Yann Ehrlacher surpassed Norbert Michelisz, while Mikel Azcona was finally fourteenth.