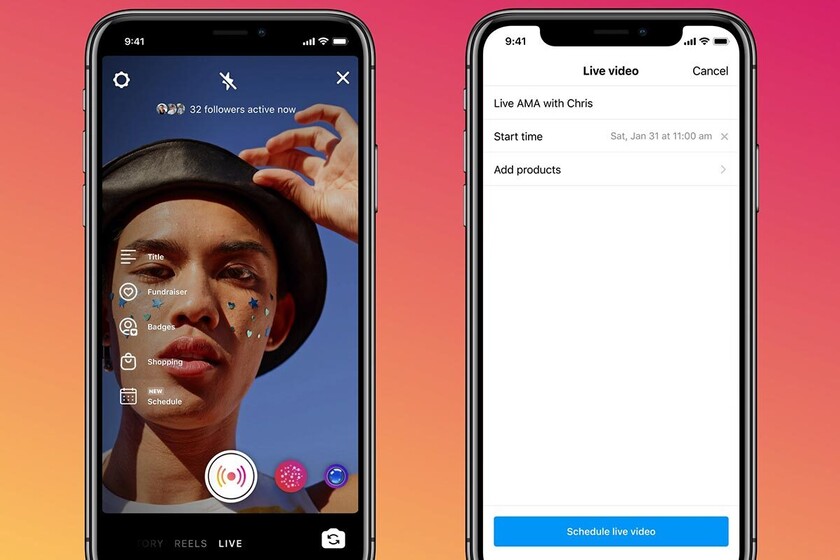 Instagram has announced news for its live video function, in a new attempt to close the gap with alternatives such as YouTube or TikTok: you can schedule a broadcast for later, in addition to adding a practice mode, before starting to broadcast.

The practice mode It will allow creators to make sure everything is in order before they start broadcasting, which is especially useful when guests are joining the broadcast. The schedule will allow followers to receive notifications when the event begins.

This feature already seems to be activating for everyone, accessible from the side panel when opening the Instagram live feature. By clicking on it you can adjust the video title and start time, which can be anywhere from one hour to three months later.

After adding the data, you can share the details as a post using a video or photo of your choice. This post includes the details of when the live video will start, with the ability for your followers to sign up for a reminder.

Another novelty related to live videos, but which is not yet available is the practice mode, by which the guests to a broadcast can join in time to a scheduled event to check that everything is in order, such as lighting, Internet connection and others.

The practice mode can be configured from the section Audience, also available in the sidebar and with which you can choose between public or practice. This option means that no one else will be able to watch the broadcast other than you and no one will be notified of the broadcast until you change the audience to public.