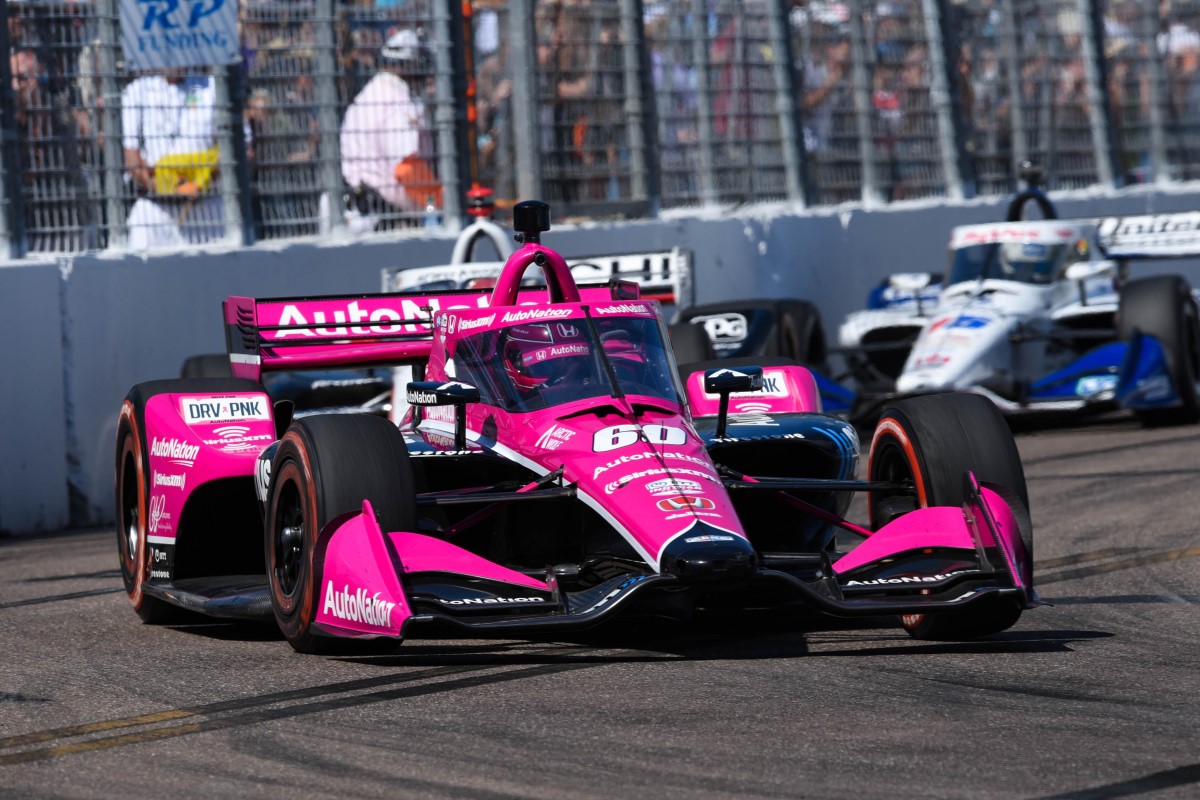 Almost as if time had not passed, and with only two other events in between, the IndyCars have returned this Friday to Long Beach for the dispute of the first free practices, in conditions very different from those found on the final day of the 2021 season. The overcast sky at that time gave way to an almost summer day in California, with 35ºC ambient. Despite this, very fast times were seen during this first contact with the track, although none like Simon Pagenaud’s.

The Meyer Shank Racing driver, who won at this track in his 2016 championship, was at ease from the start and ended up leading the session with a great time. Compared to the 2021 times, the Frenchman’s 1:07.199 was almost a second faster than the best qualifying lap (1:08.177), and two seconds faster than the best time in Free Practice 1 (1:09.268). All this, despite the high temperatures (slippery track), the fact that it is the first session and the exclusive use of hard tires in this session. Not in vain, as many as 13 drivers achieved a time better than the fastest record of 2021.

Although the pilots were not 100% sure of the causes of this increase in speed, even more drastic than those seen in St. Petersburg and Texas, the application of a new sealing on the asphalt between turns 1 and 5, as well as the rubber deposited on the track from turn 8 by the Formula Drift cars last week, seem to be behind it. All this, added to the drop in temperatures expected for the rest of the weekend (highs of 23ºC, morning temperatures of 18ºC), mean that the track record, held by Hélio Castroneves since 2017 with a 1:06.225, is in jeopardy; the fastest time that Friday was just a tenth quicker than Pagenaud’s.

Several interruptions towards the end of the session prevented more drivers from getting close to the Frenchman’s time, the best placed being half a second a Alexander Rossi looking for redemption after two years of poor results, and on a track where he has won twice. The championship leader Scott McLaughlincontinues to give something to talk about with its third position, surpassing the final improvement of Joseph Newgarden and even Marcus Ericson who was the fastest among the Ganassi, full of confidence after his podium in Texas and having led a good part of the free practice.

Read:  Emilia Romagna GP - Alonso: «From a movie; cars are indestructible, except ours»
Also read:

Back on the track that saw him become champion last September, Alex Palou quickly found the times and sensations he was looking for, and his 1:07.911 placed him in seventh place, three tenths behind Rossi, just behind reigning winner Colton Herta and ahead of another two-time winner at Long Beach in Will Power. They completed the top 10 the rookie callum ilottrepeating the track for the first time in his fledgling IndyCar career, and a Kyle Kirkwood who was by far the fastest among the five drivers making their debut on the streets of Long Beach.

The session, which began a quarter of an hour late due to cleaning work after the IMSA shift, had two red flags for accidents involving Jimmie Johnson and Dalton Kellett in the tire barrier of turn 5. In just 45 minutes, there were multiple braking passes and excursions through the loopholes, such as those by McLaughlin, Herta, Scott Dixon, Tatiana Calderón or a discreet Romain Grosjean. The Mexican Duck O’Ward, who could only have been 14th, blew out his left rear tire against a wall, and both Takuma Sato and Rinus VeeKay also had their brushes with the cement. A lot of searching for the limit and a lot of speed ahead of a Saturday that could be a record.

The Last of Us revives the 70s classic ‘Long, Long Time’ by Linda Ronstadt, sensation on Spotify

After goods and long distance, the competition comes to Cercanías