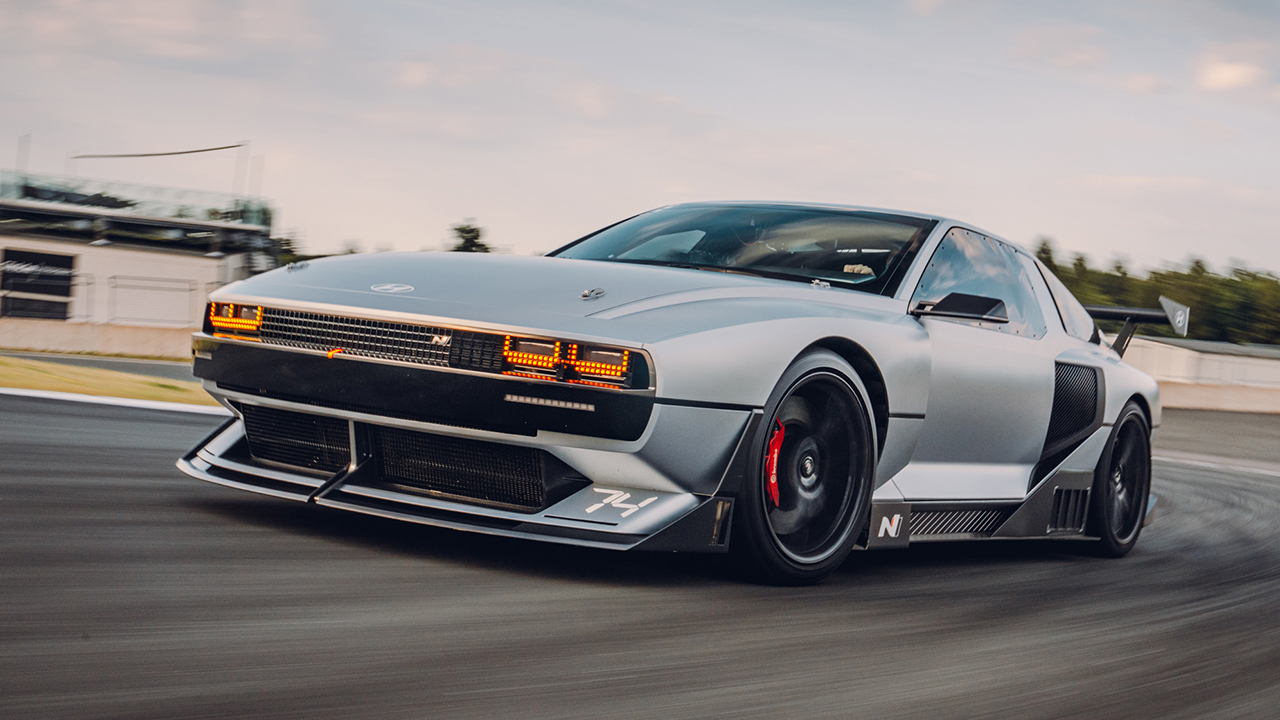 Hyundai has canceled the project to develop a hydrogen fuel cell supercar. A model defined as a “Korean” Honda NSX that will not reach the market. This has been confirmed by the top leader of the Hyundai sports division.

The sports division hyundai It has also started its particular electrification process. hyundai n cannot stay on the sidelines. Although the battery electric car is positioned as a central pillar on which a large part of the range will be based in the near future, hydrogen is also called to play a leading role. Or at least that’s what the first plans for the N range indicated.

In a recent event where the Hyundai N Vision 74 Concept has been the protagonist, some clues have been confirmed about the changes made to the original roadmap in terms of commitment to hydrogen and, specifically, to the fuel cell. And unfortunately we bring bad news. Hyundai has decided to cancel the development of an expected “flagship”.

Albert Biermann, who was the top manager of Hyundai N, has openly stated that the development of a supercar in response to the Honda NSX was canceled: “We were working on an N supercar.” When asked if said model had a name, he limited himself to pointing out that “not really, we used to call it The President’s Car.”

The great architect of the launch of the family of Hyundai N models ensured that this supercar, unlike the Honda model, was not going to be boring to drive. Biermann has also given some details about the main features of the vehicle. He commented that the supercar would have been based on a carbon fiber chassis, with a mid-engine layout.

Read:  MINI advances an electric crossover based on a new design language

Another of the main keys of the project had to do directly with the propulsion system. Although the possibility of equipping a conventional gasoline engine or a hybrid powertrain was considered, the use of a hydrogen fuel cell
was positioned as the perfect option to drive Hyundai N’s transition to sustainable mobility. “We had plans for a gasoline engine with or without hybridization, or a hydrogen fuel cell,” Biermann said.

The main problem is in the price

Hyundai’s board of directors was in charge of making the decision to keep this project in a drawer. Therefore, “The President’s Car” will not go beyond the drawing board, for now. One of the main problems that the model would have faced if it reached the market is the price. Too high a price for a Hyundai.

“The problem was that the car would have cost more than €150,000, and at that time it was thought that a Hyundai could not have that price. But it’s not all bad news. Biermann assures that the cancellation of this supercar has allowed Hyundai N to work on other types of products such as the successful i30 N and i20 N. Some models that have been key in making the sports division reach the masses.