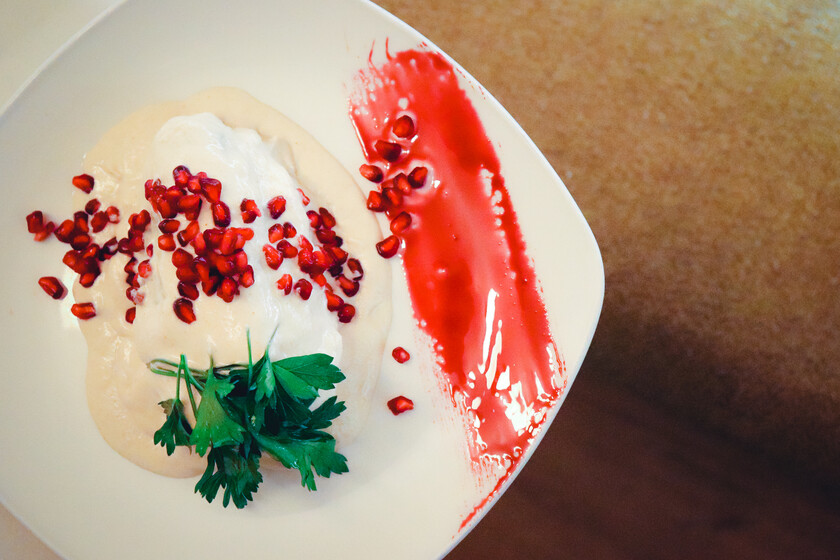 To look at Mexican cuisine is to do it at one of the great culinary cultures of the world that, luckily or unfortunately, has lived for years in a powerful wave of popularity that sometimes perverts its essence when it leaves its country.

It is impossible to deny the deployment that the tacos They have there, nor be obsessed with not understanding that guacamole and tortilla chips sneak into practically any Mexican home, but having such a powerful neighbor to the north has also caused that culinary culture to have been vitiated.

Thus, we come across an ideology in which outside the Mexican borders we only see tacos, quesadillas, enchiladas and all kinds of displays around the omelette (which when they are good, they are magnificent), but this does not always happen.

Even less when the pollution of tex-mex It has been the improper window through which Mexico has gastronomically entered an international ideology, making the world believe that chili con carne, nachos with cheese or burritos are as Mexican as the Grito de Dolores or the Day of the Dead.

Nothing could be further from reality, logically, and that is why we take advantage of this I wish that September gives us (big month where there are for a Mexican) in the celebration of the Grito de Dolores, the starting point of Mexican independence, and which becomes a culinary festival of the first order with a clear flag: chiles en nogada.

Stuffed poblano chili of ground meat, fresh pomegranate and nogada, a creamy cream of milk and nuts, thus become the culinary flag (the color does not deceive) with which the country celebrates its emancipation and that today, in addition to a portion of history We are going to bring you some details about the Mexican restaurant Tepic (Calle Ayala, 14; Madrid) so that you can emulate it at home.

The myth of the recipe that came out of the convent

Chiles en nogada is a dish with an acidic counterpoint to a sauce made from milk and nuts, presided over by a poblano chili stuffed with minced meat. © Tepic Restaurant.

Centennial plate, offering to Agustín de Iturbide, gastronomic contest, military tribute … The rumors surrounding the origin of chiles en nogada have transcended legend, being common to think that it was a dish created exclusively for Iturbide upon his arrival in Puebla after the city surrendered during the War of Independence.

The myth thus maintains that the nuns of the Santa Mónica Convent paid the honored person with this plate that contains the three colors of the trigarante flag (base of the current Mexican flag), wearing the green of parsley or coriander and chili, the white of nogada and the red of fresh pomegranate.

Although the theory, like almost everything that is lost in the mists of time, is watery, it is this version that has been maintained over time. Others simply suggest that stuffed chiles were already consumed before of this event (which sounds plausible) and that they were simply finished that day with the nogada, taking advantage of the walnut season.

Other assumptions, explained here, assure that in addition to being a dish that preceded the appearance of Iturbide in Puebla, they also illustrate that the traditional chile Relleno was a dessert that ended up becoming a main dish and that is now consumed in the great national celebrations of the month of September, baptized as Month of the Fatherland.

What is certain is that it is a laborious, tasty recipe, familiar and very seasonal, This is why chiles en nogada are usually not seen beyond the end of summer, the time when poblano peppers and walnuts are harvested (the name given to the European walnut in Mexico).

The recipe for chiles en nogada

The poblano pepper is medium to large in size, it does not sting and its color is dark green. © Istock.

Despite its brave name, this type of chili (poblanos, the basis of this recipe) they are not spicy, alternating this way with a sweet sauce based on nuts and an equally sweet filling. All served with the fresh counterpoint of the red pomegranate.

“It is a recipe that requires a lot of time, not only in production, but also in completion,” says Javier Quiñones, Tepic’s room manager. “We can spend two days to prepare the recipe complete because there are many different steps, “he says.

Thus we come across a roasted chili that is stuffed with a mince of stewed meat And then it is fried and then napated (weather it, a Mexican would say) and it is finished on the table with the pomegranate. In between, a lot of small steps.

“The sauce is what takes the longest time because they are usually soften the walnuts, in addition to peeling them very well so that they do not become bitter, because they have like a small skin that must be removed, and that is manual work, “he says.

The nogada, in addition to being a Mexican sauce, is also a common sauce in Catalan gastronomy. © Unsplash.

“The cleaned and ginned from the pepper It is also manual and on a day like El Grito we can serve up to eighty plates of chile en nogada and each pepper can take 10 minutes to clean, “he clarifies.

“The sauce in our case is a mixture of heavy cream, almond, cheese and walnuts“, indicates about a lactic preparation that we can fatten at will with more cream or lighten with milk. In any case, the aroma and flavor of the dried fruit must be perceived, in addition to its texture, being an abundant coating.

Prepared in advance, the other time-consuming step is stewing the meat. “It’s a mix of ground beef and pork,” explains Marco, one of the restaurant’s cooks. “It is cooked very slowly with fresh and dried fruits such as peaches and apples, but also with dried apricots, raisins and dried fruits such as pine nuts or walnuts, “adds Javier.” And it is seasoned with cinnamon, salt and pepper“mentions Ligia, another of the cooks, in the background.

The final mixture must be dry, cooked over low heat and have a honeyed texture, as a result of the loss of water from the fruits. almost acompotando the result. With that ready, we can proceed to the battle of the chili.

“It’s used poblano pepper, which is not spicy, and that it has a good size for a portion, “adds Javier.” The ones we serve do not come from Mexico because it would be impossible, but they come from Belgium and Almería and Alicante, “he admits while denying the” canned poblano, which is softer. and it works worse in this recipe. “

Thus it passes the litmus test, literally. “They can be roasted in the oven or directly on the gas burner from the kitchen until they are well cooked, but not dry or dehydrated, “he says.

“When they are well toasted, we peel them with a lace and then wash them with a piece of wet kitchen paper,” says Marco as he shows us how to gin one. “You have to remove the skin well because if you leave her, bitter, and if the stem is burned, it is bitter too, “he insists.

Thus, it is understood that it takes about 10 minutes for this arduous task that in a service like the one on September 15 for which they have the premises practically full, it is necessary to work in advance. “We also work with fresh chili because it breaks less and the seeds have to be remove them because they can sting a bit or be bitter“clarifies Marco.

The final result emulates the Mexican flag with its three colors in a dish that combines sweetness, freshness, acidity and a very slight spice. © José María Yunquera.

Once the chili is prepared, it is time to put it through the fryer, although in the case of Tepic they prefer to do it in a wide casserole and with a certain depth. “The oil and frying is better controlled,” says Marco, where he immerses the peppers at a frying temperature not excessively high so as not to burn the delicate wrapping.

“We went through wheat flour the clean chili and then by egg mounted to the point of snow [primero levantadas las claras y luego se añaden las yemas a poquitos]. It’s done like this and not by beaten egg because the result is fluffier and the sauce is better afterwards, “he explains while dipping the pepper.

Out of the oil, he drains it thoroughly on absorbent paper and proceeds to finish off the plate: the chili at the bottom, is weather generously with the nogada and then the red pomegranate seeds and a sprig of parsley or coriander are added. To taste, at least in this restaurant, it is accompanied by a touch of pomegranate molasses, which also adds an interesting point of acidity to a curious and sweet dish with which to shout ‘Viva México’.

this is the new Samsung Galaxy Z Flip4 – FayerWayer

Gobblers and Dungeons will have its own anime adaptation

The car that Bellerin could lose if he returns to Betis