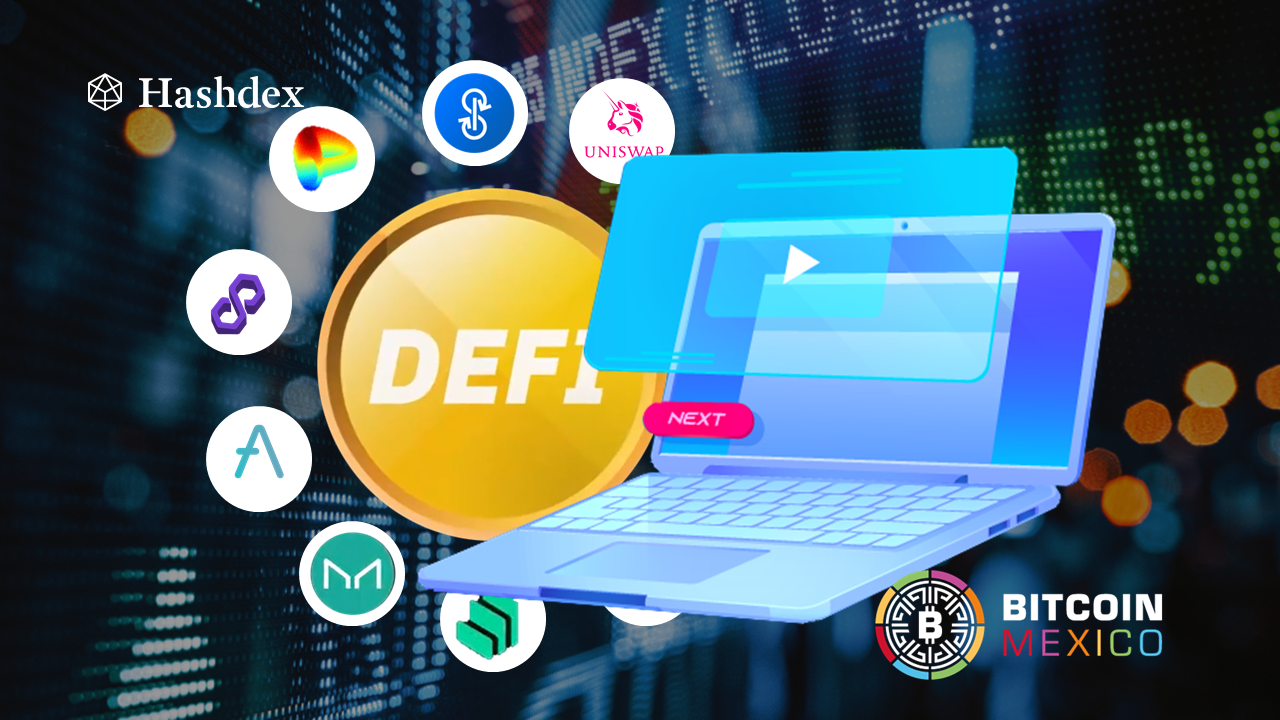 Digital assets and their by-products continue to gain more and more ground, in different parts of the world, being an upward trend that companies and consortiums consider or add this type of digital money to their services.

Following these steps, recently hashdex, the well-known digital asset manager announced that it obtained the consent to launch what the consortium has called the “world’s first DeFi ETF”.

As a basis for its release, The new CF DeFi Index ETF was created in conjunction with cryptocurrency index provider CF Benchmarks, as well as going public under the symbol DEFI11.

Among its features, the new ETF will have the ability to track the value of CF Benchmark’s Modified DeFi Composite Index. Also, this index will have the ability to follow the footsteps of a total of about 12 tokens related to the DeFi market, with Uniswap, AMP, Ethereum and Curve, same that together represent little more than half of the value of the tokens to be tracked.

The other assets that make up the group of 12 tokens are Maker, AAVE, Chainlink, Polygon, Compound, The Graph, Yearn Finance and Synthetix.

Hashdex noted that around 70 percent of its index, is currently made up of DeFi protocols, while 15 percent is within smart contract network tokens while the remaining 15 percent is distributed between “support” protocols and scalability solutions.

Read:  Retail interest in cryptocurrencies dwindles as investors look for the next big price move

For those who are not very related to the term, DeFi is the acronym for Decentralized finance, an experimental way of finance, which have the particularity of not depending on financial intermediaries such as exchange platforms or exchanges, to be able to provide a series of traditional financial instruments, through smart contracts (smart contracts) in block chains such as Ethereum.

DeFi can be used to borrow, lend and redeem digital assets without intermediaries. Such has been the growth of this sector within cryptocurrencies, that only in Ethereum, the most popular blockchain in which DeFi lives, more than $96 billion dollars run through DeFi apps, in addition to the fact that today, the market capitalization of the so-called DeFi Coins is $137 billion dollars, according to information collected by the specialized site CoinGecko.

What is an ETF?

An Exchange-traded fund (ETF) is an exchange-traded fund, which has as its main characteristic, the ability to trade in secondary securities markets, allowing purchasers to make investments in different actions that are equivalent to an asset, such as gold, without the need to acquire or preserve the implicit asset.

Digital asset ETFs provide investors with the ability to gain greater exposure to a specific currency or token, without the requirement to acquire digital assets through an exchange or the need to store them in a digital wallet.

The Brazilian informative portal InfoMoney, pointed out that digital currency ETFs, have a good popularity among the population of Brazil, since They quickly ranked among the most profitable products listed on the South American country’s stock exchange in 2021.

Likewise, the ETF launched by Hashdex, has quickly managed to place itself in the second position of the most popular ETFs in Brazil, managing to place itself above BOVA11, and behind IVVB11.

Although the ETF, DEFI11, will be released on the market next February, the reservation period in which it will be possible to have the first shares will begin on January 19, according to Hashdex through its official account. from Twitter.

64.6% of energy used in crypto mining comes from sustainable energies