Gucci is inspired by Stanley Kubrick and launches a new collection 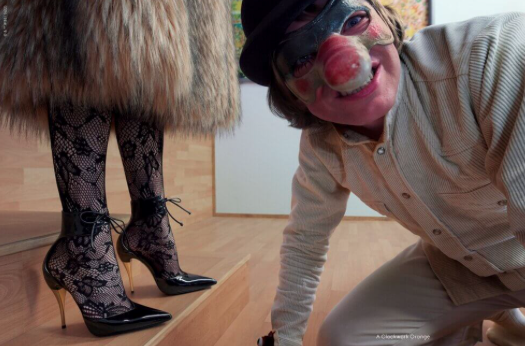 Currently, many brands are making collaborations, they are various industries with the sole objective of promoting their products and services to new consumers.. This is the case of the luxury brand Gucci, which recently launched its new collection inspired by the most famous films by Stanley Kubrick.

In the marketing industry, this type of collaboration is known as co-brandingwhich consists of the temporary collaboration of two or more brands in order to market a common product. It has been shown that this type of strategy improves sales figures, as well as the reach and perception of its target group.

Given these data, since the beginning of 2020, consumers were forced to rethink the way you interact with brands and shopso the collaborations since that year have become the most sought after.

According to Caryn Pang, associate professor at Parsons School of Designthe collaboration offered “An opportunity for brands to give their employees new energy.”

Gucci and its new collection inspired by Stanley Kubrick

The Italian luxury fashion firm Gucci, surprises everyone again by launching its new collection inspired by the most famous films by Stanley Kubrick. Scenes from films such as ‘The Shining, 2001: A Space Odyssey’, ‘A Clockwork Orange’ and ‘Barry Lyndon’ are reproduced in the collection.

The fashion brand’s collection was presented by its creative director, Alessandro Michele, and is titled Exquisite, which is a tribute to cinema and one of its most extraordinary teachers, director Stanley Kubrick.

In a statement, Michele says that the world of cinema has always fascinated him thanks to its ability to tell stories, so in this new release he was inspired by it.

“When I think of a dress, I never imagine it separate from the history and life of the wearer. A dress, for me, is never just a piece of cloth, but the instrument through which we are able to narrate what we decide to be, to express our desires and the ultimate meaning of our being”, he indicates.

“For this reason, I have always believed in my collections as films capable of capturing a cinematography of the present: a score of stories, eclectic and dissonant, capable of sacralizing the human and its metamorphic capacity,” he adds.

In that sense, the firm, which in 2021 was valued at approximately 18.1 billion US dollars, detailed that the fall/winter 2022 collection features a short film and a series of images that reimagine scenes from Stanley Kubrick’s work. .

Also, the collection, made in collaboration with Adidas, has been photographed by the duo Mert and Marcus in an ode to the powers “eclectic and dissonant” of movies and clothes.

“What [Stanley Kubrick] he was a vision teller, his works are as recognizable as the Sistine Chapel, The Virgin of the Rocks or The Simpsons,” said Michele.

“Manipulating your images, within a totally new semantic framework, is like hacking La Gioconda. Also, inspiration and empathy [son] only possible through the fictional cinematographic machine”, he indicates.

Gucci is not the only brand that has made collaborations in recent months, since Adidas has stood out with various launches, such as its sneakers created by Yichi Takahashi, where he unites his style with the characters of the popular anime ‘The Super Champions’.

Another clear example of collaborations are Converse and Pokémon, which also launched a clothing line where the sports brand was inspired by the characters of the popular animated series.

In that sense, all these collaborations have redefined the potential of alliances between brands, so it is very likely that this year we will see many exchanges.

The most read articles of the week: between “La Mars” and Gucci

Novelties in the pet market: this costs a Gucci strap and bowl