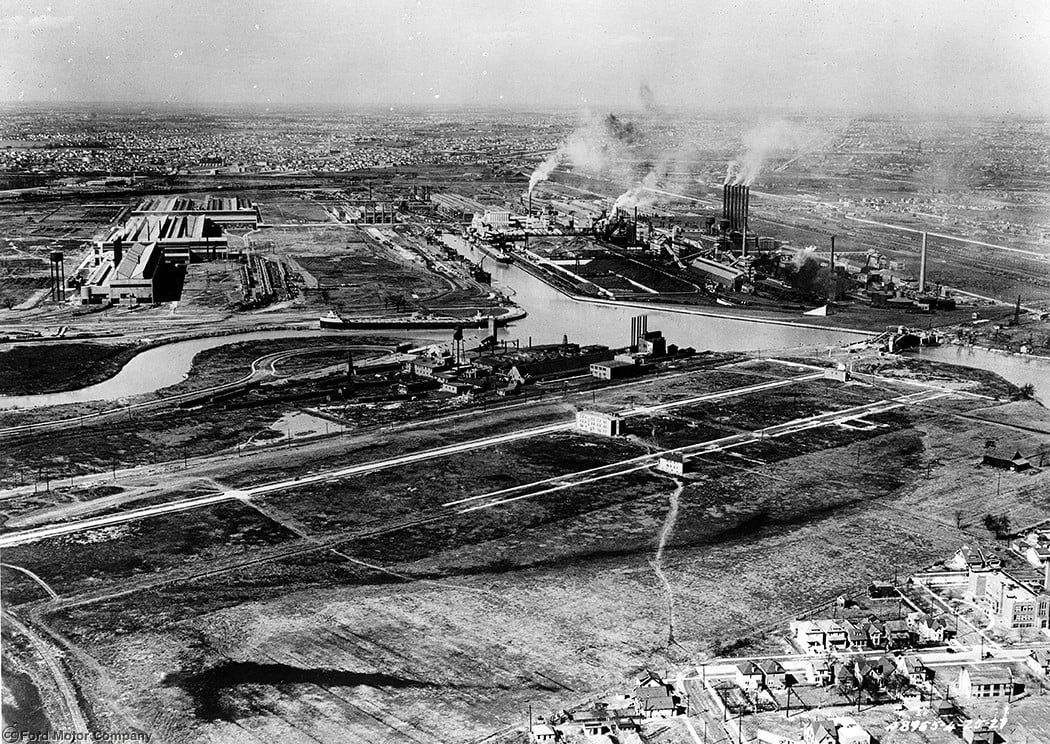 In the beginning, automakers used suppliers to buy parts they needed for assembly. In a second phase, an attempt was made to bring together all possible components under direct control, but it ended up going back to suppliers. That has been called into question.

The example of Ford Motor Company is paradigmatic. When the company was founded, in 1903, Henry Ford needed parts to build his cars, but he did not have the means to build them all, so he ordered everything he needed from different companies. One of those companies was Dodge Brothers.

For years, Ford relied on the Dodge brothers – who were themselves shareholders – to build their cars, and Ford’s success made John and Horace rich. Later, Henry took back control of his company and the Dodges were able to dedicate themselves exclusively to making their cars.

In the 1920s, Ford managed to bring together everything necessary to mass-produce automobiles. raw materials entered his complex in River Rouge and his cars left, practically everything was manufactured in the same complex, it even had its power plant. It was an example of almost absolute vertical integration. Some competitors ended up doing the same, but we have not reached the present like this.

Other ideas were prevailing, such as that of the Japanese manufacturers, mainly Toyota. The different pieces were commissioned from suppliers with this philosophy: every time a piece is consumed or used, another is ordered, trying to minimize inventory and maintain a smooth flow of parts.

That’s where the famous system came from just in time either “just in time”, whereby storage costs were reduced to a minimum and it was trusted that the supplier would fulfill its commitments. Even Porsche itself had to learn that philosophy and tighten the nuts of its suppliers to the fullest. It was also tried to reduce any waste, the “lean manufacturing”inheritance also from Japan.

Before “Brexit” we saw some interruptions of pieces caused by natural disasters, such as the tsunami and earthquake of March 2011 in Japan

But since the COVID crisis that has been called into question, and as a dress rehearsal we can cite «Brexit». The disruption to the logistics chain caused by customs jams meant that the supply of parts was intermittent, requiring manufacturers in the UK to stock more, or resort to more expensive means of transport, such as by plane. All of this increased costs..

Read:  Norisring will finally close the calendar for the 2021 DTM season

Several things have happened since the pandemic, from the confinement of entire populations and the complete industrial interruption of everything that was not essential, to partial interruptions due to outbreaks of the pathogen, border closures, bottlenecks in the logistics chain… and later interruptions everywhere from the same raw materials. In addition, these have become more expensive.

This has led to the stoppage of the assembly factories, which ends up being very expensive for the manufacturers, reaching the conclusion that outsourcing certain parts was not the best of ideasalthough it sounded attractive for everything that had little added value or that they were not able to do well, quickly and cheaply (eg tires).

Batteries, microchips or complex electrical powertrains -they are not just moving parts- are on the list of things that manufacturers do not always do at home, and that they have reconsidered controlling more. You can take a corporate stake in suppliers, or absorb them, or tie them up more short.

The Hamtramck manufacturing complex started with Dodge and ended with General Motors. It even had its own test track.

Although we will hardly return to the levels of vertical integration of the past, from raw materials to finished vehicles, yes let’s see how the manufacturers take control of everything they can. Of course, in terms of batteries and components for electric vehicles, we see many integration efforts or short alliances with suppliers.

In addition, greater geographical proximity between suppliers and factories is being sought, in order to reduce the problems associated with transport as much as possible, not only because freight has become more expensive, but also due to times, to reduce the carbon footprint, or simply to have the most controlled situation in general.

And which system is the best? Good question. We could say that it implies more speed, lower costs, more reliability and the same quality. Total vertical integration is not always the best, in the same way that outsourcing the entire production process is not, only small manufacturers resort to that, and little added value is provided in this way.