from champion in Pumas to “promoter” of Bodega Aurrerá 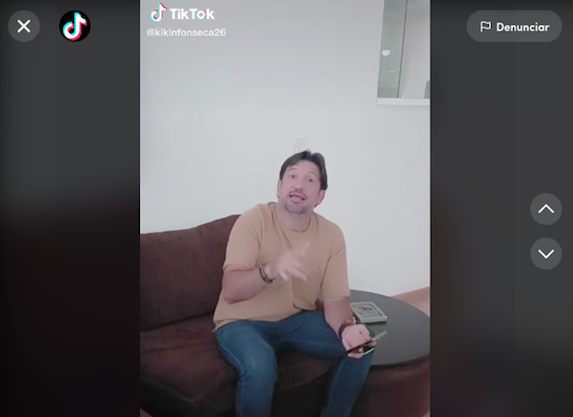 The Mexican soccer player “Kikín” Fonseca, from being one of the last champions with the Pumas team, has now become a kind of promoter of Bodega Aurrerá for the next World Cup.

We live at a time when, for consumers in various countries, it is especially important to carry out a better, much more careful selection of the products they consume, especially in times when people’s economy has been severely affected as a result of the global health emergency and the inflation derived, among other factors, from the current conflict between Russia and Ukraine.

In Mexico, to mention an example, According to figures from the National Institute of Geography and Statistics (Inegi), the price escalation has begun to slow down since Octoberstanding at 8.41 percent, a drop from the 8.7 percent reported in September.

Secondly, the National Consumer Price Index (INPC) was below the 8.46 percent annual estimated by the market. It should be noted that the fall in the prices of LP gas, potatoes, onions and avocados has been essential to stop the rise in prices, according to data reported by the Inegi.

And it is that, in short, today more than ever the consumer is looking to pay the right price for quality products. From this perspective, there is currently a wide range of self-service stores where people satisfy their most vital consumption needs.

The “Mamá Lucha” store, Bodega Aurrerá, is one of the most popular self-service stores today, one of the establishments in which, for one reason or another, consumers deposit their preference.

According to Walmex data, Bodega Aurrerá, belonging to Walmart México y Centroamérica, was the retail brand with the highest value in Mexico according to a ranking published in 2020, the year in which it led the list of Walmart establishments with a total of 2,088 branches.

“Kikín” Fonseca: from champion in Pumas to “promoter” of Bodega Aurrerá

We are in a context in which the Soccer World Cup monopolizes a large part of the digital conversations, these being, today, important for the various strategies of the brands in order to consolidate themselves in the mind of the consumer.

Bodega Aurrerá, along with other brands, knows this and, for this reason, has decided to turn to one of the most recognized personalities in Mexican soccer, the former champion of the Liga MX with the Pumas from the National Autonomous University of Mexico (UNAM), and now an analyst at the Televisa Sports bar.

Looking ahead to the next World Cup in Qatar, the “Mamá Lucha” store “signed” Kikin Fonseca as a kind of promoter:

In the end, the brands have their own strategies to consolidate themselves in the audiences and one of the most used resources is to unite with media personalities recognized by society.

The idea, of course, is to reach the largest number of consumers, which is why, in addition, this type of strategy is usually carried out with influencersathletes, television personalities, among others.