Ford E-Transit Custom, the leader of electric vans is renewed 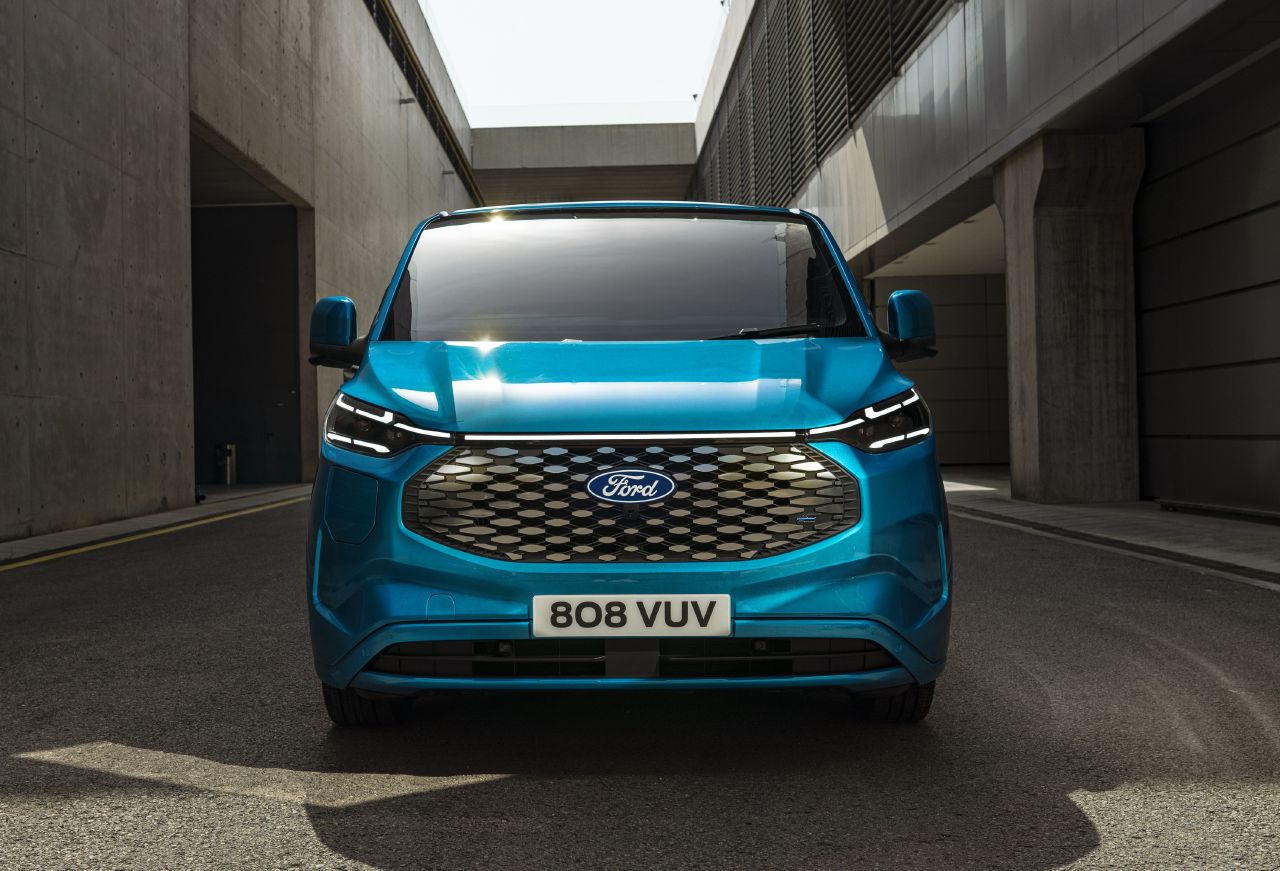 The new Ford E-Transit Custom arrives, the heir to the best-selling blue oval brand electric van in Europe. A new design, more interior space, more technology and a wide autonomy are the qualities of this new commercial model that will be manufactured in Turkey.

The Ford Transit is one of the best-selling commercial models in Europe, one of the leaders in this market that is now launching a new generation of its electric variant. Debut the new Ford E-Transit Customloaded with important innovations to continue being a true commercial success when it is launched on the market in early 2024.

The new one electric van Ford presents a new more avant-garde design. Its headlights have been made slimmer, with a new arrangement of daytime running lights with a thin light strip that extends to the opposite headlight, above a new grille with octagon shape which presents a closed panel reproducing the usual honeycomb pattern. In the right corner of the bumper is the new battery charging port. Behind, the pilots have also been redesigned and are more striking.

The Ford E-Transit Custom loads more and is more technological

The new Ford E-Transit Custom has a more advanced interior, powerfully calling attention to a completely flat passenger compartment floor, and without the intrusion of the transmission tunnel, so space abounds thanks to an entirely new platform. The dashboard also takes an important step forward, with a large digital screen both for the instrument panel and for the “SYNC 4” multimedia system, which has wireless updates OTA, and relocating the gear lever to the steering column.

The firm will offer different configurations, with the possibility of opting for the classic van, Kombi for the transport of passengers and also with a configuration of double cab and chassis, both in short and long wheelbase versions and low or high roof. The new Ford E-Transit Custom will have a cargo volume from 5.8 to 9.0 cubic metersa maximum payload of 1,100 kilos and a capacity of rtrailer up to 2 tons.

No camouflage! The new Ford Transit Custom 2023 is fully exposed

The new electric van will be offered in two versions, an electric motor with maximum powers of 135 and 160 kW, equivalent to 135 and 217 hpboth with a maximum torque of 415 Nm and associated with a lithium-ion battery with a net usable capacity of 74 kWh, offering a range of up to 380 kilometers. A device that supports fast charging of up to 125 kW of power, managing to recover from 15 to 80% in 41 minutes.

The firm has thrown the house out the window with the new generation of the Ford E-Transit Custom, without giving up the most advanced driving assistants such as the 360º camera or advanced cruise control with speed limiter or the assistant intelligent speed, among others.

But the new electric van also stands out in the range for brand new two new equipment: the first is a new steam injection heat pump that air-conditions the cabin without losing battery autonomy, and of which the brand has not given more details for now.

The second is the new braking system that goes along with the single-pedal driving inherited from the Mustang Mach-E. Very comfortable in the city but a problem on the road thanks to the different configurable deceleration modes. Softer or more pronounced, this friction brake system it is prepared to be used long enough to prevent rust on the discs.