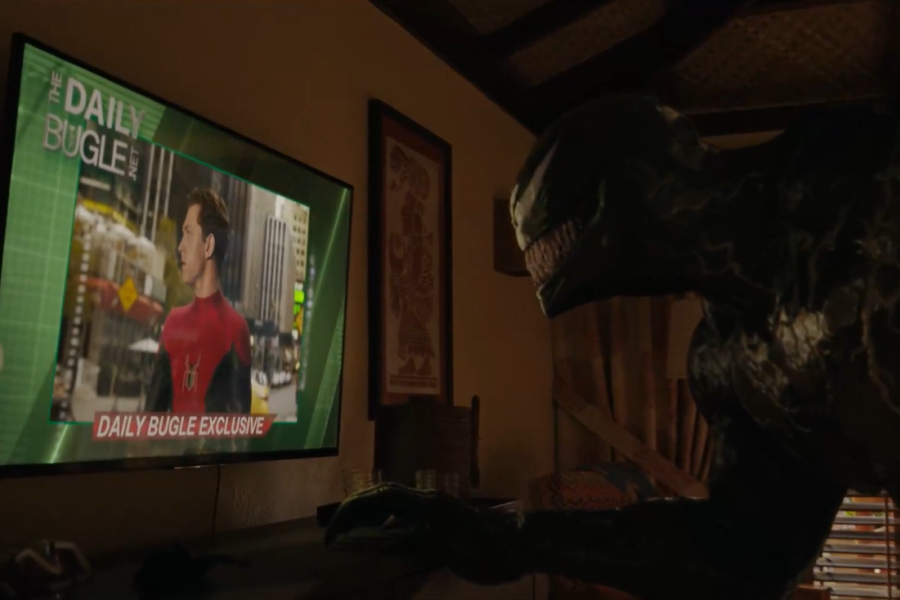 A big surprise in Spider-Man: No Way Home was Tom Hardy’s guest appearance as Eddie Brock in one of the post-credit scenes, although there was one detail that caught many fans’ attention, as the Venom apparently knew the identity of. Spider-Man, even though the two have yet to meet.

Don’t Miss: How Many Post Credits Scenes Does Spider-Man: No Way Home Have?

In an interview with Variety, Spider-Man: No Way Home writer Chris McKenna explained why Venom is the only character in Sony’s newly built Spider-Man Universe who knew Peter Parker was the friendly neighbor.

“The idea is that the symbiote has knowledge of other universes. Buried in your brain is some knowledge of that connection”.

This knowledge is even mentioned by Venom to Eddie Brock in the post-credits scene, before a flash sent them both to Earth 616.

That is why Eddie Brock tries to understand the events that happened between Avengers: Infinity War and Spider-Man: No Way Home, since while the symbiote has great knowledge of the Multiverse, Brock barely understands what happened to both and why they are in another universe.

Read:  What did the Y: The Last Man series change in relation to the comics?

Venom could appear in the final battle of Spider-Man: No Way Home

Even Chris McKenna revealed that in the original plans Venom was contemplated in the final battle at the Statue of Liberty, but this idea was discarded, since according to the screenwriter the important thing about the story was to have the focus of Peter Parker ( Tom Holland)

“Most importantly, this wasn’t just going to be a bunch of fan service. They weren’t just going to be curtain calls for everyone. We had to find a way that this [película] will tell the story of this Peter Parker at this point, coming organically from where we left the last movie. That was always our pole star”.

You can also read: Venom 3 would be a multiverse movie with Spider-Man as the protagonist