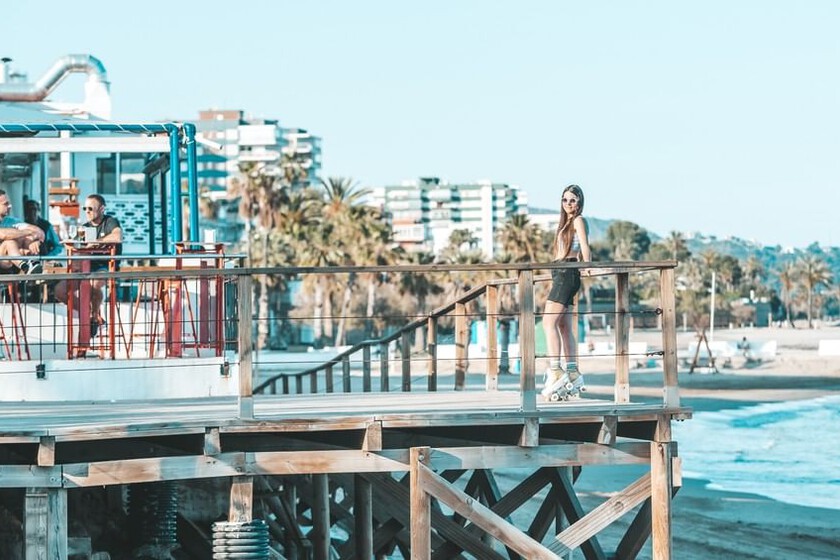 Although, in recent years, Primavera Sound, Mad Cool or BBK Live Bilbao have gained ground in popularity, the Benicasim International Festival will always be, in one way or another, the most mythical in our country. It has been celebrated in this town in the Province of Castellón since 1995 and is characterized by its musical eclecticism. Its enclosure, with a camping area, is on the outskirts of the city and next to the N-340 road (about a 20-minute walk). However, the concerts don’t start until the afternoon, so attendees have the whole morning to enjoy everything a Mediterranean coastal town has to offer.

The FIB receives this year artists such as The Kooks, Two Door Cinema Club, Carolina Durante or Zahara from July 14 to 17. If you already have your pass, the transport to get there, the place where you are going to sleep (either in the official campsite or in external accommodation) and you have booked in the restaurants of our guide to eat in Benicàssim, all you have to do is discover what you can do in this town that in summer is filled with tourists who want sun and beach.

Although it offers much more than its well-known and coveted beaches. The place has an important historical legacy that goes back centuries. Its varied architecture has examples of defensive constructions from the time of the corsairs, back in the 16th century, and buildings in the finest French style from the years of maximum splendor of modernism in the 19th century. All this washed down with the classic jovial atmosphere of the Mediterranean and a touch of a fishing village of yesteryear always looking out to sea.

Awarded with the Blue Flag, the also called Playa del Torreón, gets its name from the old San Vicente Watchtower, built as a strategic point for the defense of the area and located on the beach itself. with his fine sand and golden sandand both identifies Benicasim, it consists of 650 meters in length. Its waters are crystal clear and it is located in the heart of Benicàssim, so it is crowded in summer.

Attached to the FIB campsite are the more than 3,000 hectares of virgin nature del Desierto de las Palmas, named after the abundance of palm hearts in the area and protected by law as a place of high ecological value for more than 20 years. Its viewpoints with the best panoramic views of the surroundings, its lush vegetation, monasteries, hermitages, caves, caves, fountains and springs are a must. It offers many options to discover it, such as horseback riding, cycling and cultural trails.

On one of the highest peaks in the Parque Natural del Desierto de las Palmas is the old Castle of Montorneswhose origin dates back to X century, when it was part of an old Arab defensive team. Today there are hardly any ruins left but legend has it that it was even occupied after a pitched battle for the Cid Champion.

The road that connects Oropesa del Mar and Benicassim comprises a 5.7 km route built on the old road railway, bordering the coast. It can be done both on foot and by bicycle. From there you can see beautiful landscapes such as Mount Bovalar, the coves of La Renegà or Bellver or the watchtowers of La Cordà and La Colomera.

In the Mediterranean there are still uncrowded places that are oases of tranquility and virgin nature. No, you are not dreaming. It’s about some islands off the coast of Benicàssim and known as the Columbretes. an archipelago uninhabited of volcanic origin Y protected, both at sea and on land. And it is that it is the natural habitat of several species of lizards and birds in danger of extinction, such as the Corsican seagull. In a single day you can visit this island reserve and swim in the pure waters that surround it. A more exotic alternative to the Mediterranean summer resort that you knew until now.

Route of the Villas

Between the end of the 19th century and the beginning of the 20th, a select group of businessmen from Castellón and Valencia chose Benicàssim as their holiday destination, converting the then virgin bay into what was known as “Valencian Biarritz” for the construction of numerous villas of great beauty and architectural richness in the modernist style. The towns are divided into two zones: the “Hell” zone, which owes its name to the scandalous parties celebrated by its neighbors, and the “Celestial Court”, which was distinguished by the calm of its streets. Both areas are separated by the gardens of Comín, popularly known as “El Limbo”.

Note: some of the links in this article are affiliates and can bring a benefit to Trendencias.

Seven sports garments with which to solve your summer looks

We would love to drive this Dior car, but at the moment it is only available on Playstation in the game Gran Turismo 7

The most comfortable flat sandals that you will wear in summer are from Sotoalto, you can find them in different colors and with discounts...

From skinny to extra loose, these are the jeans that fit in everyone’s wardrobe and cost less than 15 euros in the latest Green...