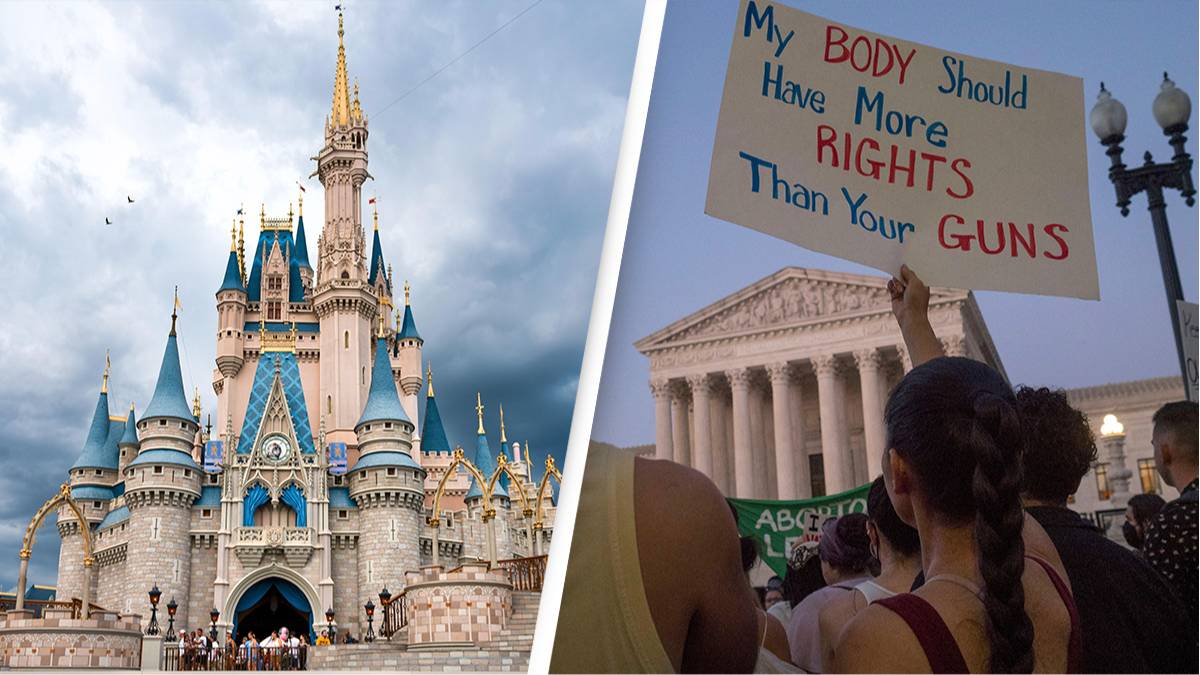 Following yesterday’s decision by the US Supreme Court to overturn Roe v. Wade, which guaranteed the american women the right to abortionThousands of protests were held in cities and towns across the United States.

Following the ruling, it is expected that up to 26 US states. further restrict or ban abortionswhich will make it harder for employees to terminate pregnancies unless they travel to states where the procedure is allowed.

In a move to show support for women and their right to choose, companies like Disney, Netflix, JP Morgan, Meta, Conde Nast and Yelp They have come out to say that they will cover the expenses of the personnel forced to travel outside the country state for an abortion.

Index hide
1 Committed to providing comprehensive access to quality, affordable care for all
1.1 “We recognize the impact of the ruling and remain committed to providing comprehensive access to affordable, quality care for all of our employees, cast members and their families, including family planning and reproductive care, no matter where they live,” Disney said.
1.2 Companies that have agreed to pay the costs of abortion of workers

Committed to providing comprehensive access to quality, affordable care for all

According to him Daily Mail Disney said yesterday in an internal memo to staff that would cover the cost of employees who need to travel elsewhere to access careincluding abortions, in light of the Supreme Court decision.

Disney told employees on Friday that recognizes the impact of the decision on abortionbut remains committed to providing comprehensive access to quality health care, including abortions, according to a Disney spokesperson.

“We recognize the impact of the ruling and remain committed to providing comprehensive access to affordable, quality care for all of our employees, cast members and their families, including family planning and reproductive care, no matter where they live,” Disney said.

JPMorgan Chase & Co.the largest bank in the United States, also joined the growing list of major companies that will cover the expenses of your employees in the US who need to travel to have a legal abortion, and the co-founder and CEO of Yelp, Jeremy Stoppelmansaid the ruling ‘jeopardizes women’s health, denies them their human rights and threatens to dismantle the progress we’ve made towards gender equality in the workplace since Roe’.

However, their support for women’s rights to choose has a cost, experts warn, since companies that offer reimbursement for abortion-related travel are potentially vulnerable to lawsuits by pro-life groups and Republican-led states, and even potential criminal penalties.

Read:  This is the real woman who is inspired by the Netflix series 'Emily in Paris'

Lawyers and other experts said employers could face claims that their policies violate state laws that prohibit, facilitate or aid and abet abortions.