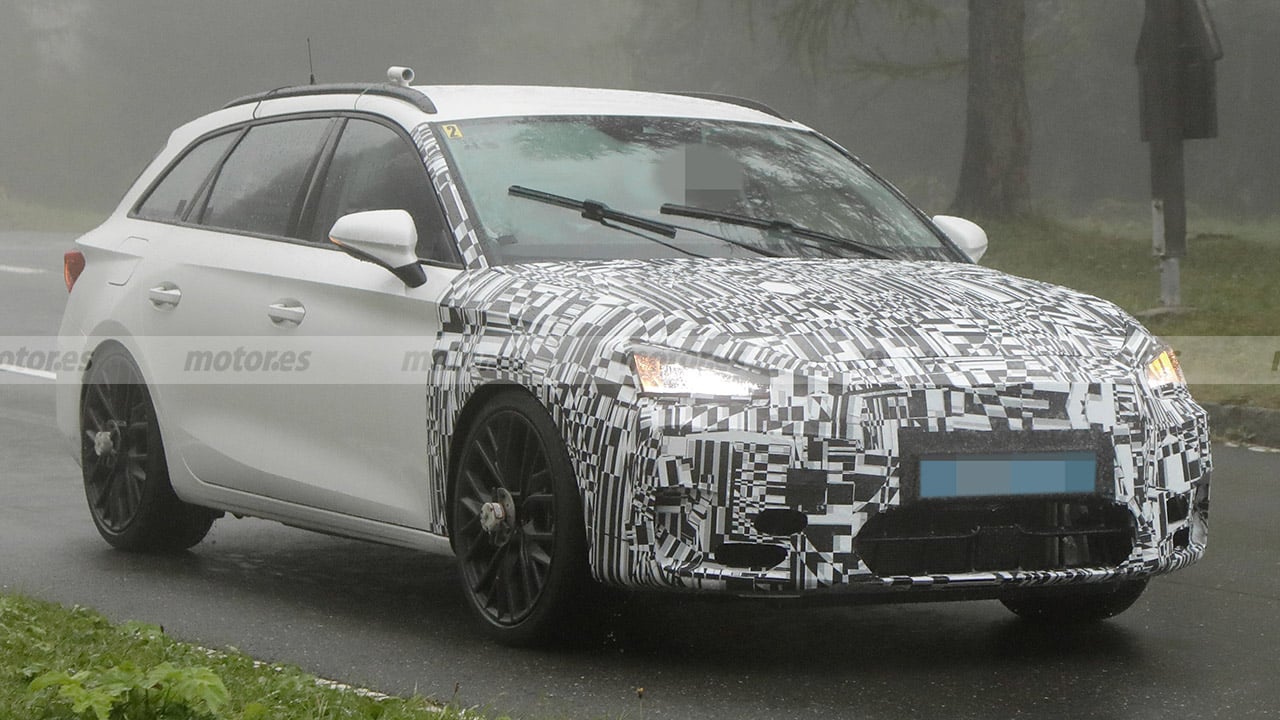 CUPRA will renew its popular compact. The new CUPRA León 2024 has been photographed in full testing session. The development process is underway. The León range will undergo a facelift as a mid-cycle update so that this generation can face the rest of its commercial life.

The time has come for the CUPRA Leon be updated. The popular sports compact has become one of the central pillars on which a large part of the CUPRA range is based. An icon of the Spanish automotive industry that is closely related to the SEAT Leon. The CUPRA model burst onto the scene more than two years ago. Therefore, an update is necessary.

The Spanish manufacturer has launched all its machinery with the aim of developing a facelift. A mid-cycle update that will allow the current generation of the León, the first, to be able to face the rest of the commercial life that lies ahead. The development has begun and proof of it are these first spy photos of the new CUPRA León 2024.

Our spy photographers have not caught the new Leon driving alone on European roads. It was integrated into a group of test vehicles of CUPRA in which, by the way, was also the new CUPRA Born 2024 of which we have published some important spy photos. These snapshots feature SEAT’s signature camouflage in a facelifted amount.

The camouflage is concentrated on the front. And it is logical, since it will be in the front where the most important changes in terms of design take place. Optical groups, grille and bumpers, all these components will undergo modifications. At the rear, although only the CUPRA badge has been covered, this does not mean that it will be free of novelties. We cannot rule out a new light signature for the rear lights that, predictably, will keep their shape.

Read:  Marc Márquez returns like a phoenix to achieve pole position at the MotoGP Japanese GP

It is also worth mentioning the fact that the model has been photographed in its family body variant, the CUPRA León Sportstourer. The model Hatchback (5 doors) will also have continuity in the range. We should not be surprised if in the next few days it is similarly surprised in the middle of the test session.

The electrified engines of the new CUPRA León 2024

Regarding the mechanical section, we should not expect great surprises. The model that we can find in dealerships continues to release new features. A 150 hp engine with mild hybridization (MHEV) has recently been added to the León range. The revamped compact will maintain its commitment to electrification, with the plug-in hybrid versions (PHEV) the greenest options.

When will it be revealed? Just a few months ago, CUPRA offered an important preview of the new León. At that time the brand confirmed that this, and other models in its range, must be renewed for 2025. Taking into account that it is a facelift and that the first sighting has just taken place, we should not rule out an entry on stage for late 2023 or early 2024.

The COP15 summit begins, the last chance to save nature

#podcast | If Alito gives in on electoral reform, there will be no alliance in 2024: Creel