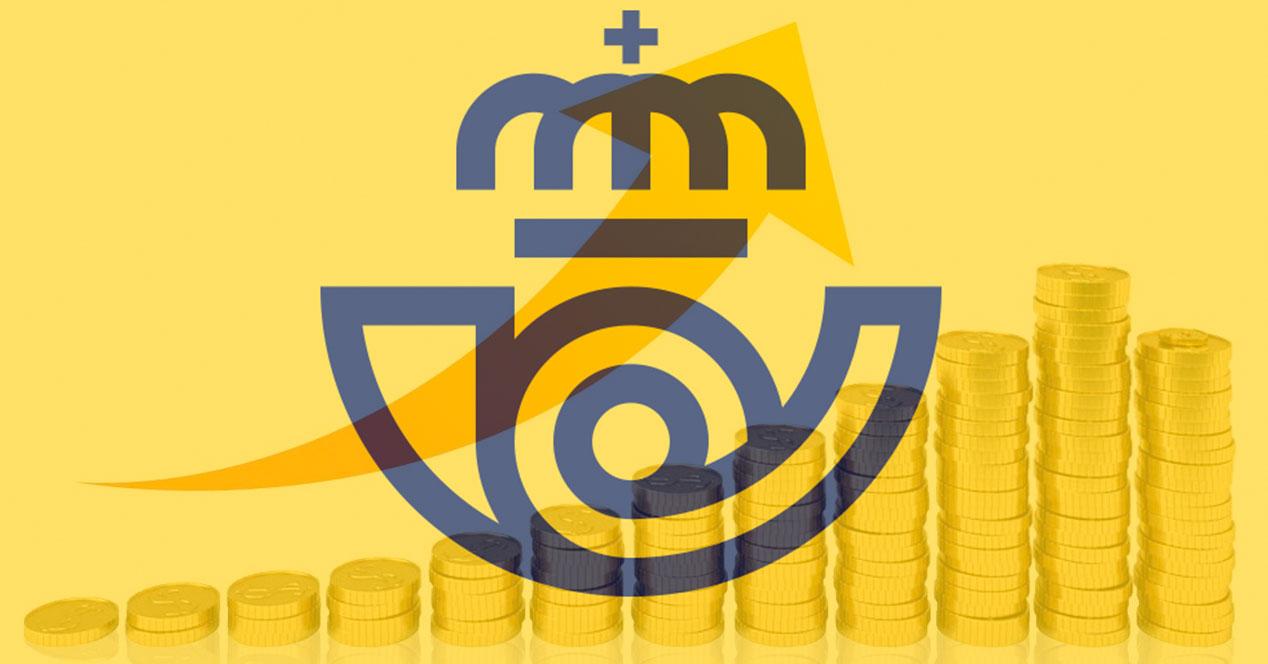 By 2022 Correos has only publicly communicated that the stamps of ordinary national letters increase their price by 7.1%, but its catalog of rates to which the newspaper El País has had access, has brought to light superior price increases in most of its products, being more notable in parcels, international correspondence and official services such as certificates, for which we will have to pay between 10% and 20% more. Although Correos is considered one of the best parcel companies in Spain, its price increases leave data as surprising as that since 2015 the price of stamps for ordinary letters has increased by 79%.

Correos raises its prices up to almost 20%

The price increase is much higher in the case of postage abroad where international letters and cards (ordinary and standardized up to 20 grams) with European destinations, including Greenland, up 10%. On the other hand, letters destined for the United States, Canada, Japan, Australia and New Zealand experience the biggest climb reaching an increase in its price by 10.5%. Finally, for the rest of the destinations the increase is 9.3%.

But most affected product As for the price increase by the Post Office, it is parcel. One of the most popular services, the blue package, which includes notice of receipt, refund and return in case of non-delivery for domestic shipments, rises 18.5% reaching a cost of 15 euros shipments of up to 1 kilogram. The rise is slightly less in the case of packages of 15 to 20 kilograms in which the percentage of price increase is 16.2%, so we are talking about a cost per shipment of a package of up to 44, 35 euros. On the other hand, ordinary non-urgent parcels did not register such sharp increases, remaining at 5% for intra-peninsular shipments and to the islands.

Correos argues that they are below average

“Spain will continue to appear in 2022 among the European Union countries with the cheapest postal rates, with a difference with respect to the average European rate in 2021 (0.86 euros) of 11 euro cents per shipment, and below Germany (0.80 euros), the United Kingdom (1.00 euros), and France ( 1.08 euros) ”, indicated the state company”.

Read:  This SSD will put your computer at 3600 MB per second, and now it is much cheaper at Amazon | Technology

A justification that only refers to ordinary national letters and not to other products such as parcels, which is the main source of income for Correos. If we add to this that the company receives a public benefit by providing a universal postal service that includes letters and packages of up to 20 kilograms, the justification by Correos loses weight.

Despite this price increase that has come with the new year 2022, the company released a promotional video at the beginning of the Christmas period in which, with a humorous tone, it wishes everyone a Merry Christmas.

The CNMC is very critical of Correos

Jokes aside, the National Markets and Competition Commission (CNMC) is critical of the price policy of Correos and this was demonstrated in its last report dated January 2021 in which it warned of the “distortion in the rate policy applied by the public company depending on the type of client, whether individuals or companies ”.

The CNMC points out that “there are indications that Correos Fails to comply with one of the obligations established by the regulations when setting their rates: to orient their prices to the real costs of providing the service, indicated the report, which recalled that this policy of discounts to large customers has been questioned in successive resolutions of the body since 2014 “.

In addition, the CNMC highlights that “the blue package domestic up to 20 kg and package to Europe (economic export package) does not present affordable prices for customers compared to the average prices paid for these services in the European Union ”. And he also highlighted that “the notable increase in the price of the ordinary letter bound for Europe since 2015, which is currently at the average European price level, suggests continuing a close surveillance in the coming years.”

The reality is that, according to the latest data from the CNMC Household Panel for the second quarter of 2020, 2 out of 3 Spaniards choose Correos to make your parcel shipments followed by MRW or Seur among others, so this price increase is decisive, since they are the most chosen option by users.

BMW 3 Series 2023, aesthetic renewal along with a more digital and connected interior

Key indicators of climate change broke records in 2021, according to the UN