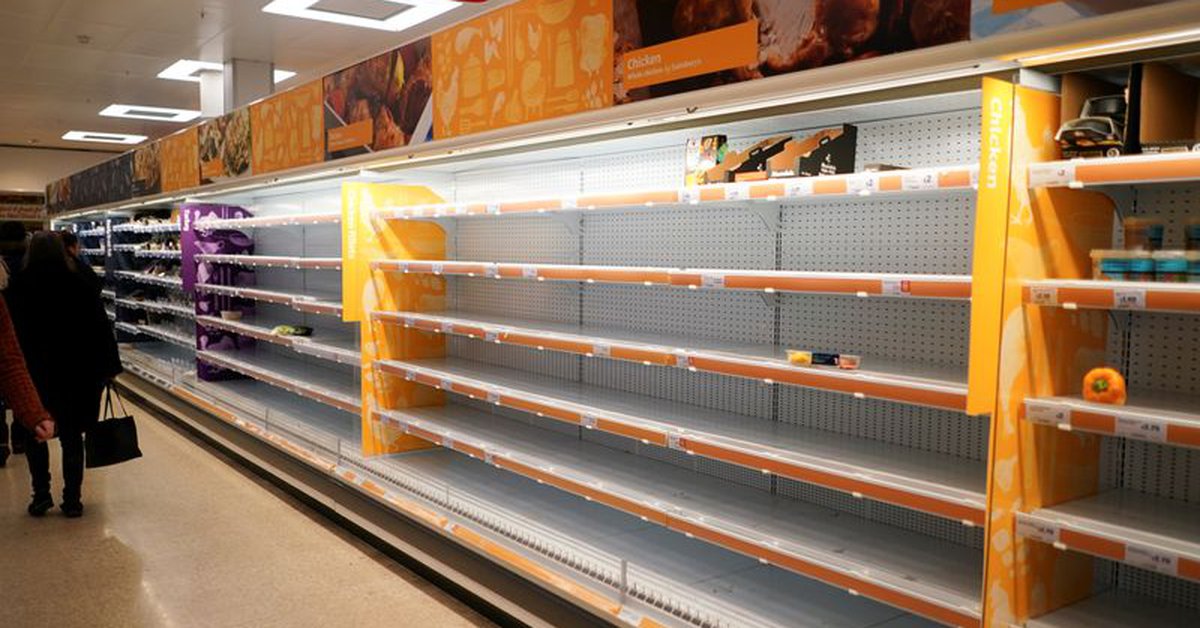 LONDON, Oct 14 (Reuters) – Two decades of cheap food consumption in the UK are coming to an end as food price inflation could hit double digits due to escalating costs over the course of the year. supply chain, warned Britain’s largest chicken producer.

“The food is too cheap,” said Ranjit Boparan, known as the “King of Chicken” and owner of the 2 Sisters group, according to The Times newspaper.

“In relative terms, buying a chicken today is cheaper than 20 years ago. How can it be correct that a whole chicken costs less than a pint of beer? We are facing a different world in which the buyer pays more.”

Boparan said the price hike is inevitable due to inflationary pressures throughout the supply chain.

Food prices rose 0.2% in annual terms in August, according to official consumer price data, breaking a nine-month streak of declines.