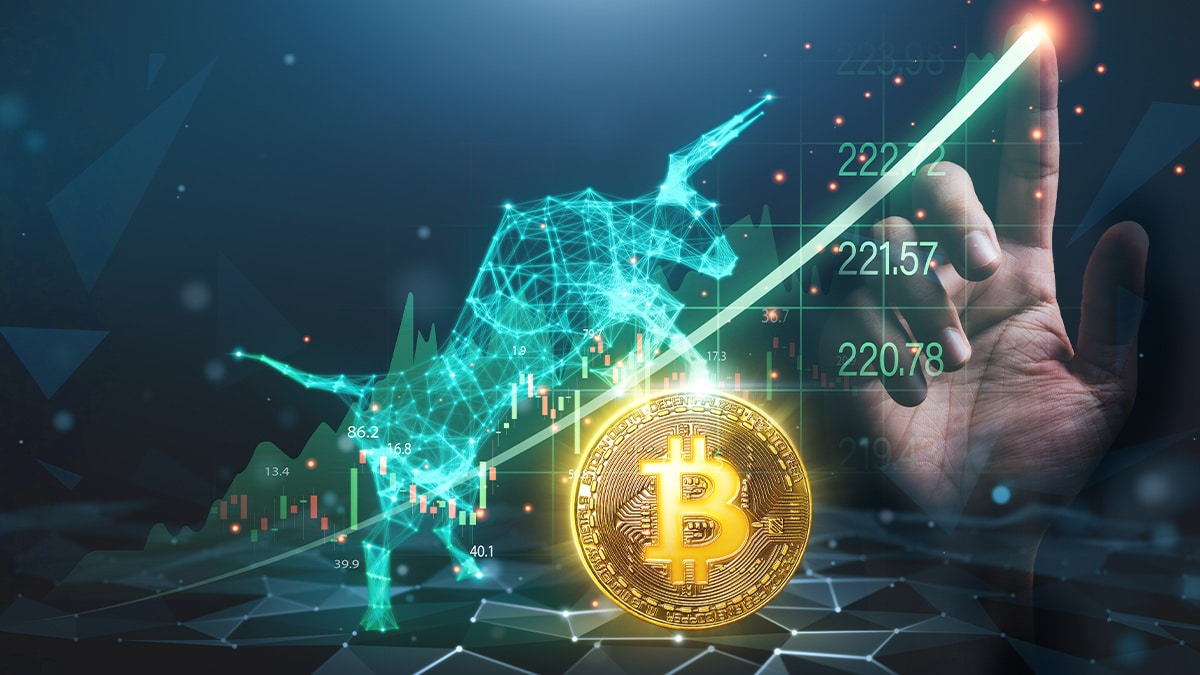 Within the framework of the correction of the price of bitcoin from its all-time high last November, the last two weeks have marked a significant upward trend, with a gain of 10 thousand dollars in that period. This rally has also served to mitigate the price decline since the all-time high, from 50% to 31%.

As reported by CriptoNoticias, in the month of January 2022 the price of bitcoin fell by 17%, while in February there was a rebound of 12%. Until now, a few days before the end of March, a green first quarter is outlined for bitcoinshould the current bullish momentum consolidate.

In the recent bullish phase of the price, there has been a succession of six consecutive days in the green for the first time this year, which leads the price of bitcoin to an appreciation of 15% in the last 7 days. At the time of writing this article, the price of bitcoin is USD 47,586.

But perhaps the most notorious consequence of this recent bullish phase is that the price of bitcoin, which started in 2022 with the worst January in its history, managed to return to profitability this year. Indeed, a positive return for bitcoin has already been recorded so far in 2022, although at the moment it is only 1.6%.

Basis for a bullish momentum in bitcoin

In the midst of this upswing, there are still many bitcoin investors “underwater” or with unrealized losses, especially those who bought around November 10, 2021. On that day, the price of bitcoin reached almost $69,000.

Even with the repercussions of the Russian invasion of Ukraine, which initially pushed the bitcoin market and traditional stocks lower, the cryptocurrency markets now seem to have assimilated the existence of the conflict.

On the other hand, in statements by the manager of the Russian Energy Committee last Thursday the 24th, commented by CriptoNoticias, the possibility of that country accepting bitcoin as a means of payment for sales of oil and other forms of energy loomed. This could be interpreted as a bullish factor for bitcoin.

the bitcoin analyst @TechDev_52 published on Twitter the conclusions of a market sign that would be indicating a positive season for the cryptocurrency, through a metric called Bullish Cross Bitcoin Vortex 3W. As the chart below shows, the indicator consists of two oscillating lines that appear at the bottom of the chart. One of them identifies positive price movements (blue) and the other identifies negative movements (red).

When the bullish line crosses above the one associated with bearish movements, it indicates an upcoming breakout to the upside of the price. @TechDev notes in his tweet that such a crossover has recently occurred, the fifth in 10 years. In the previous four times that the aforementioned crossover has occurred, a significant bull run has been initiated. The last one was in December 2020, when the price made a new all-time high above $20,000.

The fact that bitcoin has returned to profitability in 2022 and that it managed to breach USD 45,000 last week, considered a key resistance level, as reported by CriptoNoticias, are antecedents that strengthen the bullish sentiment that has resurfaced in the market. The iconic $50,000 mark is the next target for the bulls, which is doable if demand maintains its current momentum.

this is the highlight

El Salvador received 2,600 bitcoins in remittances in the last semester

According to Bitfinex analysts, cryptocurrencies will become a major market

JPMorgan anticipates bull market as bitcoin tries to consolidate at $20,000

This is Apple’s function to protect against cyber attacks