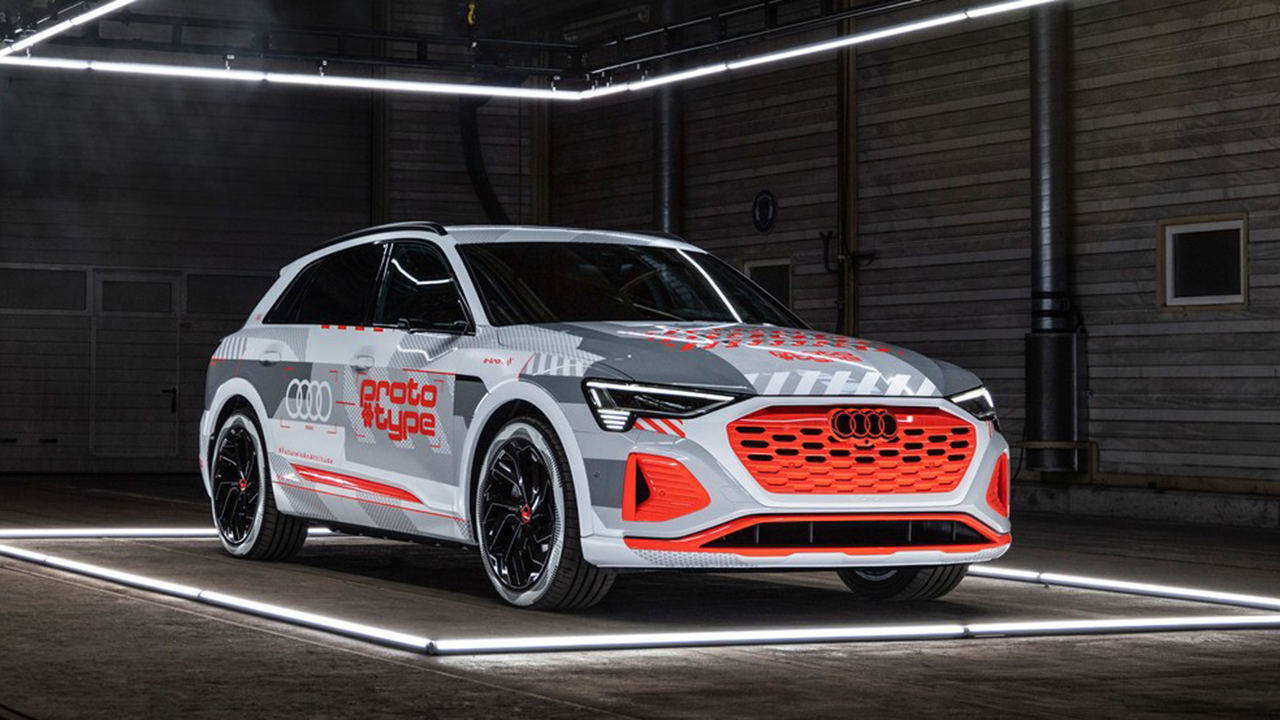 The facelift of the Audi e-tron is just around the corner. Audi offers a preview of the novelties that will debut its popular electric SUV through a prototype. The new Audi e-tron Prototype. A vehicle that, according to the company itself, shows the future of electric mobility.

The time has come for the audi e-tron undergoes a major overhaul. A facelift as a mid-cycle update that allows this generation, the first, to be able to face the rest of the commercial life that lies ahead. The development of the new Audi e-tron, in its two body variants, faces the final stretch. Each of the versions that make up the offer will be updated.

Audi has decided to show a small preview of what is to come. Within the framework of the E-Cannoball celebration in Hamburg (Germany), the new Audi e-tron Prototype. A prototype that we can define as the prelude to an expected update. Moreover, the brand itself points out that “the Audi e-tron Prototype shows what the future of electric mobility looks like.”

Just take a quick look at the images that illustrate this article to realize that the Audi e-tron Prototype has a feature wall art. Certain elements of the bodywork are finished in red. A color that contrasts with certain components painted in black and the decoration itself spread over the different body panels.

The grill is different. The Audi logo is integrated into it and there are certain openings to allow air to pass through. Flanking the grill are some optical groups that, although a priori seem the same, the brand itself anticipates that they include important lighting innovations. The bumper has also changed. has some new side air intakes whose design combines the shape of the base model and the sporty S variant.

Regarding the behind, there are also novelties. And they are equally relevant. The rear lights, like the diffuser and the bumper, have been updated. By the way, we can not ignore the alloy wheels. They have a very sporty design.

Will the Audi e-tron change its name?

Audi has not given more details about this prototype. The latest reports that have come to light about the update of the Audi e-tron indicate that the firm will seize the moment to make a name change. If the information is correct, it will be renamed Audi Q8 e-tron.

Beyond the new exterior design and the improvement that the technological equipment will undergo, a good part of the changes will be concentrated in the electric propulsion system. Audi’s goal is very clear. This SUV must offer more autonomy and shorter charging times.

The presentation of the new Audi e-tron is just around the corner. Landing at dealerships will occur sometime in the first quarter of 2023.